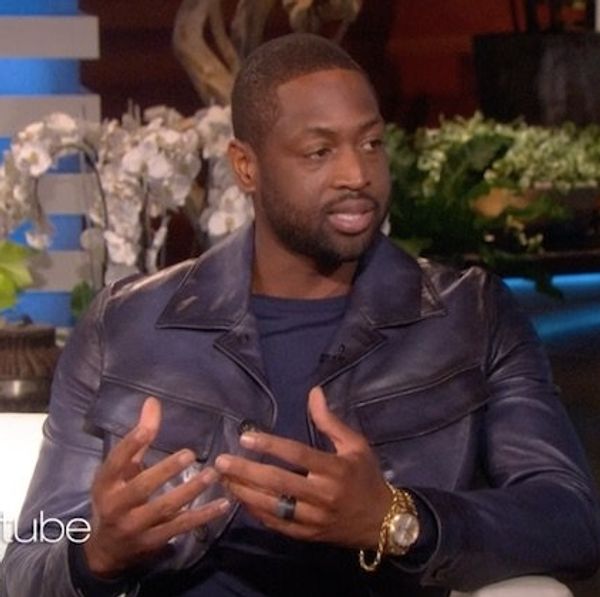 Wade and his wife Gabrielle Union have been very outspoken about their support for Zaya. Following a December interview in which Wade referred to his child with she/her pronouns, he revealed that she later sat down with him and Union, asking to be called Zaya as she journeys into her new identity. In that initial interview, Wade vocalized his family's support of Zaya, saying, "nothing changes with my love."

Wade described his reaction to DeGeneres. "I looked at her and said 'You are a leader,'" he said. "'It's our opportunity to allow you to have a voice.' Right now, it's through us because she's 12 years old, but eventually it will be through her."

As Wade and Union continue to empower Zaya, they are seeking advice and information from family and friends as to how they can most effectively help their child become her best self. Additionally, Wade and Union also actively work with GLSEN to fight discrimination against LGBTQ+ individuals, thus creating safer spaces for queer and trans kids everywhere. We love to see it. And so does the internet:

Everyone can take lessons in parenting from Dwayne Wade and Gabrielle Union. Wade is an especially important figu… https://t.co/mPodOUUPmW
— Frederick Joseph (@Frederick Joseph)1581431992.0

So incredibly moving watching @DwyaneWade so eloquently and lovingly talk about his 12-year-old daughter, who will… https://t.co/HlfckFxnvO
— Ξvan Ross Katz (@Ξvan Ross Katz)1581439879.0

NikkieTutorials: Guiding the Next Generation