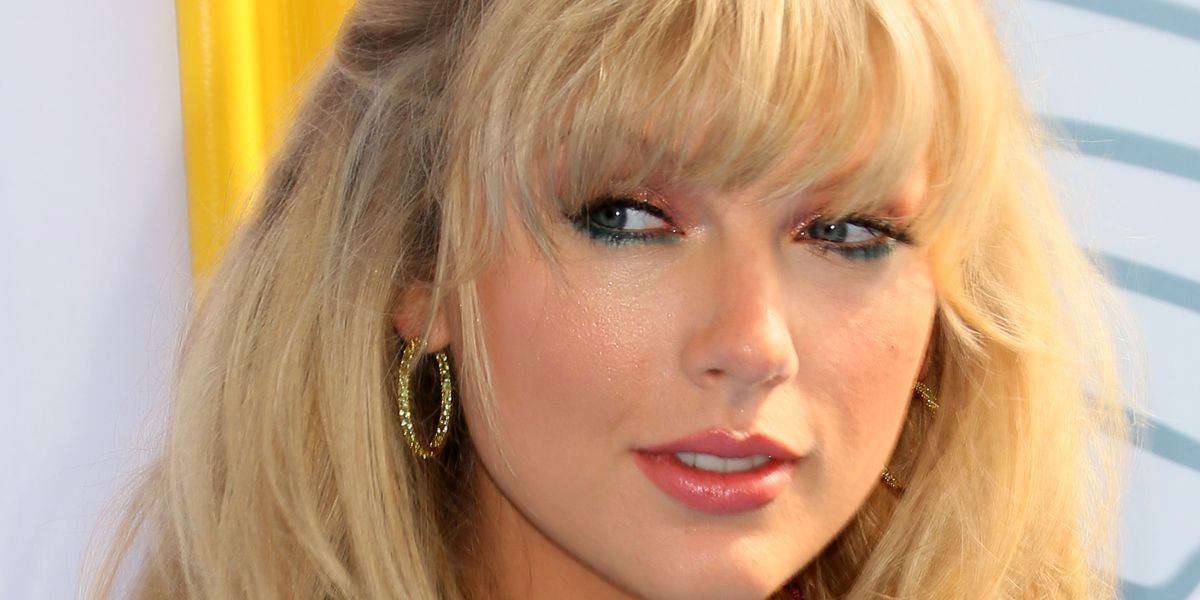 Taylor Swift sure knows how to throw a party. Over the weekend, the star set off a new meme craze amongst fans via the hashtag #DrunkTaylor and, turns out, Swift herself is very into the trend.

On Saturday, Swift threw a champagne-filled party in LA to celebrate her 10 VMA nominations. Amongst the attendees were co-stars from the music videos for "ME!" and "You Need to Calm Down" — including Laverne Cox, Hayley Kiyoko, and Chester Lockhart — and, needless to say, it looked like a blast from all the IG stories.

But what really sent the internet spiraling were a few photos and videos of Swift dancing, head-banging, and lip-syncing to "You Need to Calm Down." And though we can't confirm whether or not she was actually tipsy at the event, Swifties were quick to rally on Twitter.

From swirl effect edits to White Claw references, the #DrunkTaylor tag is a verifiable treasure trove of meme-age. And even Swift herself is a fan — if her Instagram acknowledgment is any indication.

Threw a party to celebrate with the people who made the ME! & YNTCD videos with me- and we had so much fun that ‘Drunk Taylor’ is trending on Twitter. CHEERS. 😆🍾👍👏

"Threw a party to celebrate with the people who made the ME! & YNTCD videos with me- and we had so much fun that 'Drunk Taylor' is trending on Twitter," Swift wrote beside the post, before signing off with a peppy, "CHEERS."

Aw, talk about cute. Check out a few of our favorite #DrunkTaylor memes, below.

me the first day of school seeing the loud girls screaming and i’m just like damn it’s seven am #drunktaylor pic.twitter.com/ckwe2OmggG

Me explaining literally anything about Taylor to someone who isn’t a fan#drunktaylor pic.twitter.com/MXHKX0RPSh

Get you a girl that can do IT ALL #drunktaylor pic.twitter.com/ElOUm36C53

taylor swift drunk dancing up against hayley kiyoko is... all i ever wanted #drunktaylor pic.twitter.com/kdV2MryaPw

A wild Drunk Taylor appears!
What should you do? pic.twitter.com/1N2Rtk0CBr