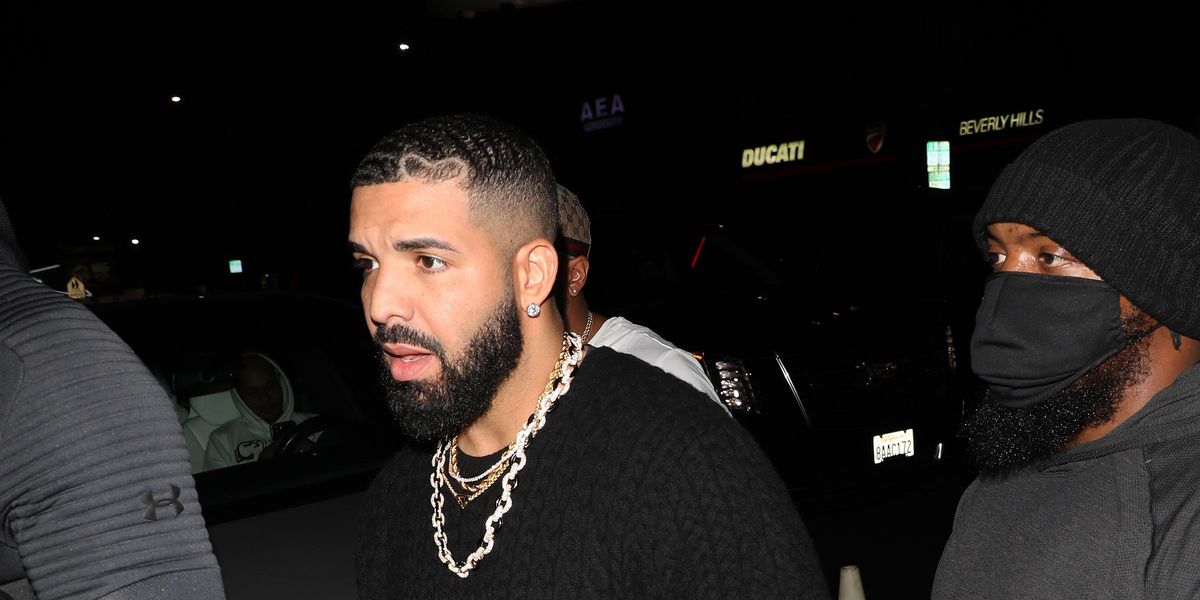 Drake has finally revealed what happened to his hair.

As you may may already know, the rapper's been maintaining a heart-shaped cutout in honor of his forthcoming album, Certified Lover Boy. And though there have been plenty of memes about the look since late last year, a more recent topic of discussion has apparently been his hairline.

It all started after Drake recently uploaded an Instagram Story from the studio, which was quickly reposted by a fan account called @drizzy_drake_vids. But given the fact that his new hairdo only featured the top half of the heart, the account also included an older photo of the look and captioned it, "That heart is stressed."

However, it didn't take long for Drake himself to pop up in the comments and explain the shrinking heart was the result of one of his COVID-19 symptoms — namely, hair loss.

"That shit grew in weird. I had to start again," he wrote alongside a cry-laughing emoji, before reassuring fans that the heart was "coming back." And in the meanwhile? "Don't diss," the star said, even though that definitely hasn't stymied any roasts.