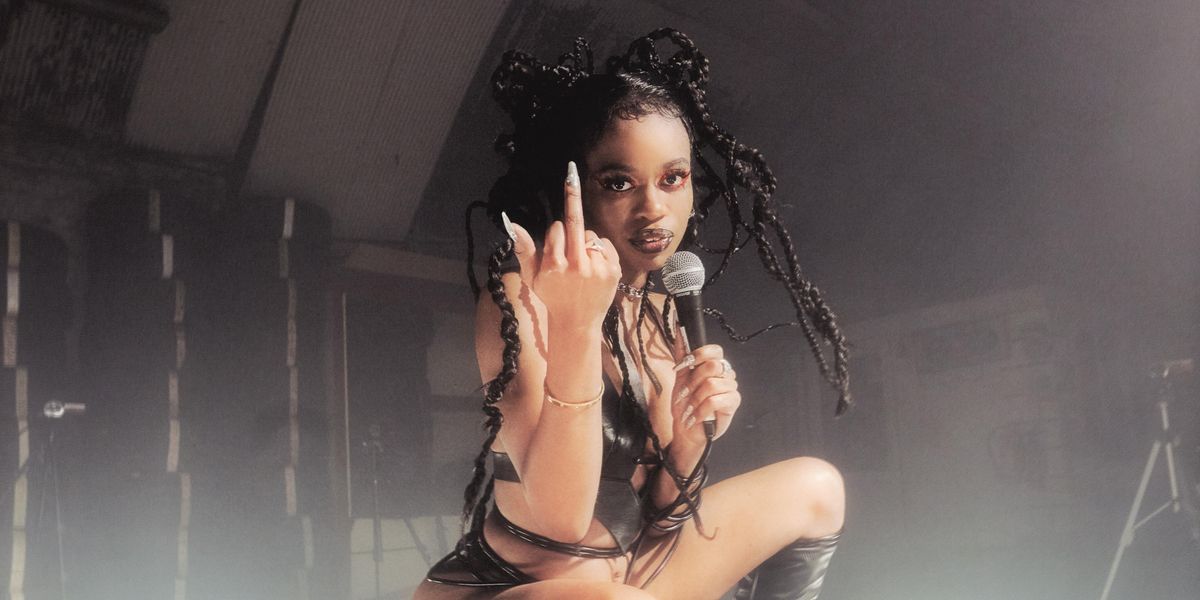 Whether you love or hate Grimes' boyfriend — the world's richest person, polarizing SNL performer and noted alien denier — rapper DETO BLACK's new single, "Tesla," will be the great equalizer. Drenched in gritty, blown out beats and police sirens, the rising Nigerian artist unloads "that freaky shit" through sexy one-liners: "Boy toy, yeah he ride me like a Tesla," she raps. "Ate my ass, then he fucked me on the dresser."

A taste of BLACK's forthcoming debut EP, "Tesla" was one of the first tracks recorded for the project while in London with her producer Odunsi (The Engine). The two wanted to create a track that made BLACK "feel powerful," while striking a balance between her feminine and masculine energies.

BLACK's "Tesla" music video, premiering today on PAPER, looks almost like a leaked early aughts sex tape, with personal lo-fi shots that thrust the camera right into her face as she spits the lyrics. In a cloud of smoke and a concrete space begging to host a post-lockdown rave, BLACK wears leather heart-shaped panties and rides a bedazzled Tesla.

"With this video, I wanted to channel the energy that comes from being unapologetically me," BLACK says. "My idea of what it means to be a Black African woman and a rock star; the perfect blend of divine feminine and masculine energy. I worked with the amazing director Aidan Zamiri to create a very powerful and sexy imagery."

Born in Lagos, BLACK initially broke into music with her guest verse on Odunsi (The Engine)'s single, "Body Count," featuring Amaarae and Gigi Atlantic. Since then, she's been quietly working on her solo material and leading Nigeria's young, creative scene — especially as a local style icon alongside her friend Mowalola.

Watch DETO BLACK's "Tesla," video, above, and stream her single via Platoon, below.