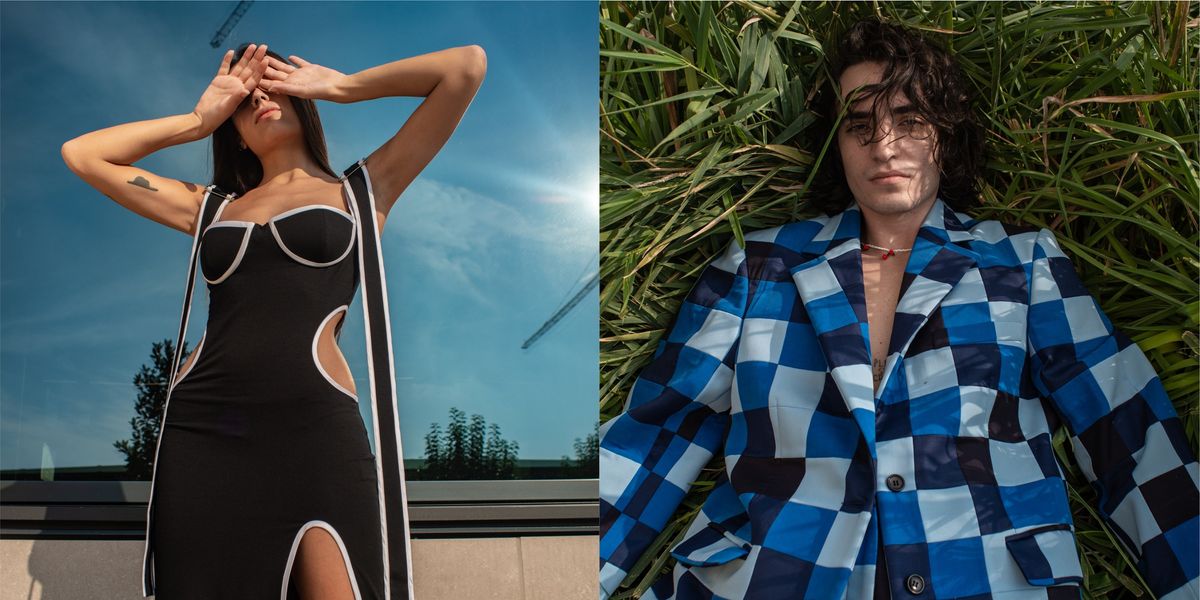 Ji Won Choi possesses an unprecedented, worldly perspective. The 27-year-old designer was born in Seoul and raised in Oklahoma, then attended school in New York City and Paris, all before entering the workforce in Milan, where she currently houses her eponymous label. Today, with the globe on her shoulders, Choi is taking international runways by storm, exploring social issues through fashion and striving to bridge cultures with each of her collections.

Rewind a few years; after graduating from the Parson's School of Design, Choi took home the Kering Empowering Imagination Award and the YOOXYGEN Award for her thesis collection — a range of statement pieces built for a stripped-down closet, dubbed "Excessivism" — which led to a multitude of opportunities that placed Choi at the forefront of fashion.

In 2019, the designer debuted a colorful, three-striped collection with Adidas Originals, one that the likes of Kendall Jenner and Beyoncé were quick to sport. In tandem with the collaboration's success, Choi appeared as a contestant on Tim Gunn and Heidi Klum's global design competition Making The Cut, where she finished in fifth place among the 12 competitors.

In the past, Choi has shown collections under her eponymous label during New York Fashion Week and London Fashion Week along with her major partnerships, but today, she's focusing on rebranding her line as a singular designer, independent from collaborations and indulgent in her own aesthetic. Riding the momentum of her milestones this year, Choi debuted her new-and-improved Spring 2021 namesake collection on an entirely new front: Milan Fashion Week.

"This collection was the first collection that we launched after my rebranding," Choi explained. "It's about taking my own heritage, Korean heritage, to Italy where Italian artisans created all the little details, the hand painting and all the textiles, which were individual squares that were all sewn together out of deadstock materials. It's very labor intensive, and it's focusing on craftsmanship and the work with artisans, but it's done in a very modern way that can be taken out into the streets."

A bright homage to Choi's roots, the collection — titled "Antecedent" — calls on a traditional quilting method called "jogakbo" and an array of vivid textiles to instill a sense of interconnectivity into each piece. The designer's signature lining techniques elevate dresses, buckled tops and jumpsuits, while side stripes resembling luggage tags speak to Choi's international presence on similar silhouettes. As for the statement pieces, a blue patchwork suit complements a red dress in the same detailed fabric, and a futuristic, black-and-blue jacket flaunts the dedicated craftsmanship present throughout the range.

Choi's design process is just as personal, too. Instead of handing her sketches to a third party for initial samples, the designer crafts each sample herself, before trying them on herself to gauge how they fit.

"We have sewers at factories here, but I think for a lot of designers, it's very hard to translate your drawing into 3D when you give it to someone else," she explained. "I have to see it on my own body rather than on a model because I know myself. I know if it feels too tight or if it's too short or whatever, so I can adjust the 3D form in that way, and then I put it on a model and see it from an outsider perspective."

As part of Choi's rebranding, sustainability played a critical role in this latest range's creation; she ensured that each fabric and design process was entirely eco-friendly. "We use deadstock fabrics and certified organic fabrics and we trace each step of our entire global footprint," she said. "We also work with a lot of suppliers in Italy that are very sustainably focused. They developed such crazy things, like leather out of mushrooms and cactus. It's insane."

Bridging Italian artistry with her Korean DNA, Choi's Spring 2021 collection does exactly what she wants it to do: promote interconnectivity among heritages through a melting pot of cultural design techniques. "I hope that my work dealing with different cultures makes people a little less intolerant of different people and different places," she said of her life-long goals in fashion. "What I really try to do is bring different elements from different places and merge them together so that they can coexist."