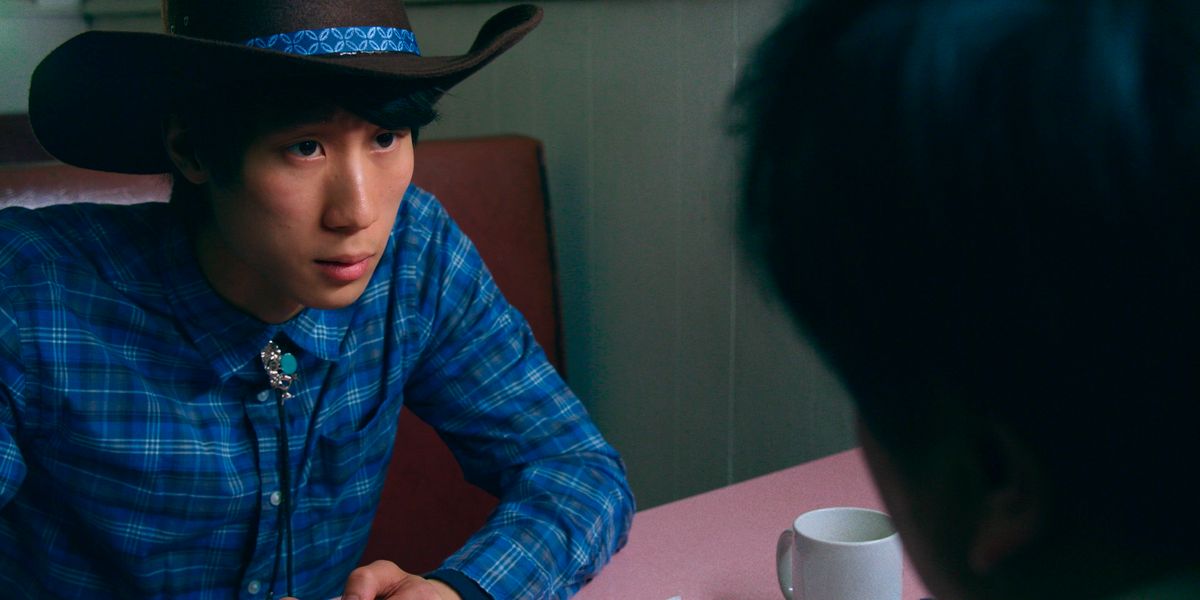 This Short Film Asks: Why Can't I Be a Chinese Cowboy?

Chinese-American filmmaker Jingjing Tian created a six-minute short film that challenges a common archetype of the ever-elusive American Dream: The western cowboy. Cowboy Joe, then, is an exploration of how that archetype remains a powerful symbol of American masculinity, adventure, and old-fashioned virtues, including hard work and rugged individualism.

But when its main character, Chinese-American Joe tries on cowboy drag — bolero, hat, Levi's, boots, and all — the symbol's tendency toward caricature becomes exaggerated. We begin to wonder, who is this American Dream for, anyway?

Joe ponders these ideas as he boldly tells his Chinese father, who has a traditional, "sensible" outlook, that he's moving from New York to a ranch to be a cowboy — that it's his dream, and we, as the viewer, don't get to decide it for him. But then we ask ourselves, as we experience Joe's rejection from his father, Why don't we believe in his dream? Can even the seemingly most outrageous dreams be attainable for us all? After all, isn't the whole point of dreaming —whether it "belongs" to America, or not — to feel a sense of freedom, however fleeting?

"I grew up in China and Texas, so in a way, I am the female version of Cowboy Joe," Tian tells PAPER. "He's a fictional manifestation of who I am. As a Chinese American growing up in rural Texas, I was constantly rejected by the people around me, but all I wanted was to be accepted. Why can't I be Chinese and Texan? Why do I have be one or the other? I wore a belt buckle to school. If the Greeks have their gods then America has the cowboy and the freedom of the Wild Wild West. The short film is a reimagination of the traditional Western ideal. It's about a Chinese-American claiming an identity that he's never been given access to, even excluded from. Joe wants the freedom to be who he wants to be and do what he wants to do, no matter what his father or what his tradition dictates him to be. The pathos is that he has the freedom to be all of these things — Chinese, American, cowboy, restauranteur, dancer, New Yorker. He doesn't have to be just one. It's the best form of cultural appropriation because it's about inclusivity."

Watch the PAPER premiere of the trailer for Cowboy Joe, below.