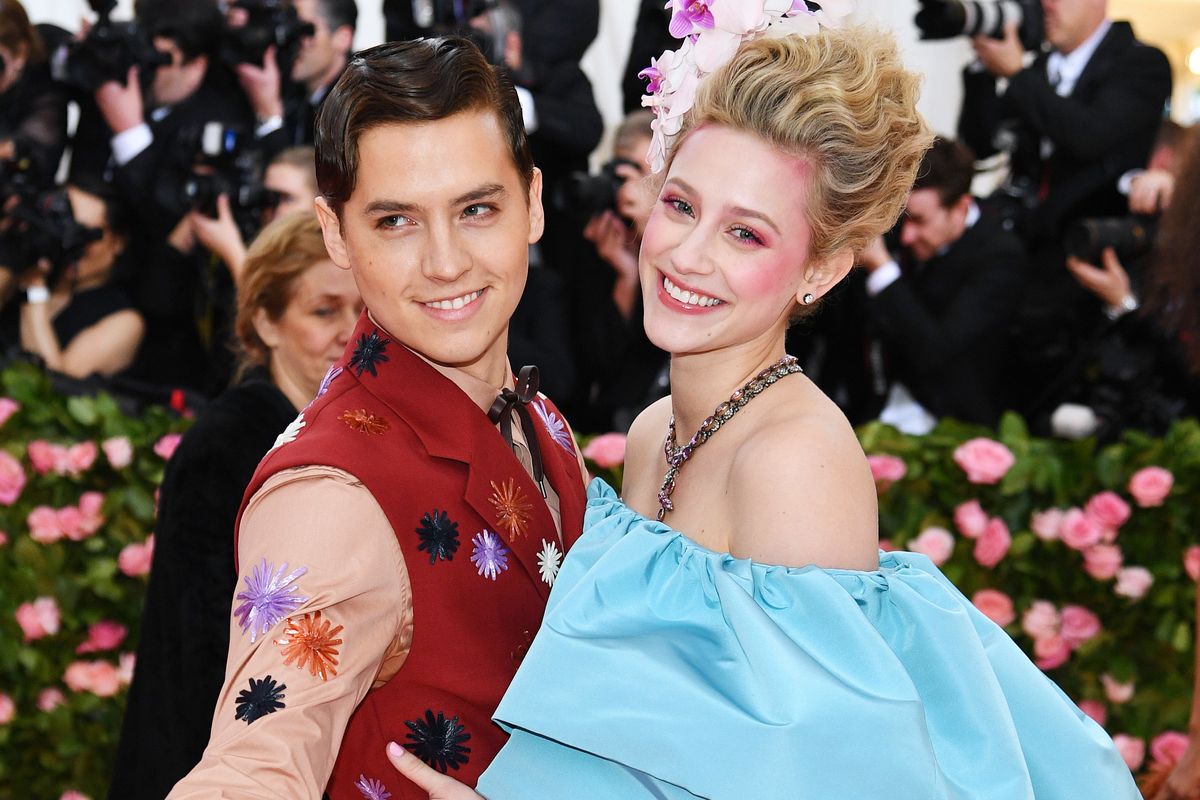 Today we say goodbye to one of the internet's most cherished couples: Cole Sprouse and Lil Reinhart, aka the real life Betty and Jughead, have broken up after nearly two years together, according to Us Weekly.

Although they are very astrologically compatible as a Leo-Virgo power couple and we know the sex was good, Cole was overheard this week at a Comic-Con party telling a friend that the pair had split.

Nonetheless, Cole and Lili are keeping it together for the fans, and doing press for Riverdale at the convention all week. Reportedly, the costars have been friendly (just yesterday, Lili teased Cole and KJ Apa on Instagram, captioning a photo of the three of them, "Please don't put me between these two ever again") but keeping their distance.

They've come full circle: the Riverdale co-stars first debuted their relationship at Comic-Con 2017, where they made out for the paparazzi. Over the next two years of playing spooky teens together, slaying the red carpet, online PDA and generally being very sweet to one another, they became one of the most shippable TV couples.

Their Comic-Con composure is a good sign, given the fact that they're currently smack in the middle of filming Riverdale season four. However, it's rumored that, Betty and Jughead's on-screen relationship will also be "put to the test" in the upcoming season, so hopefully Cole, Lili and their stans will get the cinematic closure they need.