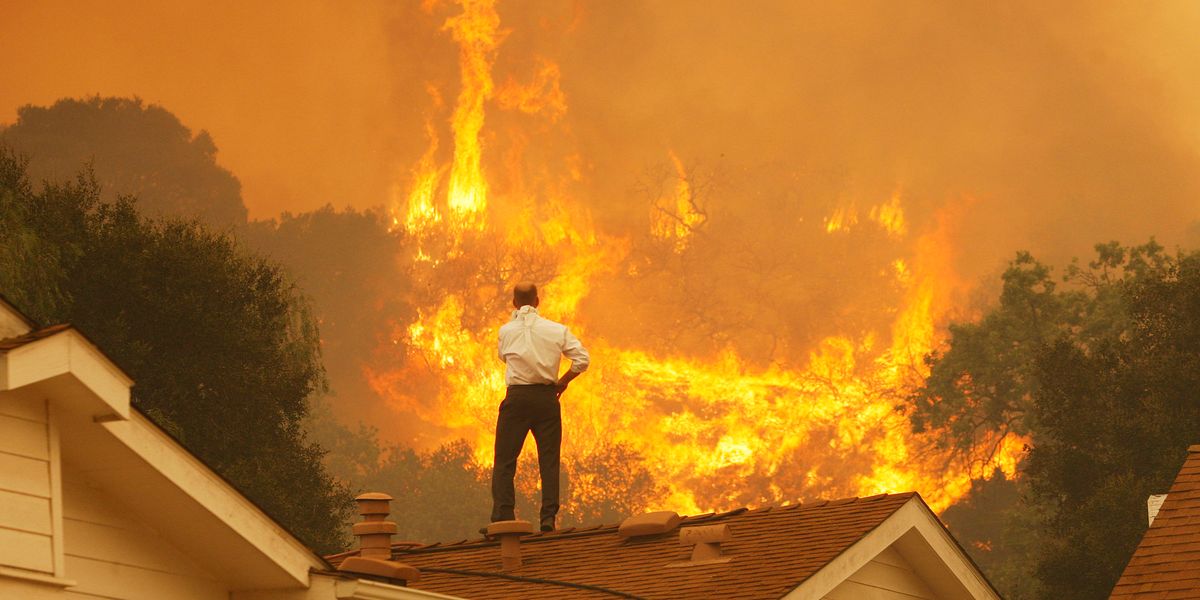 A terrifying, new report on climate change claims that the end of human civilization is, indeed, much nearer than we all thought.

According to an analysis from Australia's Breakthrough National Centre for Climate Restoration think-tank, climate change presents "a near- to mid-term existential threat to human civilization." The report — which has been endorsed by Admiral Chris Barrie, the former chief of Australia's military — adds that there's a "high likelihood" of human civilization collapsing by 2050 if issues related to greenhouse gas emissions continue to be ignored.

Perhaps the most sobering example they warn of is a "2050 scenario," in which one billion people in places such as the Middle East and West Africa will have to relocate due to unlivable climate conditions. In the meantime, they posit that 55 percent of the world's population will also have to deal with over 20 days of lethal heat conditions every year, in addition to food production becoming inadequate.

Related | Powerful Scenes From the Youth March Against Climate Change

"This scenario provides a glimpse into a world of 'outright chaos' on a path to the end of human civilization and modern society as we have known it," the report reads, "In which the challenges to global security are simply overwhelming and political panic becomes the norm."

And though the potential extent of damage is difficult to fully grasp as it falls "outside the human experience of the last thousand years," what they do know is that at our current rate, we're due to increase global heating by at least 3 degrees Celsius — an amount that is far more than enough to set off a chain-effect leading to the collapse of ecosystems from the Arctic to the Amazon.

As such, the result of all this would be "planetary and human systems reaching a 'point of no return' by mid-century, in which the prospect of a largely uninhabitable Earth leads to the breakdown of nations and the international order." The paper argues that to avoid this scenario, the world needs to act in a manner "akin in scale to the World War II emergency mobilization," focused on building a new zero-emissions industrial system.