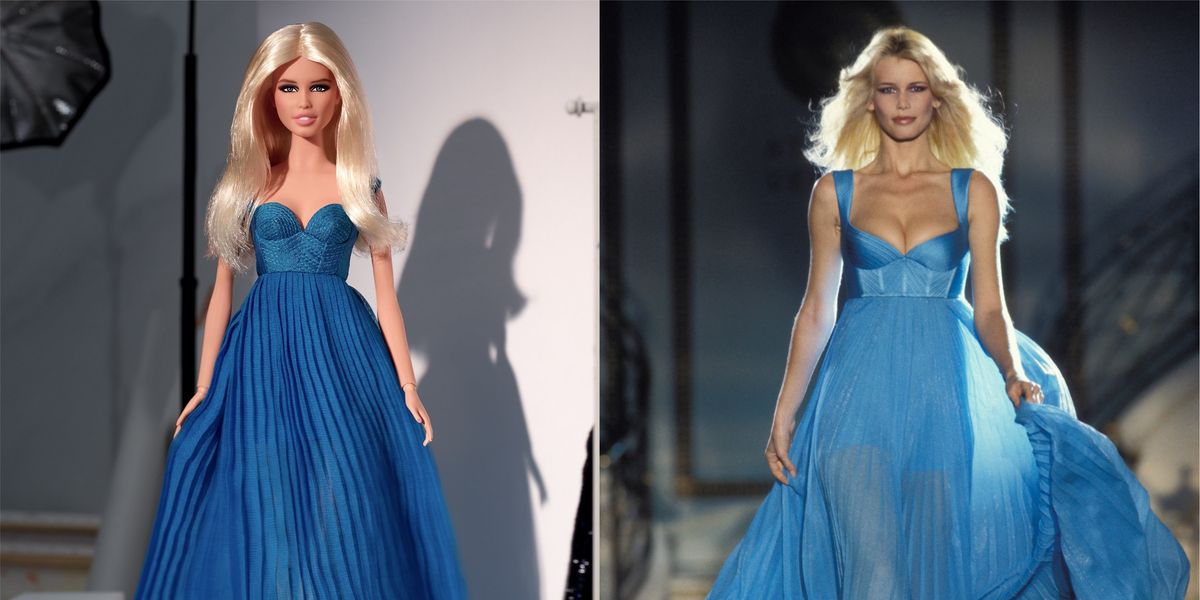 German supermodel Claudia Schiffer turned 50 this year, joining the age bracket of fellow '90s fashion mainstays Naomi Campbell, Cindy Crawford and Linda Evangelista. (She holds the Guinness world record as the model with the most magazine covers — over a thousand.)

Keeping the celebrations going, Schiffer teamed up with Barbie to recreate two major looks from her career in fashion: a blue floor-length dress she walked in for Versace's Fall 1994 runway and a black cut-out look from the time she starred in Balmain's Spring 2016 campaign.

"Claudia Schiffer is, of course, one of fashion's most transformative figures — she's the definition of a supermodel," said Balmain Creative Director Olivier Rousteing in a statement. "Over the decades, she's inspired millions with her distinctive mix of confidence, style and beauty. Seeing her in one of my favorite runway looks was one of my proudest moments — and the Balmain campaign that she shot for me will forever remain one of my favorite memories."

Donatella Versace had similar praise for Schiffer: "When Claudia first stepped into the runway, with her blonde, long hair and the angelic face, the whole world immediately saw her as the personification of Barbie. I am so proud that to celebrate Claudia's 50th year, the blue gown from the 1994 show was chosen as her outfit. Feminine and glamour, it really epitomizes the style of both of them."

The dolls will be available soon on Barbie Signature's site.

Photos via Getty/ Courtesy of Barbie