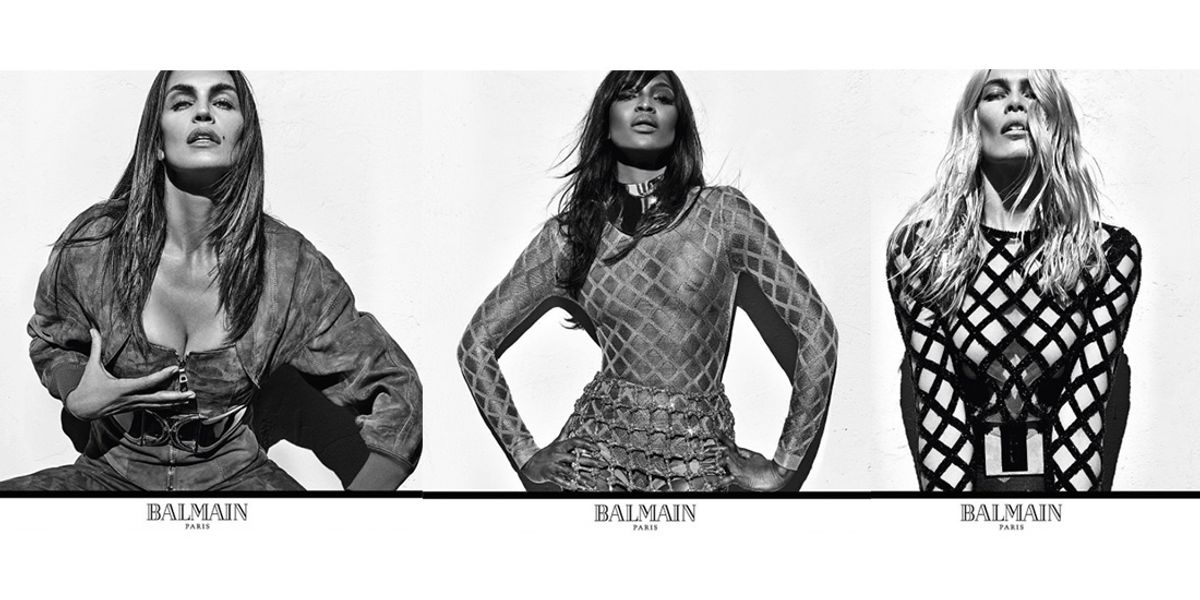 The #BalmainArmy is apparently recruiting a new crop of soldiers with perfect facial symmetry, bringing together three of the most iconic models of all time. Naomi Campbell, Cindy Crawford and Claudia Schiffer have joined forces (along with photographer Steven Klein) to show off Olivier Rousteing's Spring creations. And boy do their incredible, supernaturally ageless bodies carry the garments.

Up until now, Rousteing has had a pretty solid Gen Y focus, using models such as Kendall Jenner, Gigi Hadid and even the Biebs in campaigns and on the catwalk. But when talking about Balmain's latest efforts and his use of these iconic models, he noted:

For all the images, head over to Balmain's Instagram. Prep your eyes. This is some incredible stuff.