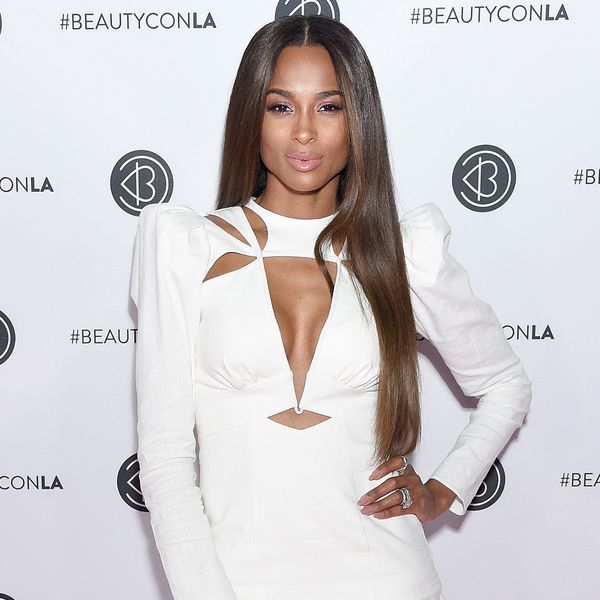 Ciara Is Launching a Beauty Brand

Following in the footsteps of Rihanna and Lady Gaga, fellow musician Ciara has announced she too is contemplating a beauty venture of her own.

"The beauty space is inevitable for me," she said on Sunday at Beautycon LA. "It's been a lifelong dream of mine to do something in the beauty space, and there are lots of cool things that I've been cooking up and working on, and I can't wai until the time is here to share it with the world."

While it's unclear how soon would that be and what products would be part her potential brand, the singer did mention that it would be a "combination" of both skincare and makeup. "More than anything, I just want it to be thoughtful," she added.

Talking about the current wave of inclusivity in the industry spearheaded by the likes of Rihanna among others, she said: "It's been a long time coming. Inclusivity is always better. When people make those changes to their approach to the beauty landscape and business, it benefits the world. It's the right way."

Related | NARS Wants You to Put a Dick to Your Lips

This isn't the first time Ciara has dabbled in beauty. In 2016, the singer was signed on as the official spokesperson for Revlon. Since then, she has been exploring a number of creative ventures including launching her own record label, Beauty Marks Entertainment, earlier this year.

She is also additionally working on projects for her own company, Why Not You Productions. "We ultimately want to impact people's lives through storytelling," she said of her production work. "Honestly, I'm having the time of my life these days. I want to maximize these moments."