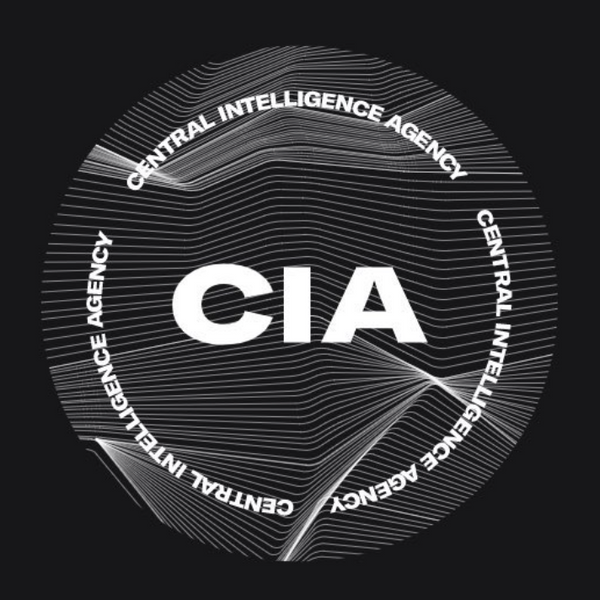 Today in our dystopian hellscape, the CIA has introduced an aesthetic rebrand that feels better suited to a rave flyer or millennial pop-up shop than a war-mongering government agency.

On Monday, the CIA launched a full-scale rebranding effort meant to encourage a younger, "more diverse" talent pool and distance itself from its "old boys club" reputation. And so in tandem with the hashtag #DiscoverCIA, the organization debuted a new website and logo design — much to the chagrin of Twitter.

Related | Zara's New Logo Is a Little Too Close for Comfort

As people online noted, with its black-and-white circle and wavy lines, the CIA logo wouldn't feel out of place on a flyer for a techno festival or a "Boiler Room set," as DJ/producer Dani Deahl said.

"CIA rebranding as a modular synthesizer festival in Berlin," comedian Sarah Squirm added, while journalist Max Pearl went on to point out that the logo is "literally a Mutek poster."

CIA rebranding as a modular synthesizer festival in Berlin pic.twitter.com/3PQwejMGUq

The new CIA logo is literally a Mutek poster pic.twitter.com/3RsPzWzDFt

cia bout to drop the phattest lineup for the biggest Detroit techno party since 1997 pic.twitter.com/ibQYaizWex

Meanwhile, others couldn't get over the logo looking like the album art for some band who's "gonna be on Pitchfork's Best New Music soon," with people like writer Bradford Pearson joking that, "CIA about to drop a new 7" on Sacred Bones."

CIA about to drop a new 7" on Sacred Bones https://t.co/cnwhGMGFzP

And many more thought it looked like a design for a brand like Urban Outfitters, a website like The Intercept or, as creative director Zach Roif wrote, a "'hungry independent ad agency focused on their culture as much as their work.'"

Rejected redesign for the CIA pic.twitter.com/PGULcfzb9B

The CIA just rebranded to look like “hungry independent ad agency focused on their culture as much as their work” pic.twitter.com/XCnn6FGuDg

And while the CIA has yet to address the memes (amongst many other things...), thanks to our fellow Twitter users, at the very least we now can see a mock-up of what their merch would look like. Talk about bleak.

Took 20 minutes out of my day for this pic.twitter.com/9Xsfai3cJe