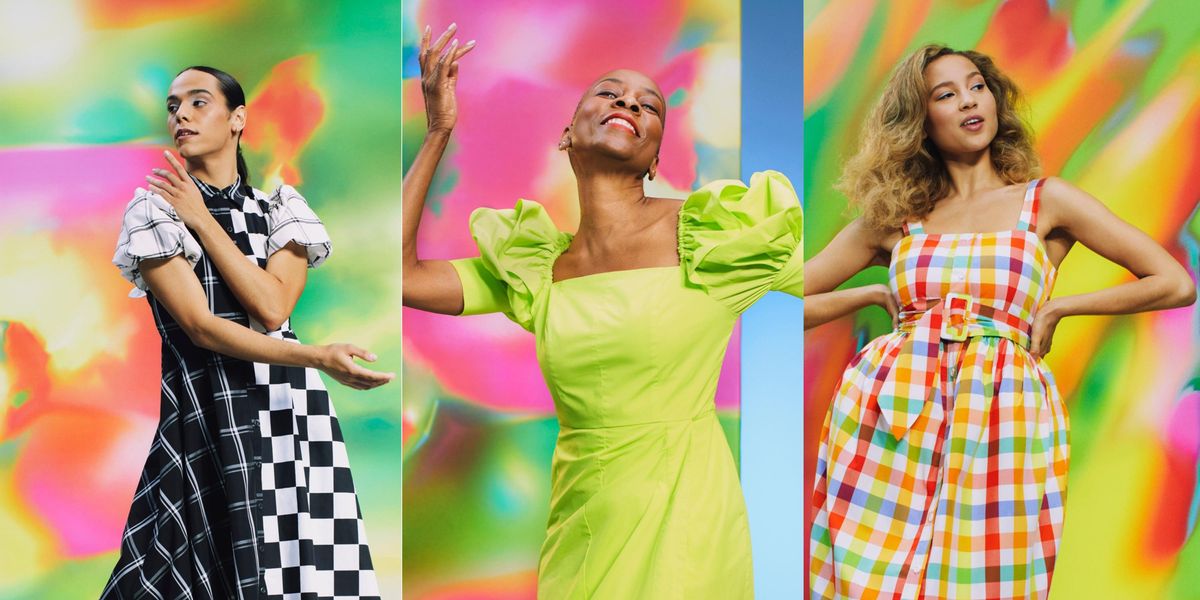 Update 4/29: The full lookbook for Christopher John Rogers x Target has been released, and it features 17 looks in total ranging from $40-$60 in sizes XXS-4X. A launch date has been set for Sunday, May 16 in select Target stores and at Target.com. See the lookbook, below.

After dressing nearly every major starlet under the sun and creating a custom inauguration look for our Vice President, the next chapter in Christopher John Rogers' path to fashion domination reads like a rite of passage for any young designer: a collaboration with a mass retailer, in this case none other than Target.

The company announced the news today as part of its Designer Dress Collection, which made its debut last year with Cushnie, Lisa Marie Fernandez and LoveShackFancy. For this season's lineup, which also includes Alexis and Rixo, Rogers created three statement dresses in his signature prints and bright colors, all of which will be available in sizes XXS-4X. One of the looks, a Crawfish floral cotton frock, was inspired by archival couture and vintage floral seed packaging.

"For more than 20 years, Target has partnered with some of the biggest names in the industry and had the opportunity to introduce our guests to emerging designers who are shaping fashion and culture today," says Jill Sando, executive vice president and chief merchandising officer at Target. "With this spring collection, we're celebrating three incredibly talented and diverse designers, all while creating our most size-inclusive collection of original, quality dresses that we know our guests will love."

Rogers, Rixo and Alexis join a long and exclusive list of past Target designer collaborators, including Alexander McQueen, Proenza Schouler and Jean Paul Gaultier. The best part of this collection? Everything is less than $60. All three collaborations will be sold at Target.com and in select Target stores starting later this spring. But let's be honest, we're truly here to gag over ChristopherJohnRogers x Target.