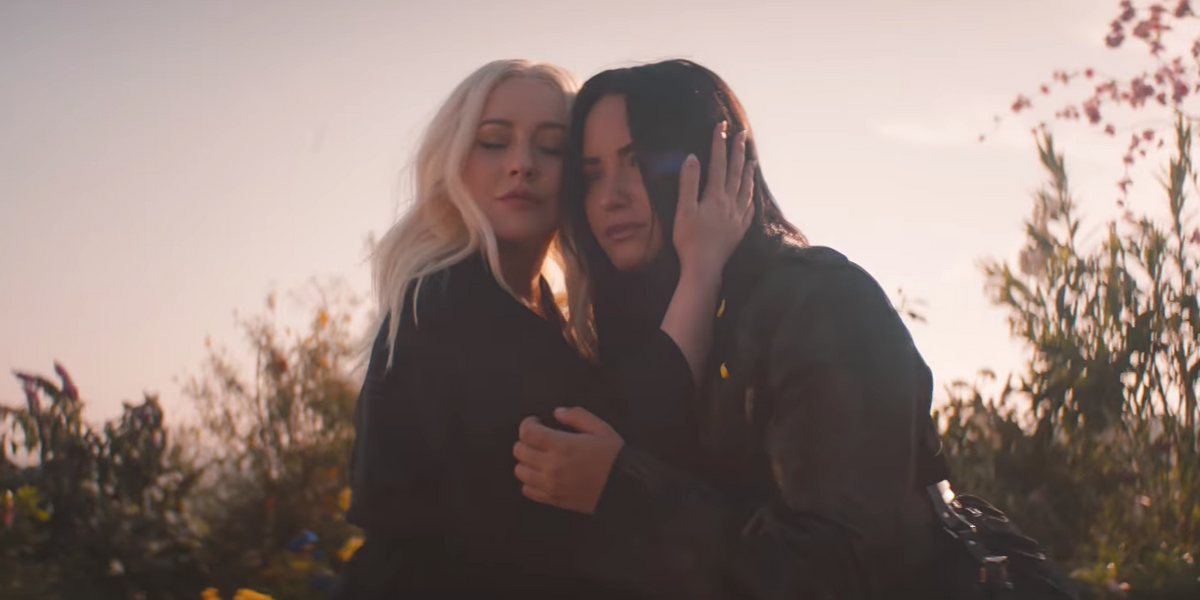 We've all been waiting for Christina Aguilera's Demi Lovato-assisted "Fall In Line" (A.K.A 2018's answer to Xtina's "Beautiful") visual, and now we have been gifted a truly iconic Luke Gilford-directed video to accompany the feminist anthem.

The two are inmates in a very under-populated prison with max security in "Fall in Line" and manage to escape by seducing the guards... then beating them to a pulp. They emerge in paradise, clutching each other in the sunlight between flashbacks to the friendship of Aguilera and Lovato as little girls.

"Fall in Line" follows previously released "Twice" and "Accelerate" with Ty Dolla $ign and 2 Chainz, which will all feature on Aguilera's upcoming album Liberation, dropping June 15.

Check out the video, below, and count down the days.