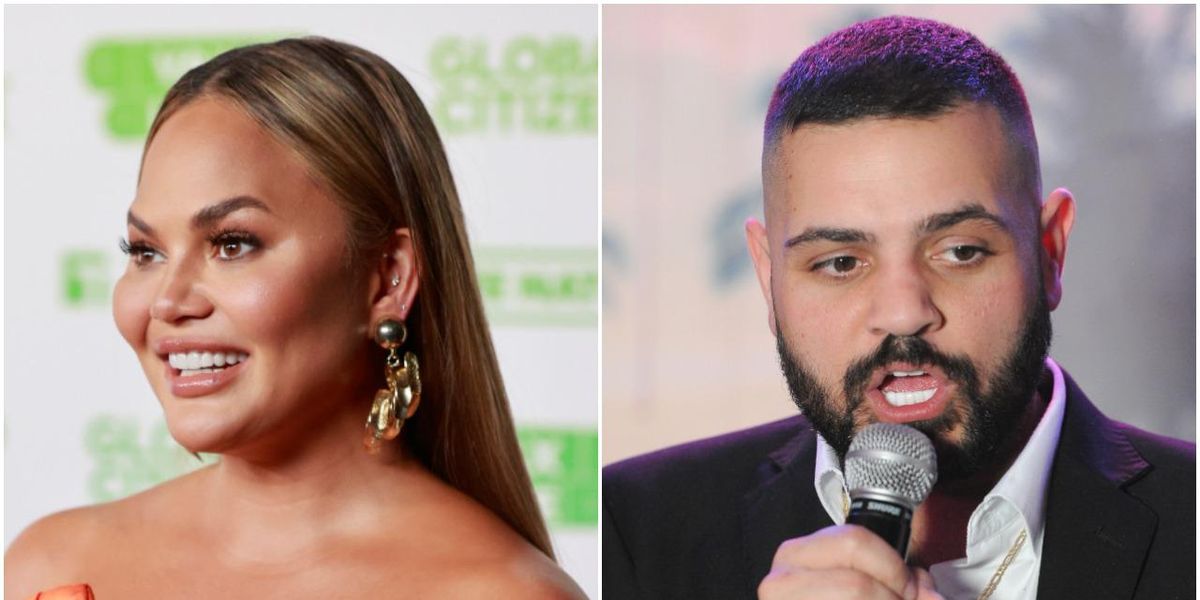 Chrissy Teigen has responded to Michael Costello's claims that she tried to bully him in the past.

On the heels of the model's lengthy apology for being a "troll" who contributed to the public "pop culture pile-on" of Courtney Stodden, the fashion designer took to Instagram to allege that Teigen also tried to ruin his life with "vindictive cyber slander," which left him "traumatized, depressed and has thoughts of suicide."

According to Costello, it all started in 2014 when Teigen accused him of being "racist" after a "former disgruntled employee" shared a supposed screenshot of him using the N-word, which he contended was fake. The former Project Runway contestant then went on to post a purported DM exchange with Teigen, in which she allegedly told him that "racist people like you deserve to suffer and die," before saying she tried to get him blacklisted from the industry.

"I didn't want to do this, but I can not be happy until I speak my mind," Costello said at the time. "I need to heal and in order for me to do that I must reveal what I've been going through."

However, after a representative for Teigen said the DMs were manipulated, Costello doubled down on the allegations in a statement shared with PAPER, saying that "the fact that Chrissy Teigen's team is desperately trying to prove the DM's are fake and attempts to discredit Michael Costello... confirms that she remains the same bully, despite her public apology."

"When a victim feels like their only recourse is to speak up, and the abuser's first move is to discredit the victim and shame him publicly, this perpetrates victim-blaming and it costs lives," his team said, adding that "she refused to believe him" even when presented with evidence that the "alleged racist comment she saw was fake."

Additionally, his statement also contended that there were "emails and documents unreleased to the public which confirms Chrissy Teigen has gone beyond social media to blacklist Michael Costello offline," before maintaining that her team was now trying to "discredit Michael's character in an attempt to salvage her image and partnerships negatively impacted by her decade-long problematic behavior."

That said, in response to Costello's statement, Teigen tweeted out a statement on Friday denying the claims and saying that the DMs were faked.

Related | Chrissy Teigen Apologizes for Being a Cyberbullying 'Troll'

"I have no idea what the fuck Michael Costello is doing," she said in accompanying tweets, which also featured alleged screenshots of recent friendly exchanges between the two. "He just released a statement where he didn't at ALL acknowledge how fake the dm's were, & now claims to have emails that don't exist."

Not only that, but Teigen's husband, John Legend, also ended up chiming in, claiming in a series of tweets that Costello — who was also recently accused by Leona Lewis of bullying her — had "fabricated" the "completely fake" DM exchange, before saying that the designer was just trying "to insert themselves in this narrative."

However, Costello then went on to hit back on Instagram by reiterating the claims made in statement, saying that Teigen had "gone out of her way to close doors to my career by making calls, sending texts, telling colleagues and companies that if I [was] attached to a project that she would not work with them."

"The fact that Chrissy Teigen and her crisis team are working so hard, so strategically to come out against the DM's she sent me, and to downplay the comments she publicly posted on my Instagram, only proves that she is the same bully she has always been, despite her fake apology to the public," Costello wrote. "This will be the last statement I am going to make. This has been like a nightmare, not just for me, but for my family. I apologize to everyone else involved in this messy situation, and I apologize for all the stress and trauma it has caused."

See both their statements, below.

Michael Costello also posted videos where he was VERY confused about Leona Lewis’ stylist reaching out and being kind. Imagine my surprise when my past three years have been this: pic.twitter.com/cxiMAlLUvm