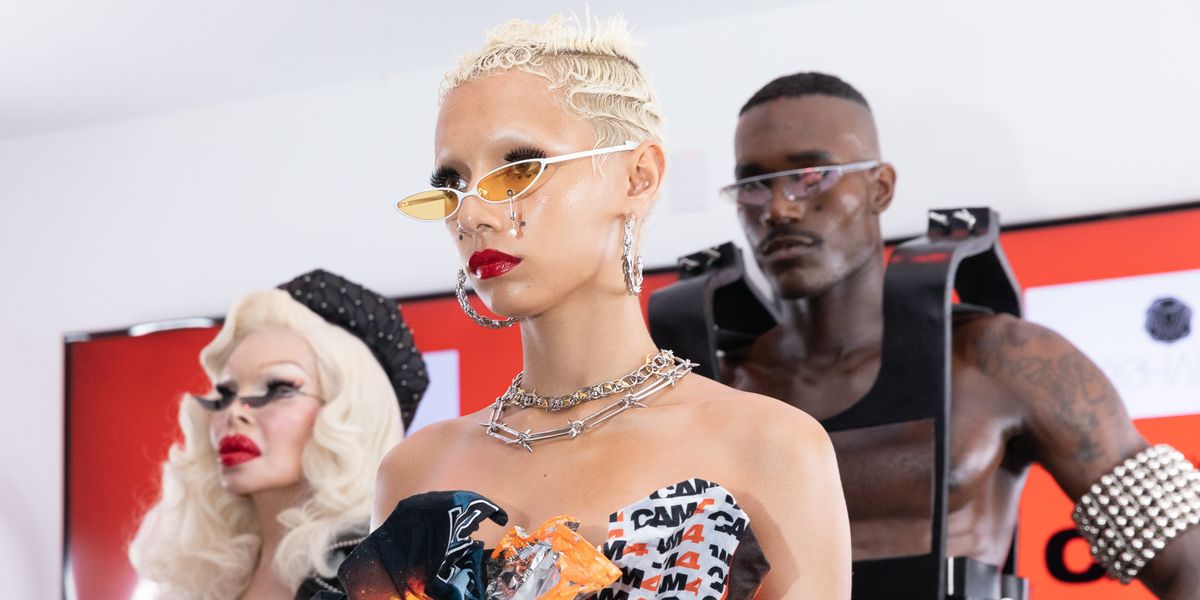 Last night, September 5th, beloved New York City jewelry designer Chris Habana opened a pop-up on the Lower East Side, right around the corner from the space where Louis Vuitton touched down over the summer. Habana's store, located at 151 Ludlow Street and open until September 30th, is the result of a collaboration with camming site CAM4, bringing a dose of sex positivity to fashion week.

"I feel that both our brands are disruptors in our respective fields and challenge taboos like sex," Habana stated in a press release. "It is a societal practice we all actively indulge in private but shun and stigmatize in public. With this pop up we want to hold a mirror up to everyone to say, 'This is who we are. All of us. So let's be proud of it.'"

It was all gorgeous, but a little much for anyone who leans towards conservative social values — namely Instagram, which yanked Habana's account while it was posting coverage from the event. In a press release issued before the opening, the designer addressed the concept of censorship in the digital era. "Censorship has become an increasingly relevant topic threatening freedom of expression in the physical and digital realms where both brands and many other individuals proudly define their identity," read the statement. "In essence, the shop stands as a pillar against this regression, allowing sex and adult content to exist free of the negative connotations and fear forced upon them."