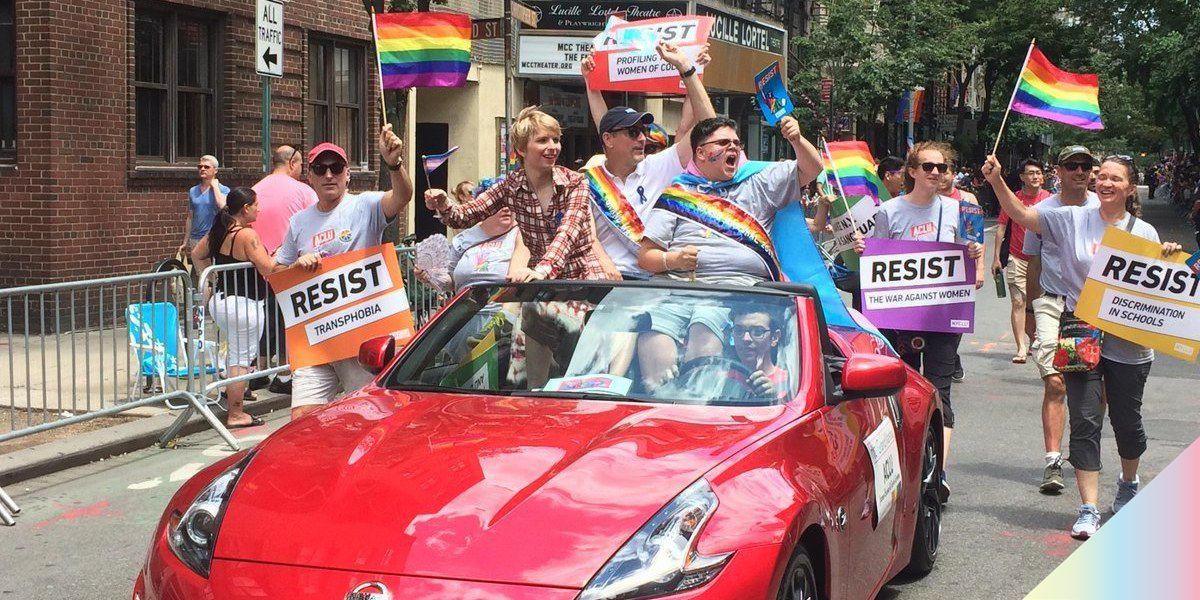 Chelsea Manning Goes to First Pride As a Free Woman

In a heartwarming full circle moment, Chelsea Manning took part in New York's Pride celebration yesterday, her first Pride since being released from prison. The former soldier and transgender woman represented the American Civil Liberties Union during the parade, appearing on their float and in a convertible Nissan next to Gavin Grimm, the young transgender high schooler who sued his school board when they forbade him from using the boys' restroom.

Manning, who was sentenced to prison for leaking classified documents to WikiLeaks, was pardoned by Barack Obama before the end of his administration and released shortly thereafter, serving seven years of her original 35-year sentence. During her time in prison, where she came out as a transgender woman, several Pride events supported Manning, including San Francisco Pride, who organized a march in honor of her.

Manning took to Twitter to celebrate the occasion, tweeting "lost my voice from screaming so much, thank you," complete with appropriate emojis. While this is her first Pride as a free woman, she confirmed to BuzzFeed that it was not her first Pride overall. Hopefully, it won't be her last either.

honored to represent the @aclu at this years @NYCPrideMarch 🌈👭👫👬 lost my voice from screaming so much ❤️ thank you 😍https://t.co/qZIBuyrNRq pic.twitter.com/3C6xVZQquV
— Chelsea E. Manning (@xychelsea) June 25, 2017