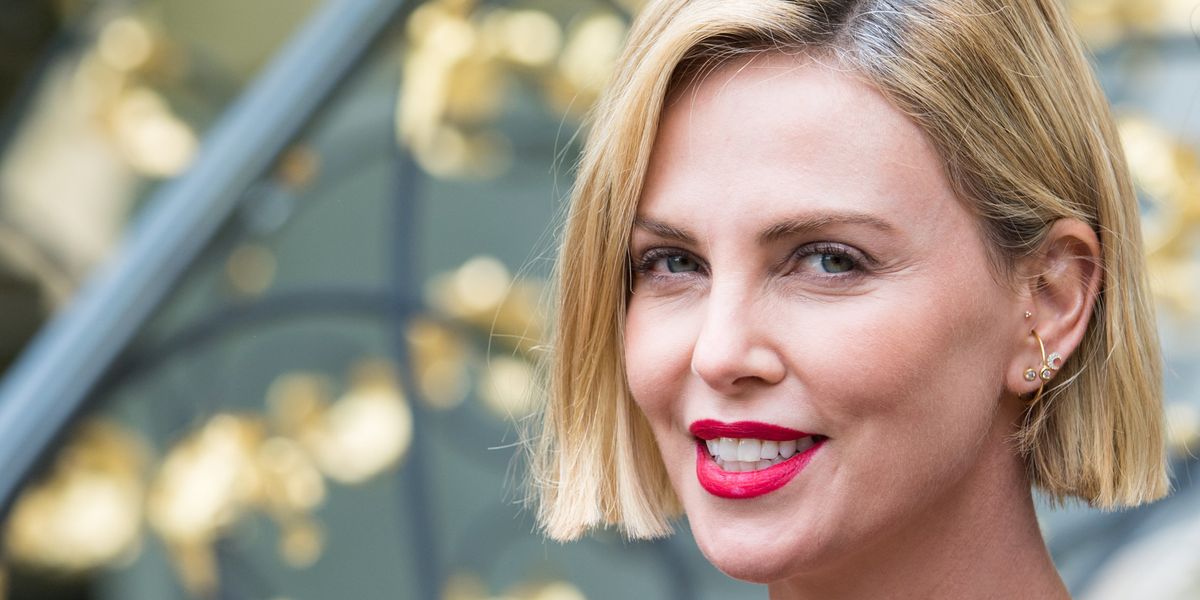 Charlize Theron was convinced she was going to die growing up. Raised in South Africa, the Oscar-winning actress remembers her mom driving family friends to the hospital regularly. They were all sick with HIV/AIDS, and a majority never left the hospital. To die felt like commonplace; to be diagnosed with the disease felt like a death sentence. In the early '90s, Theron moved to the United States to successfully pursue a career in Hollywood, but she vowed to return to her African native to make a difference — and she has.

Today, 42-year-old Theron is the proud founder of the Charlize Theron Africa Outreach Project (CTAOP), which she launched in 2007 to focus specifically on supporting at-risk South African youth. The southernmost African country currently has the biggest HIV epidemic in the world, with 7.1 million people living with HIV in 2016. CTAOP aims to decrease this number by creating community-focused programs, increasing resources and eradicating the stigma society has placed on those suffering from HIV/AIDS.

For Life Ball 2018, the annual charity spectacular in Vienna, Theron hosted a brunch in Salzburg, Austria alongside fellow award-winning actor Adrien Brody to increase HIV/AIDS awareness. She was joined by Life Ball founder Gery Keszler in the estate of famed Austrian gallerist Thaddaeus Ropac, where the group of activists auctioned off art to raise funds for the international cause.

PAPER sat down with Theron in Salzburg to talk about eradicating HIV stigma and empowering youth.

Stigma is one of many things affecting those with HIV today. What do you think are the concrete steps that we can take to reduce stigma.

We have to be able to see it and address it for what it is. And I think that's what we're lacking. We're in denial a lot about the truth and how we communicate about this disease, and when you live in communities where you are ostracized for having a virus, of course you're not going to want anyone to know. And that needs to change. So I think stigma stems from a basic fear of not knowing. Once you turn the lights on in a big dark room and people know the facts about HIV, it doesn't become as scary. You don't have to have your village ostracize and abandon you. You can have a full life if you have HIV. We obviously want people to not have to deal with that, but in this day and age it's not a death sentence anymore. Stigma comes from a lot of other places and we're sometimes scared to look at that. I think there are so many drivers when it comes to HIV, sometimes we forget that and we just isolate it into how we can stop HIV. But we're not willing to look at poverty, inequality, sexism, or racism. Why is that some people's lives are valued more than other? Those are the places that we're really lacking — as a community, as a world, as a global front — to really address

"We're not willing to look at poverty, inequality, sexism, or racism. Why is it that some people's lives are valued more than others?"

Younger generations, specifically in the U.S., haven't experienced their friends dying from HIV in the way older generations have. What are ways the youth can get more involved?

I think young people are very much involved. I think with the work that we do, which is very much adolescent-based, I find that there is real leadership within adolescents — bot just in America, but in Europe. There are communities that really have the foresight of a bunch of young people around them. I think there are spots now popping up that are making people realize, especially the younger generation, that they are the ones that are going to get hurt by this. So to see them be a part of this movement is something we really encourage. We want them to have the ownership of that and also because we believe they really are the ones who can change all of that. Ultimately it is their lives, right? So I'm very supportive of it and I'm always blown away by them because they're always the ones that come up with the most innovative ways to talk about this or to reach people with what's really going on, just curing some of the misconceptions.

What responsibility do you feel you have as a visible woman in Hollywood today?

I feel like the majority of my responsibility is raising my two little [kids] and making sure that they're good people. I also get this front seat to watch them just be these incredible little creators, and it's been such a great journey. That influences everything for me, whether I decide to take a job or whether I decide to get on the plane to travel here, or whether it's going to South Africa for a month, my kids come with me and my kids are the driving force. I cared about this stuff before, but my children have kind of kicked me into a gear that I could never be in before. And realizing now that I have personal investments. I want them to have a good life, I want to fix some of the shit that we've done because that's just not fair. It has to come from a place of where we all work together and we do this together. That's why it's nice to be [at Life Ball] because you try to find like-minded people who are fighting the same fight as you and you want to be part of that fight with them because it takes an army. You can't do it alone, so the more people we can get to join that fight the more we can learn from each other and get information. We've got to think of this in so many different ways because if it was easy it would have been done 10 years ago.