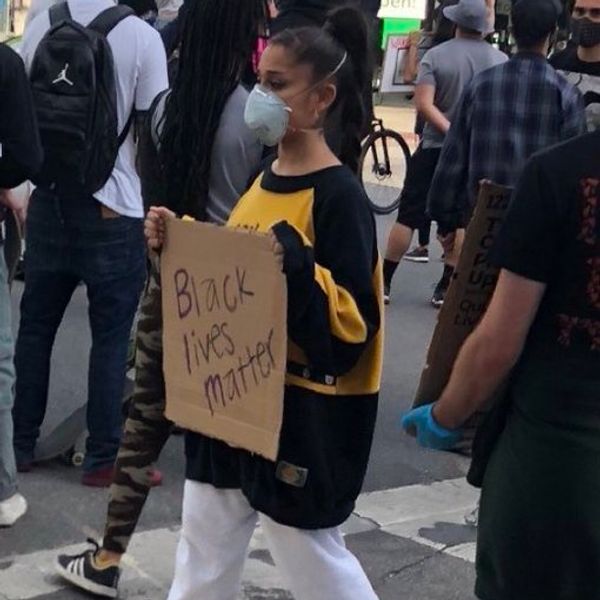 When the national conversation turns to any topic, the public looks to celebrities for their thoughts, reactions and inevitable mess ups. So while protests against systemic racism spread nationwide, naturally a number of famous names have entered the conversation.

Many celebrities joined protesters over the weekend, from Jaylen Brown to Michael B. Jordan. Celebrities who have long supported #BlackLivesMatter continued to speak up, including Beyoncé who called for followers to sign a petition for justice for George Floyd, and Halsey who joined the weekend's protests. She has also called out anyone with a platform who has remained silent.

Beyond protesting and circulating petitions, some celebrities are using their talents to catalyze donations. Rapper CupcakKe celebrated her birthday by releasing a new song, "Lemon Pepper" with proceeds benefiting the Minnesota Freedom Fund.

Meanwhile, celebrities like Chrissy Teigen have donated to organizations supporting the nationwide protests. Teigen announced on Twitter she'd donate $100,000 to bail funds; when she was criticized by a troll in her mentions, she increased the donation to $200,000.

White celebrities who have used their massive platforms to recognize their privilege and stand in solidarity with protesters have been commended for getting it right. Lady Gaga, who released her album Chromatica on Friday, used her platform to speak out against systemic racism and to encourage her fans to join the movement demanding justice. Her "Rain on Me" collaborator, Ariana Grande, used Instagram (where she has 188 million followers) to share a similar message. Grande was also seen protesting in Los Angeles yesterday carrying a Black Lives Matter sign.

A helpful guide to non-optical allyship can be found here.

Of course, the nature of celebrity is such that — at their most harmless — they are prone to gaffes, and at their worst, make terrible decisions that can be amplified or normalized to millions. We are seeing that play out primarily with white celebrities who have inserted themselves into the conversation when they should not, or who fail to recognize what true allyship is.

Model and television personality Heidi Klum tweeted a picture of black and white hands intertwined along with the hashtag #AllLivesMatter and quickly deleted it. She later replied to a tweet to suggest it was her son's idea.

Jake Paul was widely criticized today when footage surfaced of him and his white friends "looting" and trashing property in Scottsdale, AZ. Paul later denied any involvement.