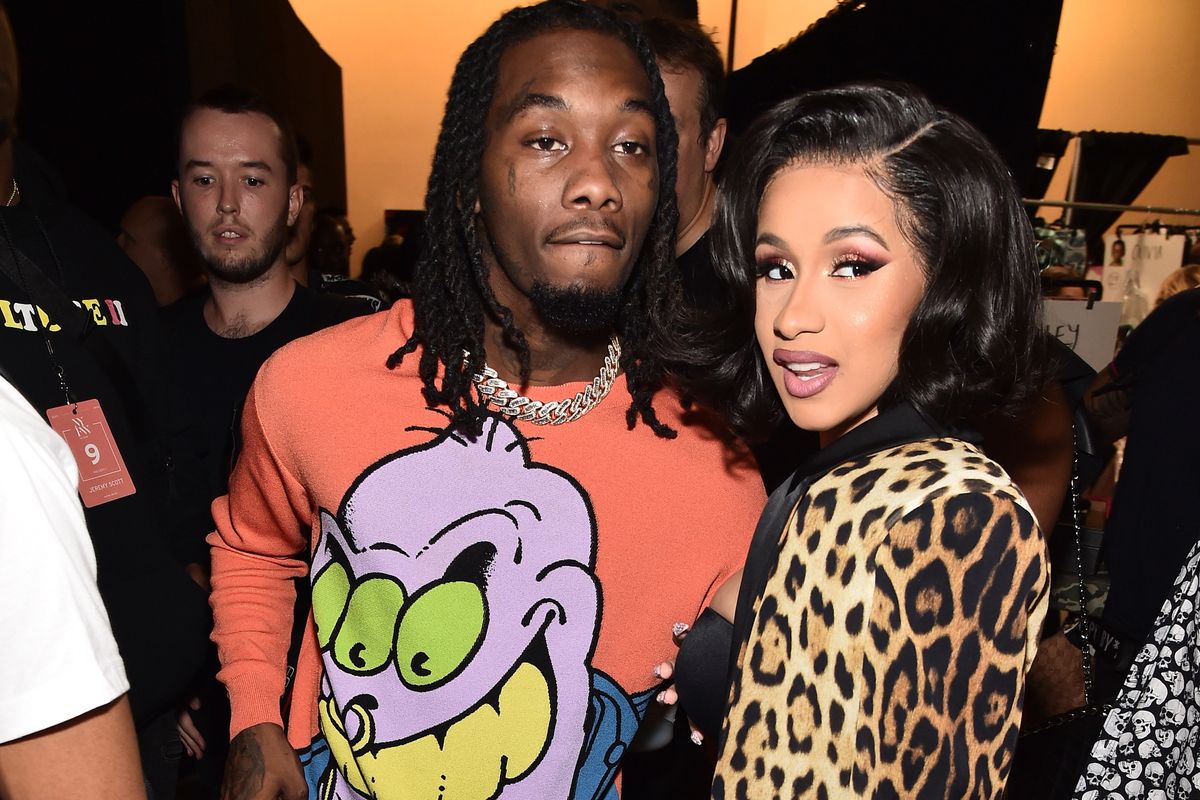 Cardi B Responds to Offset Cheating Rumors After IG Hack

In the wake of new cheating rumors, Cardi B is defending Offset's assertion that his social media accounts were hacked. However, the internet's not entirely convinced that's what went down.

Earlier this morning, Tekashi 6ix9ine's girlfriend, Jade, called out the Migos member for allegedly sending her a flirty "miss you" message on Instagram. At 1:36 a.m., no less.

"Your wife @iamcardib has a OPEN CRIMINAL CASE, why are you writing me you don't respect her??????? There [is] a lot of shit I haven't exposed yet, but there's a time for that," Jade captioned the video, before quoting a Cardi lyric to get her point across. "I'm the QUEEN of talking shit now I'm backing it up."

Naturally, Jade's post got the internet talking. So, in response, Cardi decided to hit back via a series of videos posted to her own account.

Claiming that Offset was hacked, Cardi defended her man against the "bullshit."

We look crazy ...don’t mind us y’all we both sick and just woke up ...anyways we not going to entertain bullshit.

However, the overwhelming online response to Offset's explanation has been skepticism, especially after it was revealed that his Twitter was also supposedly hacked earlier today.

As some pointed out, the time lapse between his Instagram and Twitter being hacked is strange. Because while Offset's alleged thirst DM came in around 1 a.m., the explicit tweets reportedly began happening 12 hours later.

OFFSET GOT EXPOSED FOR DM’ING TAKESHI’S EX WHO EVEN HAS BEEF WITH CARDI B & SO HE STARTED TWEETING LIKE HE GOT HACKED &&& I AM HONESTLY SCREAMING AT THE SHAMELESSNESS LOOOOOOOOOOOOOOOOOLLLLLLLLL pic.twitter.com/cCkqrccpmm

The hack happened a few minutes ago. the DM happened 12 hours ago are we really gonna fall for this? 😂😂

Now Offset.. lmfaoooo you done went too far now 😂😂 niggas will do anything to cover up their tracks, BTFU 😭😂💀 pic.twitter.com/WHovQ7tUUz

This man Offset went on a world tour begging for Cardi back only to jump in a chick dm’s again and fake hack himself pic.twitter.com/HX0br5NUCG

For her part, Jade also called out Offset via her Instagram story, asking why his explicit tweets didn't start at 1 a.m. "The hack started after you got exposed," she said, per E! News.

Offset has yet to further respond to speculation surrounding the hack.