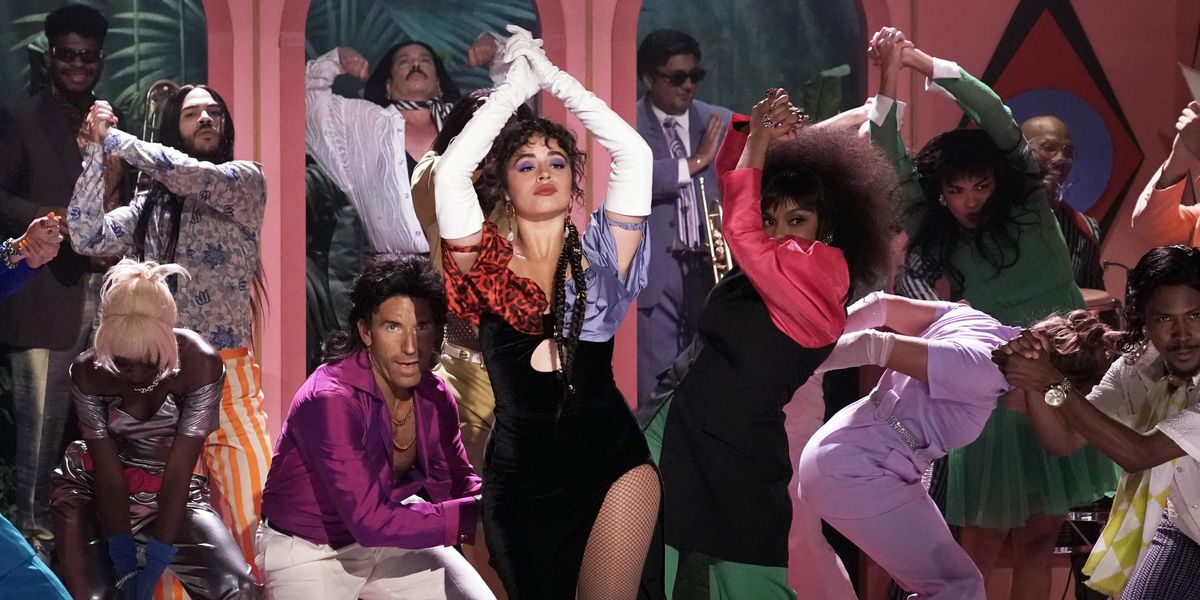 Camila Cabello recently released her new single, "Don't Go Yet," and performed it at The Tonight Show Starring Jimmy Fallon. The performance certainly caught the internet's attention, but not necessarily in a good way.

Viewers noticed that one of Camila's backup dancers on stage had noticeably dark makeup on. Some then began accusing the singer of using Blackface in the show. The 24-year-old took to Twitter to respond to these accusations, explaining that the dancer was supposed to be a "white man with a terrible spray tan."

"We purposefully tried to pull together a multicultural group of performers, the expectation was not that everyone in the performance needed to be Latin," she wrote in a note. "There are white people, African American people, Latin people, etc. and so the point wasn't to try to make everyone look Latin either. There are a lot of people in the performance who are not."

She also emphasized that the makeup was intentional for the concept and look they were going for. Cabello continued, "The point was to try to make each person look like an over-the-top 80's character just like in the video, including a white dude with a terrible orange spray tan."

The dancer also posted a photo on his Instagram Stories, with the caption, "In case you missed my spray tan last night on @jimmyfallon with @camila_cabello."

Still, some people aren't buying this explanation, especially given that the singer has faced multiple accusations of racism in the past. This "spray tan" incident comes after the "Señorita" singer said that she's attended racial healing sessions to help her learn and do better.

Watch the full performance of "Don't Go Yet," below.