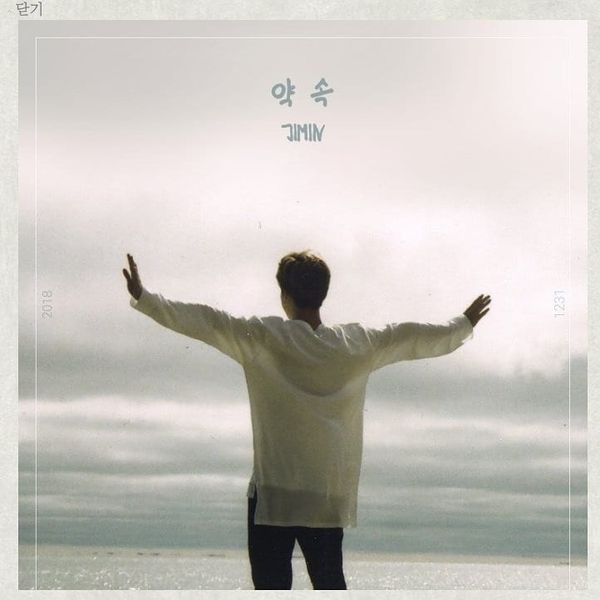 This BTS Member Flies Solo for His First Single

The BTS Army got caught off-guard by an announcement made by the K-Pop boy band's official Twitter account on Sunday morning. One of the group's well-loved members, Jimin, just dropped a surprise single — his first solo, "약속" or "Promise."

"Everyone, you waited a while, right? Finally, I am revealing my self-composed song. It is a song made for me, but it's also a song made for you. Though this is my first time and a work of an amateur, I hope you enjoy listening (to this song). Thank you Army for waiting."

Of course, Jimin has the whole band's support not only through plugging via their official Twitter account, but in the actual production of his song. In fact, in his blog post, the singer thanks V (whose real name is Taehyung) for being the "best photographer." The group's resident rapper RM also co-wrote the lyrics with Jimin.

ahh in jimin's blog post he thanks taehyung for being the best photographer 😭 #약속 pic.twitter.com/DUdkeha6TG

The song is two minutes and thirty-one seconds long, and is a soft, acoustic ballad with haunting lyrics that, in English, read "I get taken over by ever-growing thoughts/ Since when have you been hurting me?" It's all very different from BTS' usual bangers, but beautiful nonetheless, and well-received by the fans.

Someone help me that was the cutest most heartwarming song I’ve ever heard I am in love with it #JIMIN pic.twitter.com/TNT0b3Gblh

jimin, logging into this bird app dropping his song and saving the music industry just a day before 2018 ends: #약속
pic.twitter.com/OTEm29gxAy

Jimin mentioning a pinky promise really is the softest, cutest and most Jimin lyric that could ever be written

jimin's song has a magic shop vibe lyric-wise, it's very empowering, it's like he's saying, "you have the strength to pull through, i know you do, you just gotta believe in yourself and you'll be ok, it hurts me to see you in pain, so please promise you'll do better for yourself"

Listen to the full track below.