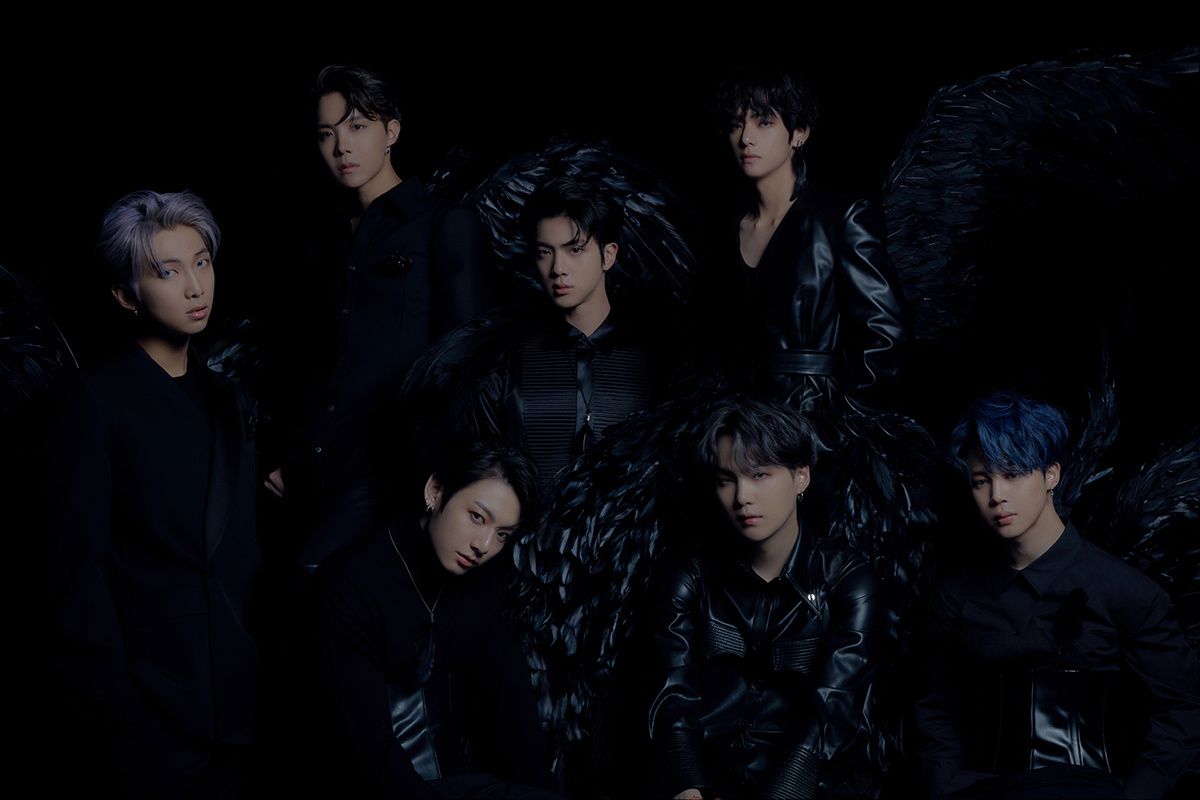 It has barely been two weeks since BTS dropped their latest album, Map of the Soul: 7, and they are once again shattering records. They've broken TikTok, shut down Grand Central Station and hit number one on the Billboard 200 making it their fourth album to do so within that span (a Beatles-breaking record). But as if that wasn't already enough, the ARMY was treated today to the surprise release of yet another brand new music video from our boys.

This time, BTS is returning to one of Map of the Soul: 7's lead singles — "Black Swan" — and it is positively breathtaking. The new clip sees the boys clad in white transforming into black swans as they dance inside an opulent theater. There are obvious comparisons to Darren Aronofsky's 2010 ballet psychodrama of the same name to be made given that they both tackle dark themes, center around dance and play with elements of surrealism (but lets be honest, Natalie Portman doesn't hold a candle to Jimin's moves). There is even a direct nod to the film in a spine-chilling mirror moment from Jin.

The video follows an art film the group released earlier this year for the same song that saw BTS tap Slovenia-based contemporary dance collective, MN Dance Company, as a part of the group's ongoing global arts initiative. Shortly after, BTS performed the single for the first time on the Late Late Show with James Corden channeling a similar spooky mystical forest vibe. "Black Swan" may have caught us a bit off guard but we certainly aren't containing.