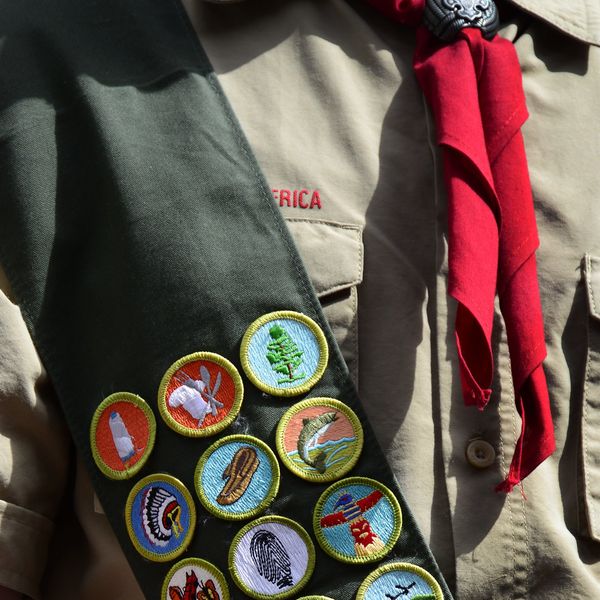 Early today, the Boy Scouts of America filed for Chapter 11 bankruptcy protection. This historic filing follows hundreds of recent sex-abuse lawsuits against the nonprofit organization. According to a report by The Cut, this "could be one of the largest and most complicated bankruptcy cases of all time."

Michael Pfau, a Seattle-based lawyer whose firm is representing close to 300 people who say they were abused as scouts, says "this involves victims from all 50 states and several U.S. territories." As the organization has been accused of aggressively covering up its history of abuse allegations, the full scope of the damage is currently unknown, but Pfau claims, "you're looking at thousands of abuse survivors making claims. This is much bigger than the bankruptcy filings involving the Catholic Church."

According to a spokesman for the Boy Scouts of America, the filing has "two key objectives: equitably compensate victims who were harmed during their time in Scouting, and continue carrying out its mission for years to come. The BSA intends to use the Chapter 11 process to create a Victims Compensation Trust that would provide equitable compensation to victims."

While victims could potentially be compensated through this Trust, they will be denied a trial, meaning they would not be able to testify about the abuse they suffered. Pfau tells NBC News that testimony "is really the most powerful weapon an abuse victim has," and that this avoidance of jury trials could be one of the primary reasons the Boy Scouts of America chose to file for bankruptcy.

In a 2016 report, the Boy Scouts of America claimed to have 1.26 million Cub Scouts, comprised of roughly 830,000 Boy Scouts and 960,000 adult volunteers. As the bankruptcy filing proceeds, local Boy Scouts councils will reportedly function as normal.