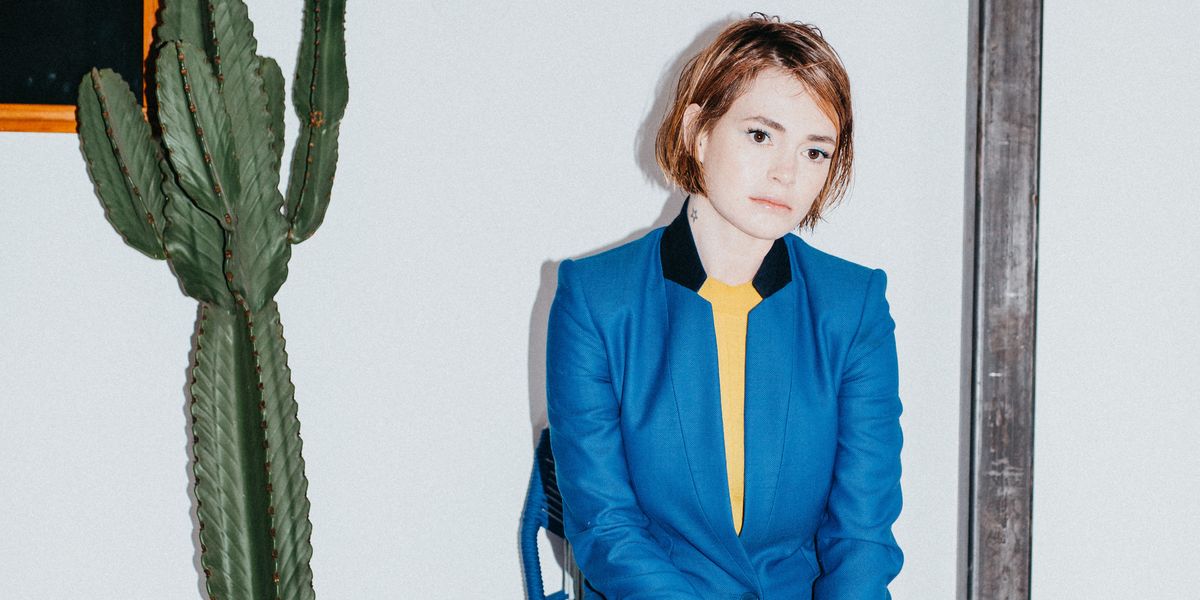 No doubt that Uffie's latest will make you feel really good. The song's minor-key, catchy synth-lines pulse beneath its star, who sings "all I need is my weed and my drum machine" in repetitive ecstasy. The song mutates and crunches every few bars or so into something new, kind of like your wild Friday nights, or like a trip through the California desert sponsored by hallucinogens. Her latest video, her first since the Sex Dreams and Denim Jeans days, illustrates what this can look like. Uffie's music of late feels more uninhibited than ever, encouraging listeners to choose their own adventure.

Charli XCX's "White Mercedes" feels like a Julia Michaels-style confessional at first, built on a skeletal arrangement of finger snaps and guitar plucks. As the bass kicks in and Charli lets loose a "you" that's more howl than lovelorn coo, she reminds you that she's just as capable of dosing her pop with more weirdness than convention. Still, it's a delightfully restrained offering from the pop auteur that sounds custom-made for big stadiums and nonstop airplay. The chorus goes to the rafters, as Charli kicks herself for her self-destructive ways. "Hurting you feels like I'm hurting as well/
All I know is I don't deserve you," she sighs.

Houston singer Peyton's debut EP, Reach Out, is here, a project she announced on her August 21 birthday. The immaculate girl-group harmonies and retro production of "Come Over" has big Virgo energy, to be sure, but that also applies to the song's sensual underpinnings. "Take a break from your mind," Peyton offers, giving herself over new romance. "I love when we're chillin/ Can I come over?" she asks. Anytime.

Of all the songs on experimental rapper JPEGMAFIA's new album, All My Heroes Are Cornballs, out today, "PRONE!" is one of the most complete amalgamations of his influences. Sonically, it evokes N.E.R.D.'s affected skate-park punk and also, with its steadily paced tempo, manages to sound like something on '90s pop radio. No surprises there, though. The shape-shifting collection also includes an improvised one-minute cover of TLC's "No Scrubs." And "PRONE!" is just one example of how Peggy opens up the rap genre by expanding his sound rather than restricting it.

British production collective Xenomania's latest pop project comes in Unperfect. The quartet's excellent new single "IAFWU" is easy to digest from its breezy, fingersnapped beat and robosexy vocals rejecting an off-putting DM conversation. What if this song was sent as an auto-reply to every unwanted message you received? I see it.

Twisty vocal melodies that unspool like a drive through a bucolic town's winding roads drive the action of Emily Burns' "My Town." Its dynamic, guitar-based production grounds it. "Just strangers that pass us by," she sings wistfully. As the song progresses, the town she sings about becomes a gorgeous, but haunting metaphor for life's ins and outs, the people who come and go.

MNDR's Amanda Warner hits back with "Save Me," which includes lyrics such as: "Can you hear me? I'm tryin' to get through/ I'm tryin' to reach out/ I'm tryin' to get to you." She sings them with urgency to a cathartic house track, effectively serving dance floor escapism and divine intervention in equal measure.

I'm just as obsessed as the next pop stan with metaphors about cars and stars. Robokid, a primary Slayyyter collaborator, deals in plenty of these magic formulas on "Fast Car." Here, Robokid trades the glitchy electropop of his Slayyyter productions for bombastic '80s synths and cavernous drums. Who called New Kids on the Block? They're back for a new generation, at least for the next four minutes.

Though the message of La Neve's new single "A Pretty Red" possesses an urgent call to action for the youth curtail the apocalypse, we won't get there without sweating it out. La Neve understands this, creating a record meant for dance as release. "A fire, to release you/ A fire to complete you," they sing, atop a strutting bassline recalling Deee-Lite's '90s house hit, "Groove Is In the Heart." We dance together, we fight together, we die together.

New York musician Fiona Silver's gorgeous, rockstar-approved howl takes new shape on "Dark Blue," a new single from an upcoming EP. Atop jangling guitars, and surf-rock drum rhythms, Silver channels an anguished Motown girl-group leader under the spell of a lover who comes and goes like ocean waves. "I can't stay the way you draw me in/ Baby, I'm drownin'/ Why don't you help me swim?," she sings. The word "blue" is drawn out as a chorus of cascading, melodic "oohs." Silver is riding the waves, no matter how turbulent they seem.