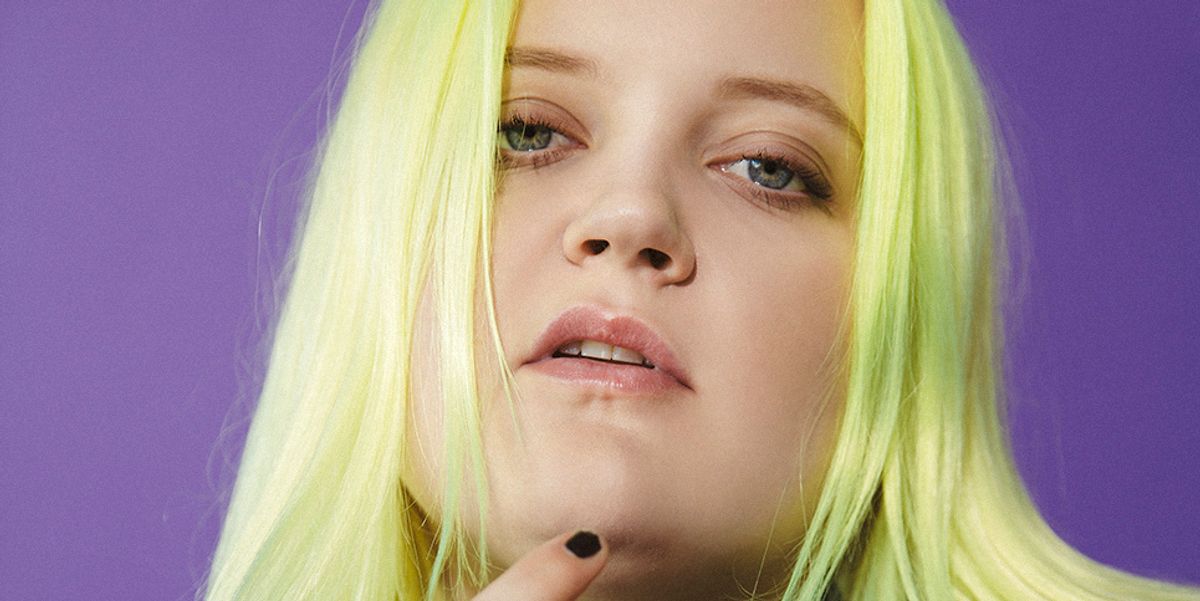 Opening with strummed guitar and far-off, melancholy whistle, Alma's newest single "Lonely Night" paints a picture of an isolated desert campfire, cowboy getup and all. The queer Finnish singer, fresh off co-writing Miley Cyrus' "Cattitude" and "Mother's Daughter," admits to being inspired by recently resurfacing yeehaw aesthetics. It's clear with a few spins of "Lonely Night" that she's inherently drawn to the culture's sense of freedom and openness. Under a starry late-night sky, she shares her painfully honest story of unrequited love. "I made the decision to keep my heart hidden/ But my lips were slippin/ I told you everything the bridge," she sings. She wrestles with it in the dark, before concluding in the bridge: "When the night came to an end, you called me your best friend/ You said it was lovely, but you never loved me." It's affecting and effective for all who've been in Alma's shoes. The single is also a new taste from her upcoming debut album, Have You Seen Her?. Expect that collection of relatable bops from Alma later this year.

Fall into an abyss of apocalyptic darkness with Poppy's new single "Choke." Following "Scary Mask" and her Am I A Girl?, "Choke" marks a continued evolution for the mysterious singer, and comes from her new EP of the same name, available for pre-order now. Lyrically, Poppy is contemplating the feeling of being swallowed up by malevolent forces, be they her own demons or a dangerous world around her: "Help, I'm drowning/ There's nobody around me/ I need someone to save me/ Can you come and take me?" Musically, the production pulses like the rising action of a demented slasher flick, pierced through by Poppy's muted screams. Dive in.

Related | Poppy Has a New EP and Is Coming to VidCon

Nicki Minaj's first post-Queen single, "Megatron" arrives today as a right-on-time song of the summer contender. "Feel up, baby feel on me/ Pull up if you're feelin' lonely," Minaj sings in the sunny, reggae-inspired romp. The verses find Minaj in top form, dropping endless bars about her sexual prowess. "Megatron" is pretty much a nod to her fine-tuned skillset, which only gets better, as she sings, "when I'm drinkin." Moscato, specifically.

"Expensive" marks the Epic Records debut of Rence, a 21-year-old singer-songwriter from New York. The song smoothly marries multiple styles, from slick, bass-driven funk to synth-pop — a hallmark of Rence's releases to-date. It comes alive with bright synths and honest lyrics, delivered as a duet with Noah Cyrus. "Did you think that love was a guarantee?/ No one can give you that," Rence sings. Eventually, the duo come to a mutual understanding of love's cost when they sing "I can't afford to love you" in the chorus. It all pays off, big time.

The new single from Gabriel Black and Phem "Dead Yet" borrows equally from emo, rock, and hip-hop to create a song advocating for a life that's more than... this. For them, the aim is to move beyond smoking in dark bedrooms until 2 AM, with a stone-faced awareness of not being "dead yet." A song like this fits brilliantly into the narrative of HBO's Euphoria, a show chronicling the lives of self-destructive teens searching for their elusive Something. It also fits into Black's own mission to connect authentically with his audience, with no limits to creative expression or outreach. (The prolific illustrator/cartoonist creates his own cover art for his music and in the past, has provided a public cell phone number where fans can reach him directly.) Now with that in mind, hear "Dead Yet" as something still more hopeful.

Over the years, to maintain her artistic evolution and street cred, rap legend Trina has released a number of mixtapes supported by abundant features and co-signs from up-and-comers like Kash Doll to fellow legends like Da Brat. On The One, her first official studio album in nine years and sixth overall, Trina continues her mission of community uplift. After all, when a leader shares seats at their table or invites folks to join, such generosity only elevates the leader. This is clear in songs like "BAPS," a high-energy update of Cash Money's "Project Chick," with Nicki Minaj on deck. Where the original gives provides a male perspective of wanting a "hood-rat chick" at their service, Trina and Minaj essentially laugh about the guys they swerve. It's an unabashed empowerment anthem to the core, but then again, Trina's stock and trade has always been in lifting up herself and those around her.

Daya's new single, "Left Me Yet" is yet another glimpse into her artistic growth and willingness to be vulnerable. Bubbling electronic grooves coast along breezily on Daya's examination of her flaws within a relationship. But as breezily as the track sounds, it is anchored in truth. Daya is not afraid to admit where she's wrong: "I get mad, I hide things and say things I can't take back," she sings. She also acknowledges her partner's unwavering generosity: "I feel so lucky when you say that you love me" and "You always forgive me." In a mainstream landscape that often celebrates savagery and isolation, it's refreshing to hear Daya singing about balance and considering the meaning of unconditional love.

Smells like another song of the summer contender! The battle is on. Remember when Camila Cabello made "Havana" and that basically dominated the world? Right as Shawn Mendes was similarly dominating the world singing about his blood and whatnot. Well, if you combine the drama, hitmaking prowess, and sensuality both artists have innately and throw it into a blender, basically you get "Señorita," a sweet, toe-tapper of a song full of "ooh la las," and I-want-you's and the like. Their chemistry sizzles so much on the song (and in the song's equally spicy video), fans are convinced that Cabello and Mendes are a thing. Nothing hotter than passionate summer romance, which "Señorita" will surely inspire.

Judging by "Mind Games," singer-songwriter Ren, whose smoky voice compliments dense layers of spooky pop, loves to push buttons. At least, that's what she cops to on the track, about an inescapable, arguably toxic connection with a lover. They know how to rile each other up by keeping the other guessing. "I'm the riddle you can't solve," she sings. "I just moved into your head/Gonna stay here a while." Think of "Mind Games" like a missing puzzle piece, you won't want to stop listening until, like Ren, a clearer picture comes into focus.

On their carefree new single "London Love" Weslee's vocalist Emma DD runs down a list of guys she's been with who are either too forward, not funny, inattentive, or clingy. The production coasts on a sea of pleasantly atmospheric R&B, allowing plenty of space for Emma to craft her story. What's especially fun about listening to "London Love" is how although Emma can list these flaws with extraordinary precision, it's almost like in doing so, she's giving a composite sketch of an average human being. I can't help but feel like this is intentional. Whether in London, New York, or even in the barely-populated land of Antarctica, it is likely all people possess some extent of the traits we dislike in others. Plus, unfunny, inattentive, clingy, too-forward men are literally everywhere. It's in that way that Weslee's "London Love" translates one experience into one we all share.

Caroline Polachek's "Door" is the first single released under her given name, possibly heralding a new era of transparency we've not yet seen from the ever-evolving musician and former Chairlift frontwoman. The song contemplates themes of meaning and meaningless, yin and yang, questions and answers. It opens with our heroine describing herself as perpetually average. "Back in the city/ I'm just another girl in a sweater," she trills, as if in acceptance of a life on a hamster wheel of paying bills, singing into the void, waiting for regret. Put another way, a possibly tragic normalcy. "We're waking up sore and dizzy/ From a 10-year concussion," goes one line, but as the song builds and swells instrumentally, it becomes clearer that Polachek isn't quite as apathetic as she initially appears. "To another door" is the line marking the loopy chorus, which feels like a metaphor for new possibility. She runs through every opening until she finds herself, which can take lifetimes. Something in Polachek's voice — a warmth, a lightness, even an underlying sadness — suggests she's embracing that journey of self-discovery.