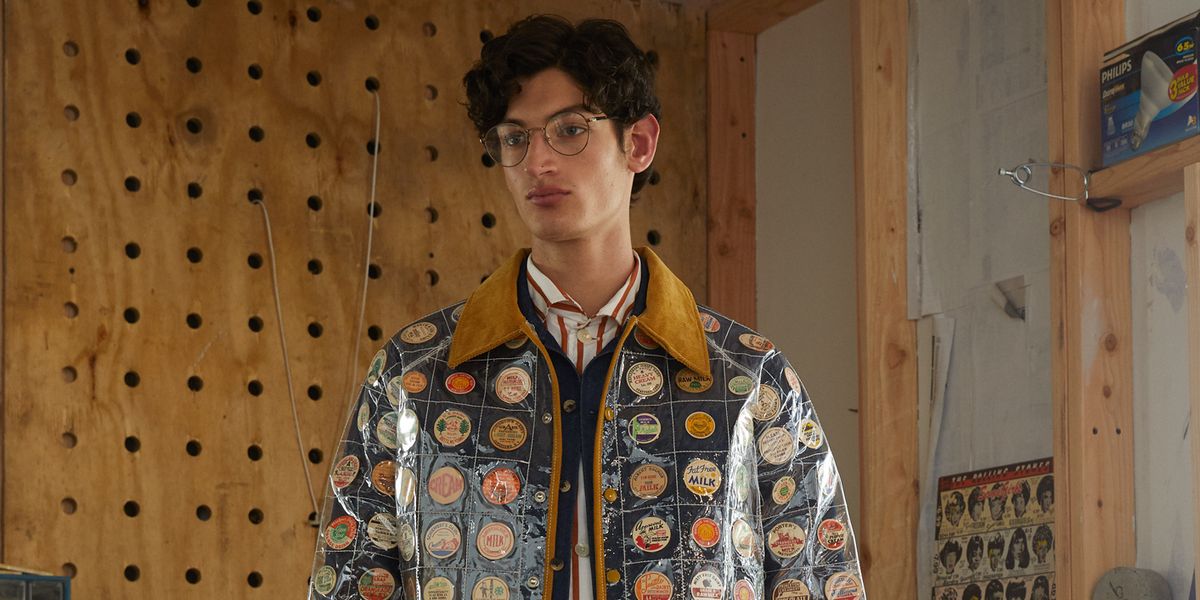 Bode's Dedication to the Life of Todd Alden

Emily Adams Bode launched her namesake line just under three years ago, but she has already developed a definable sense of style.The Parsons graduate has experience working at Marc Jacobs, Ralph Lauren and Isabel Marant, all in different capacities and shortly after launching her menswear line, she became the first woman to show at New York Fashion Week: Men's. She often uses speciality textile suppliers, or works exclusively with fine vintage fabrics. Here's everything you need to know about her fall 2019 show.

The Life of Todd Alden

"The inspiration is following the life of Todd Alden who is a gallerist in New York," Bode told PAPER. "It begins with his childhood. He's born and raised in Connecticut and it follows him through Williams college in the mid '80s and when he graduated Williams in 1995 and went on to work at MoMA. It's kind of understanding where he began his collecting process, both of ephemera, and collecting in general and how we share a similar sentiment for collecting objects and their meaning in general."

Sweaters, pants, scarves and mittens — plus one very '90s era banana styled on one model's head — were covered with a BODE logo. Sometimes, you had to look twice to catch it, but it was a defining element of the collection nonetheless.

This season's collection was full of hidden knickknacks and celebrated the spirit of being a collector. One piece in particular stood out: a translucent jacket filled with pennies, orderly lined up as if placed on a grid. "My mother collected pennies and Todd collected Buffalo Nickels so I really wanted to incorporate that into this jacket," Bode told PAPER.

As a brand, Bode got its start just a few seasons ago with quilted pieces which were crafted almost entirely from vintage textiles. And thought this collection went far beyond that, there were elements of patchwork and quilting seen in the form of colorful trousers and puffed up jackets.

During the presentation, the band In India played on top of a fake rooftop set-up. "That is the nod to the band called the Replacements," explained Bode. "There's a really famous photo of them on a roof. Those are my best friends from college."