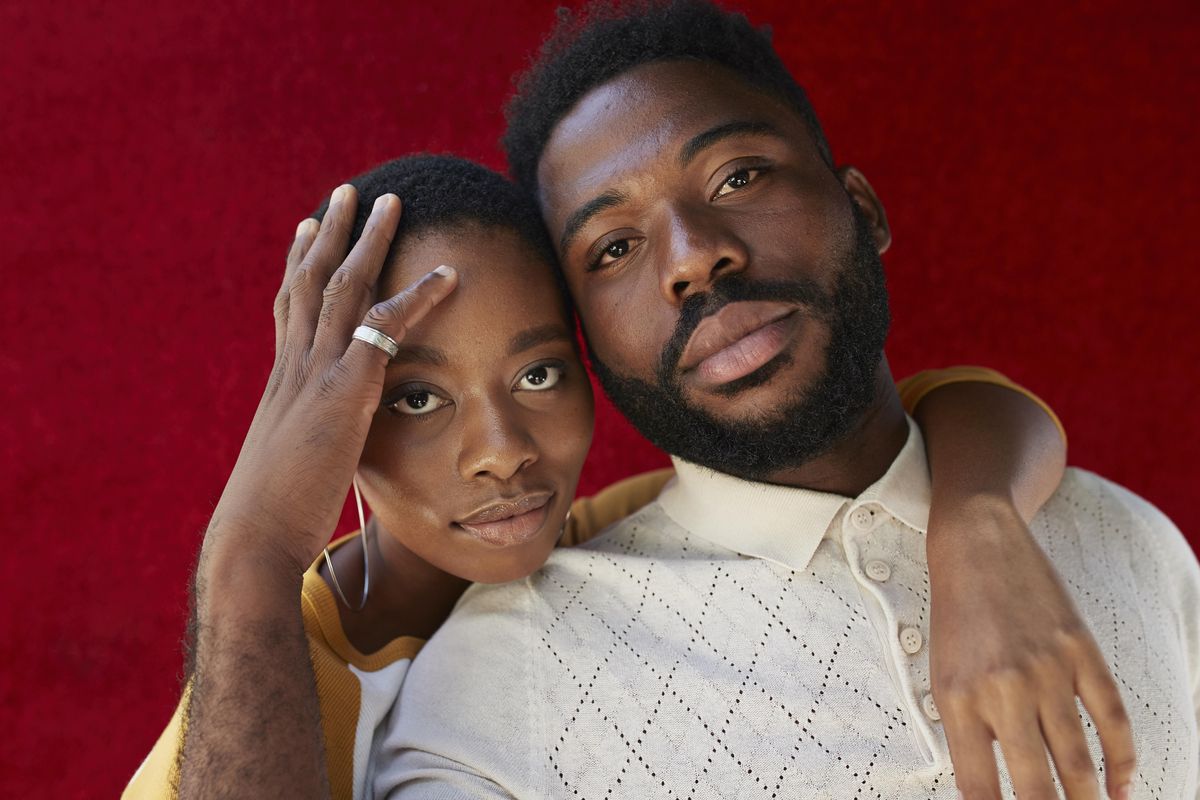 When it comes to the discussion surrounding safe spaces, not many people think to include the dating app sphere. However, the proliferation of platforms providing a place where you inherently feel safe, respected and understood is still a much-needed conversation — and it's been proven by the overwhelming response to BLK.

Launched in the summer of 2017, BLK was created by the Match Group — the parent company of other dating apps like Tinder and OkCupid — with young Black singles specifically in mind. Since then, BLK's been downloaded more than 4 million times and has become the fastest growing app in the Match Group family, which the app's Head of Marketing and Brand Jonathan Kirkland said "speaks to the fact that BLK was something that the community needed and wanted."

Granted, Kirkland said that amidst this summer's Black Lives Matter protests, BLK's main focus has shifted this past year from "just dating" to building a community hub where Black singles can connect and feel supported, all while having an "outlet for these big conversations" with others who understand the true depth and scope of these ongoing discussions.

"With a lot of other dating apps and general market apps, the focus on Black people and Blackness only happens when there's an issue like BLM or George Floyd or Breonna Taylor," as Kirkland explained. "And even with those, it's only the big ones that make the news. It's not the local man who was shot that didn't make it to CNN."

He continued, "A lot of other companies were standing in solidarity with the Black community... But at BLK, we're always Black. That's our focus, that's our lens, that's who we are. And it's not just during a key cultural moment, or Black History Month, or something else in the calendar where it'll make sense."

Kirkland added that one of their biggest goals now is ensuring that BLK continues to be an app where Black women in particular feel safe, respected and desired, before citing a 2014 OkCupid study which found that Black women were liked at far lower rates than women of other races.

"Black women are considered the most 'disliked' on dating apps," he said. "They get the least amount of right swipes. Even on general market apps, Black men are swiping less on Black women. There's definitely a huge void there, as well as a lot of discrimination on the general market apps."

One person who's unfortunately all too aware of this is BLK user Taylor Smith, who explained that on other dating sites, people will often "swipe left just because you're a Black woman." After all, while the 23-year-old has used other apps like Hinge and Tinder in the past, her experience on these platforms as a Black woman often made her feel like "there was no point" as she was always "either neglected or wanted for the wrong reasons."

"Whether you're fetishized or a guy wants you to be the first Black woman he gets with, [it's like] you're only good enough for a hook-up or only desired for your body," she explained, adding that on these other apps, many non-Black men would also give her racist compliments like, "'You're beautiful for a Black woman'" or "'You're the only Black woman I'd ever date.'"

As a Black woman, Smith said having an app like BLK "is important because we do live in a society where the Black woman is the most disrespected person in general — never getting credit for things or never getting told how admirable she is, or how attractive she is. So it's nice to have guys on a dating app who already love everything about you, and they want someone like you."

Outside of just dating though, Smith's BLK experience has also been "really refreshing" thanks to the more real and authentic connections she's made thus far. After all, as she explained, BLK has helped her find others "who are going through the same societal struggles," which has subsequently fostered "much deeper conversations about topics that affect our lives beyond the app."

Though you're on there to find a "romantic connection," Smith said it's allowed her to find a community, as well. "You have members of the Black community who are all going through the same struggles as you. And if they aren't now, they have at some point," she said, adding that it's been nice to not have to explain complex concepts or why she feels the way she does about these big issues that affect every part of her life.

Smith continued, "Whether it's racism or discrimination, no matter what, these people, they understand you 100%. There's never a time when they're like, 'Oh, police brutality? That's happening? Who's Sandra Bland?' And I feel like when you're using the other apps, guys will be like, 'Wait, what's going on? This is happening? What's systemic racism?'"

Related | A Witch's Guide to Manifesting a Better Tinder Match

With feedback like this, Kirkland said BLK will still prioritize user engagement by rolling out a series of new lifestyle and entertainment-geared functions early next year. The hope is that these features will keep emphasizing the community aspect of the app so that users like Smith can continue fostering these "genuine connections" both on and outside the app.

"On BLK, it feels like you have a community behind you who understands these outside things happening in the world, and they're not closing it off just because we're on a dating app," Smith added before concluding, "This is an app where you're seen beyond the app."