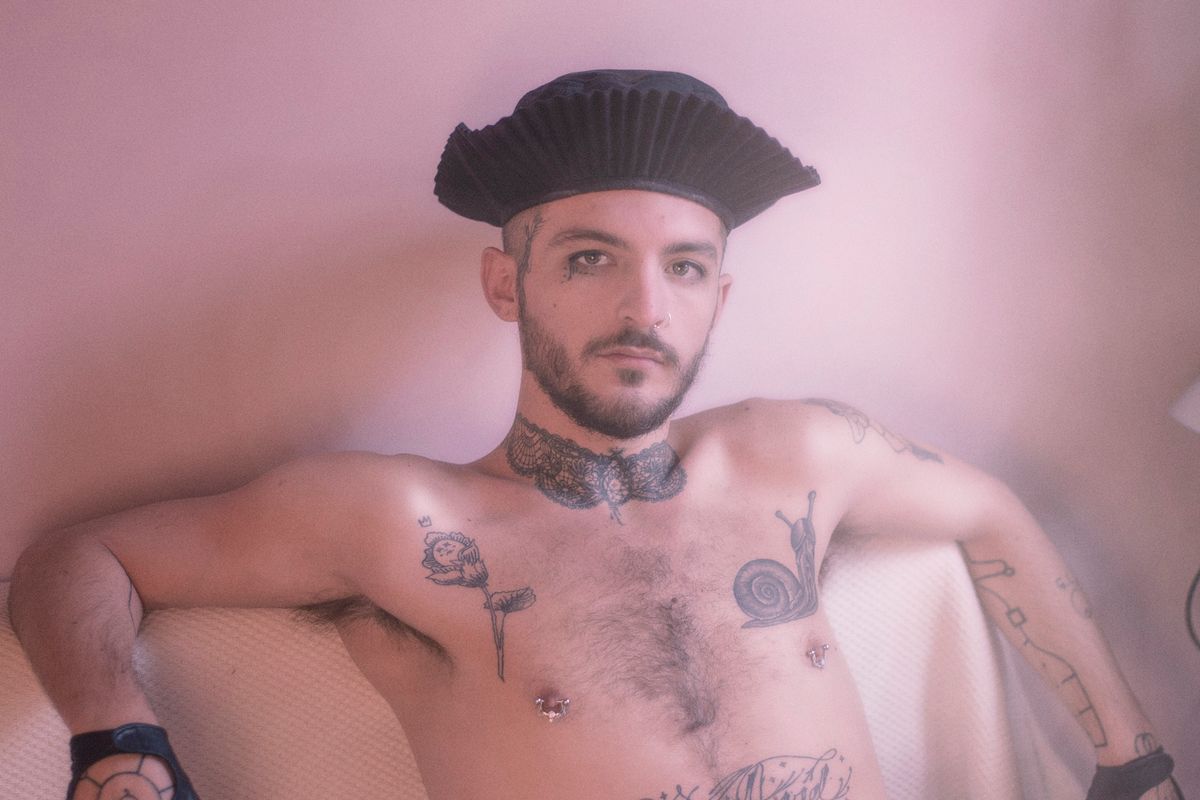 Blew Velvet Breaks Away From Their Birth Name

Our names reveal so much about us before we speak — sometimes even more than we want them to. Heritage, backgrounds, gender. Who our parents might have wanted us to be.

Today, Blew Velvet premieres their debut album Frankie with PAPER, and bid adieu to the name they were born with in order to pursue their next chapter as an artist.

The New York-based performance artist, producer and composer's album consists of seven self-created, deeply personal tracks, combining elements of electronic pop, synthpop and new wave. Some are suitable for dancing along too, while others require deeper introspection. Throughout Frankie, Blue Velvet intimates that names and identities are important, in constant evolution and multifaceted.

"For me, this album is my way of bringing up one of the points in my life that marked a beginning as well as an end, that point being my transition away from the name I was given at birth, Frankie," Velvet explains.

They continue, "That point in my story is powerful, and stands out as one of the earliest and most recognizable declarations of independence for myself; while similarly marking the start of me becoming Blew, invoking a new and challenging persona, a new charismatic and mysterious nature about myself that would lead into as many terrible mistakes as it did beautiful opportunities."

Velvet's debut features heartfelt messages about queer love and loss, and their voice is awash with reverb, creating an immersive mood throughout. But the main themes of Frankie are growing pains and personal transformation, as heard on "An Introduction," "A Question" and "A Pattern" — the latter of which explores how lovers destroy and rebuild their relationship through sex. Previously released singles such as "A Mirror" and "A Sacrifice" also appear on Frankie.

For Velvet, Frankie is so much more than an album. It's a constant reminder of their imperfect evolution as an artist and human being.

Related | Blew Velvet Dances With Charlene in 'A Mirror'

"Frankie as an entire album, is a moment in time, used like a map for me to figure out where I'm at, the point I stand on between any miscellaneous point-A to Point-B, I find myself in," they say. "Frankie is a lesson I'll forever be learning."

Blew Velvet's album release party will take place tonight in Bushwick, Brooklyn at Rubulad. They will share the stage with Charlene Incarnate, Merlot, Bill Priss, Baby Love and Juku. Those who wish to attend can RSVP at rubulad@outlook.com to obtain the party's official address. More info can be found here.