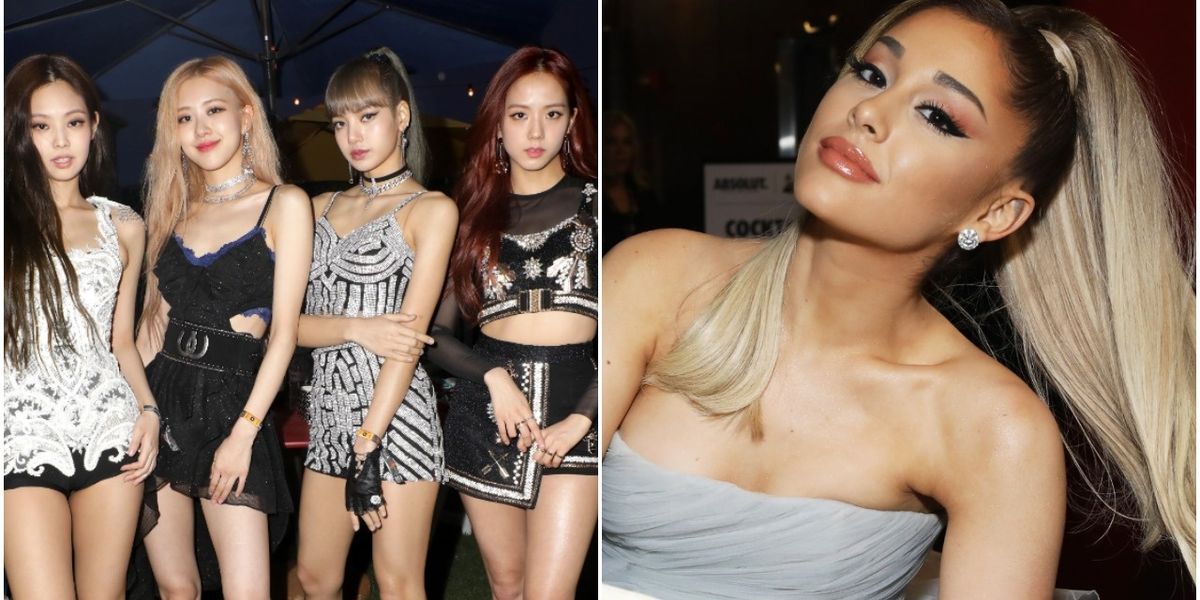 BLACKPINK Fans Think Ariana Grande Is on Their New Song

On the heels of BLACKPINK's new song announcement, fans have already begun speculating on who the mystery guest feature could be — and the current frontrunner is none other than Ariana Grande.

The buzz started yesterday after the K-pop superstars took to their social media accounts with an exciting update about a new track set to debut in August. And while the girls didn't say much more about the second single from their highly anticipated forthcoming album, it didn't take long for people to start wondering who exactly the "Featuring?" teaser could be referring to.

That said, as Stylecaster reported, Grande is currently one of the most popular theories thanks to a little tidbit provided by producer Tommy Brown, who's helped out on hits like "7 Rings" and "Thank U Next."

In an interview with PopCrave from last month, Brown said that he had traveled to Korea in the past year to work with BLACKPINK on new music.

"I have music with them that's really, really incredible," Brown said. "I think the world is going to love them. I also worked with Ariana Grande, you've seen some of it online. But we have incredible records with both acts. Right now is the time I've been my most creative!"

And while it's possible that he was referencing two completely different albums, a number of internet sleuths haven't ruled out the idea that there could possibly be some overlap.

Guess we'll just have to wait and see! In the meantime though, check out BLACKPINK's latest announcement for yourself, below.