Nike and PAPER Create Black Girl Magic With 'All For 1'

The Air Force 1 has always had a long heritage in the community; Nike's Triple Black is the shoe of the people. Worn by those who are getting things done and moving the world in the process, Black Girls CODE embodies this very mission by emphasizing unity and sisterhood among the future leaders of tomorrow.

So, what if the creators behind the next Instagram or TikTok app were young Black girls? Sounds like a dream. But at Black Girls CODE, this is becoming a reality.

"Anytime you get more than a couple of Black [girls] together, you're creating this powerful mechanism for change," says Kimberly Bryant, electrical engineer and founder of Black Girls CODE. 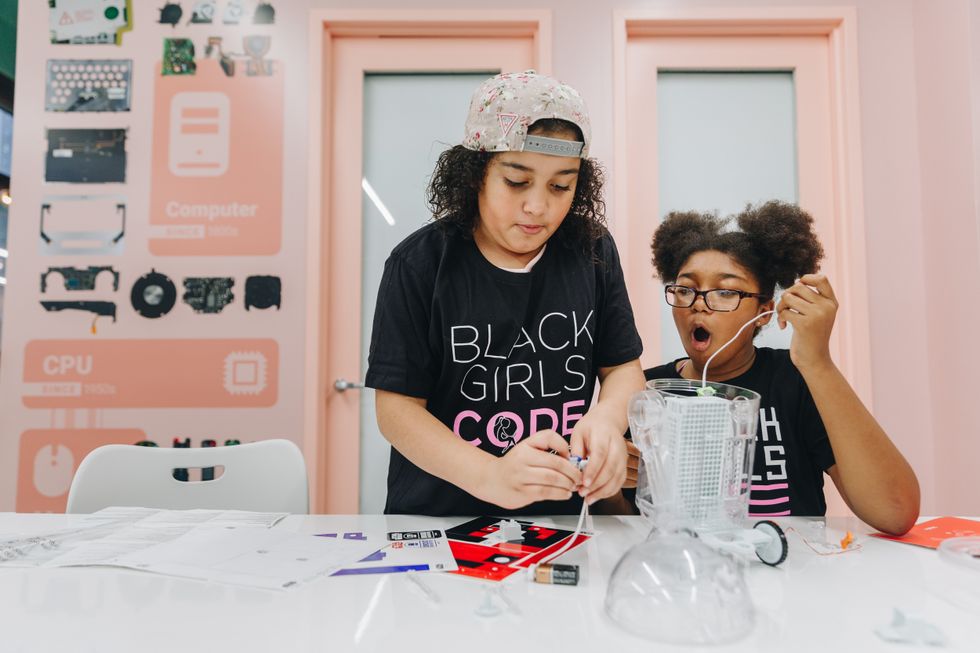 Representing Syracuse, NY to the Bronx: Black Girls Code members travel from all over to code and connect. (Photography: Tess Mayer)

Created in 2011, Black Girls CODE is a nonprofit that focuses on closing racial and gender gaps in science, technology, engineering and math (STEM) by increasing the number of women of color in coding. With a focus on empowering girls, ages 7 to 17, the organization encourages them to become innovators in STEM, leaders in their communities and champions of their own futures.

Through workshops, after school events and summer extension programs focused on skills like gaming, robotics, artificial intelligence and computer science, Black Girls CODE exposes the world of tech to underrepresented communities — where only 2% of women from African American, LatinX and Native American backgrounds make up today's professional workforce in STEM.

Having already inspired more than 10,000 girls across 14 different chapters in the U.S, and another chapter in Johannesburg, South Africa, Black Girls CODE is a global sisterhood of endless possibilities.

"If we can teach one girl to code, she'll teach 10 more," says Kimberly.

Black Girls CODE is not only devoted to showing the world that girls of color can code, but that they are worthy and capable of being whatever they want to be. 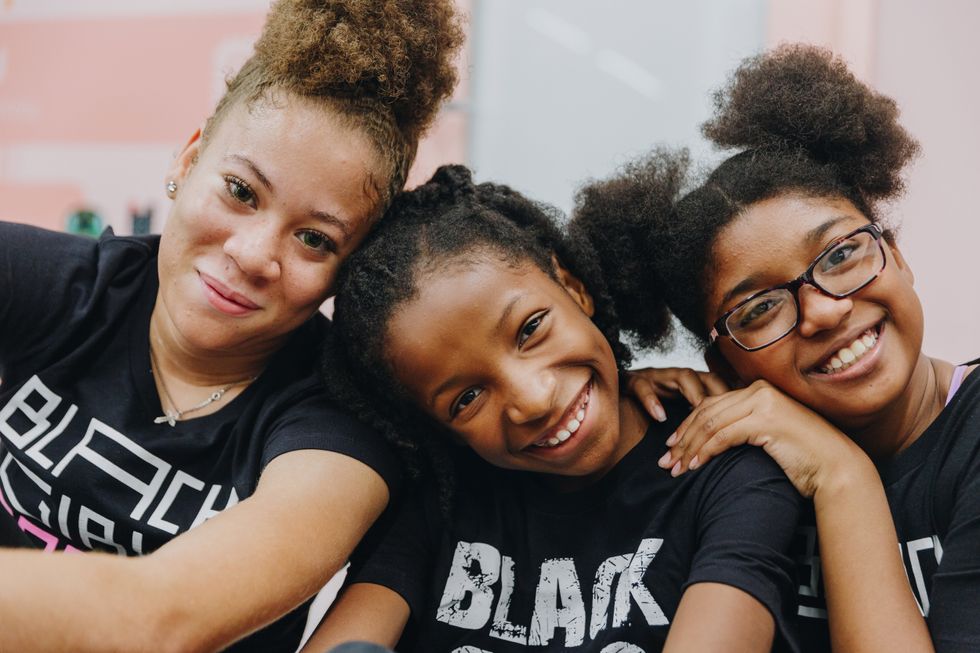 All For 1: The bonds at Black Girls Code are strong. (Photography: Tess Mayer)

Spend five minutes with any one of the cool kids from Black Girls CODE and you will instantly feel inspired. From future Fortune 500 CEOs to aspiring actresses, these girls are confident, driven and unstoppable. It's clear that each girl is rooted in a resilience to making her dreams come true — no matter what, while the power of friendship and support for one another embodies an "All For 1" spirit. 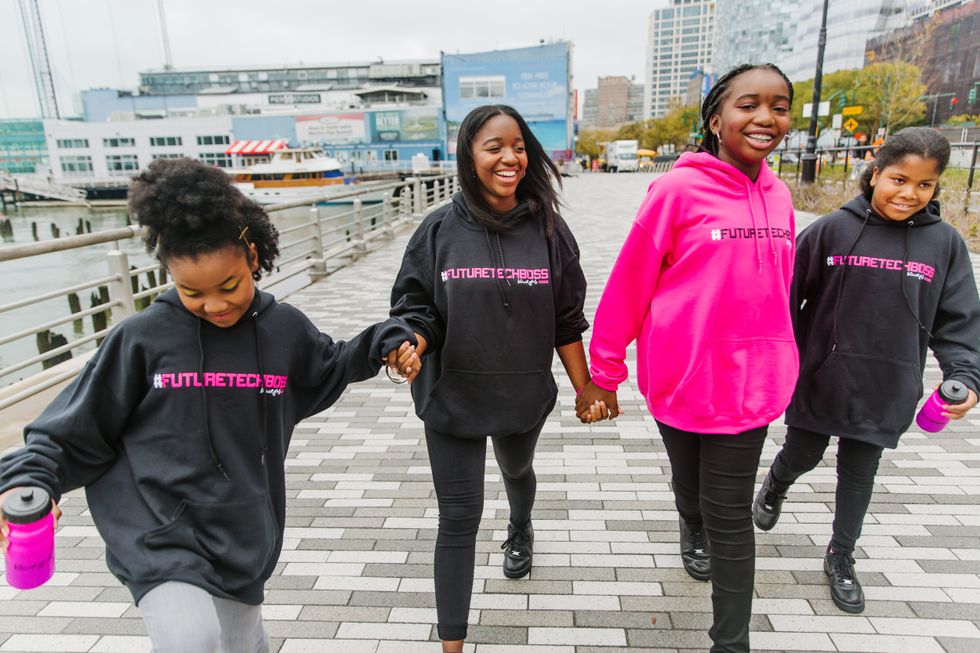 "Black Girls CODE gives girls throughout the world and in different communities, opportunities to explore their wildest dreams across STEM." Kimberly says. "We prove to them that with grind, hustle and hard work — anything is possible." 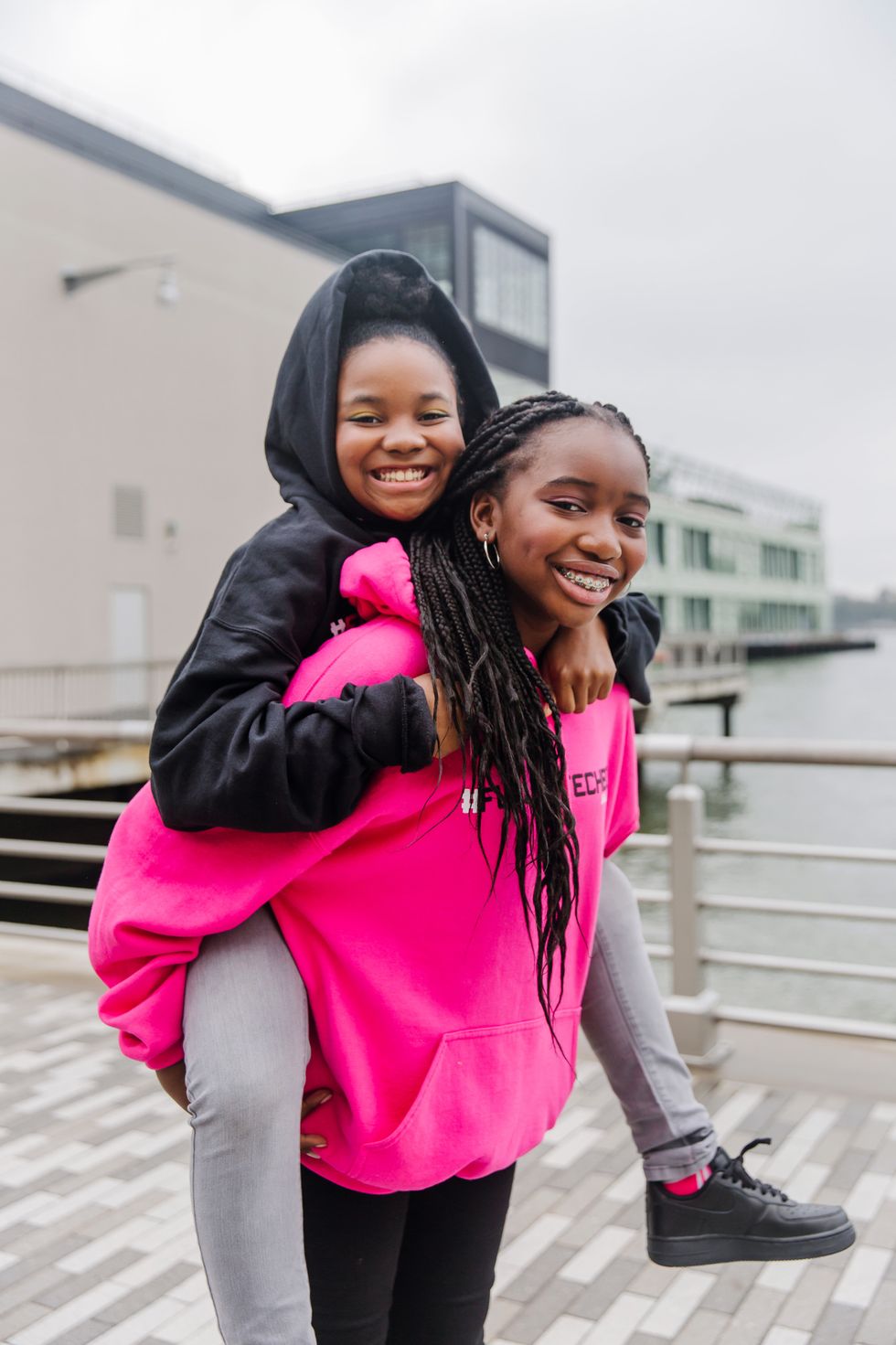 Whether the world is ready for it or not, the future is female. And even better, she's a Black girl who codes.