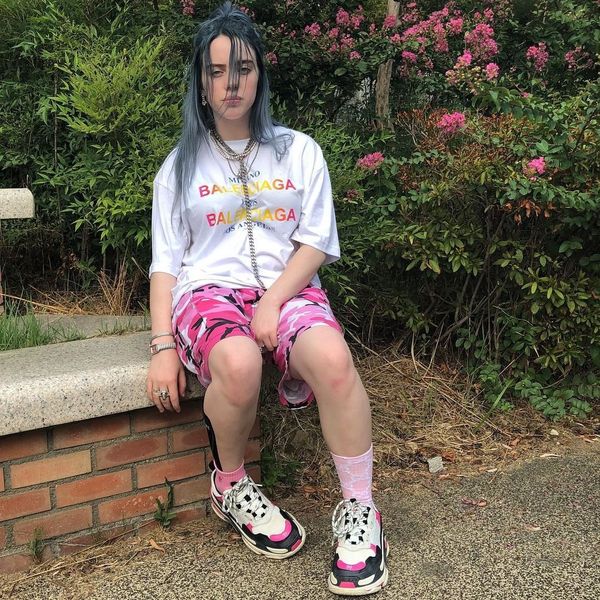 Billie Eilish, the 16-year-old who rules the world, has confirmed that she is living with Tourette's. Eilish was diagnosed with the disorder — which in her case manifests in physical tics, not verbal ones — as a child, and says her family and friends have been aware of it for some time. She shared the diagnosis with fans via her Instagram story today after compilation videos of her tics started emerging online.

"I've never mentioned [my Tourette's] on the internet because nobody thinks I'm deadass," the singer wrote. "As well as the fact I've just never wanted people to think of Tourette's every time they think of me."

Eilish went on to explain how Tourette's symptoms affect her daily life: "I've taught myself ways of suppressing my tics and certain techniques to reduce them when I don't want to be distracting in certain situations... [but] suppressing them only makes it worse when the moment is over."

Generous and down to earth as always, Eilish said she wasn't angry at fans for making videos about her tics. She even said some of them are "low key funny." But it was clearly time to clear the air.

We might learn more about the singer's relationship to her illness in future — she promised that if people want to know about it, then she is "an open book."