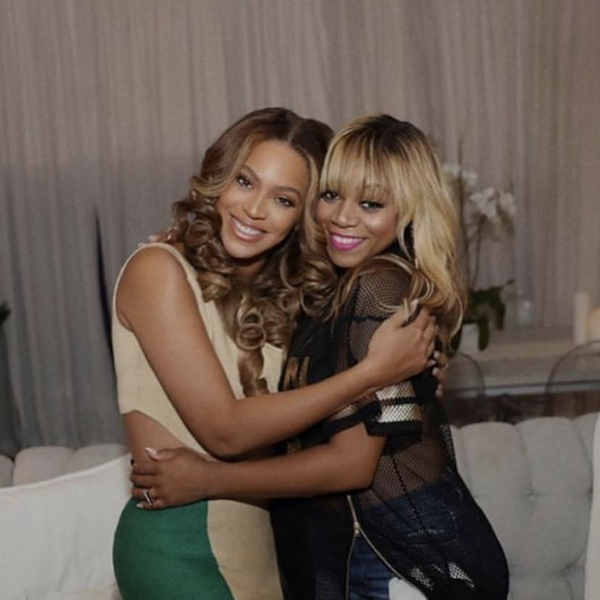 After posing for a sweet picture with LeToya Luckett last week, Beyoncé shared backstage hugs with another former Destiny's Child bandmate last night in Houston. LaTavia Roberson, who left the group alongside Luckett under controversial circumstances in 2000, shared a series of heartwarming reunion photos on Instagram.

Tina Knowles was also there, and Roberson brought her own mom along too. LaTavia told her Instagram followers that she and Beyoncé hadn't seen each other in 18 years.

Luckett, Roberson, Kelly Rowland, and Beyoncé first met in their early teens, and performed as a hip-hop group called Girl's Tyme before going on to form Destiny's Child. A soundbite from a Girl's Tyme performance on Starsearch, in which both LeToya and LaTavia are name checked, is included in the Beyoncé song "Flawless."

LaTavia Roberson on Instagram: “It was so wonderful sharing a laugh and spending time with my FRIEND of 30 yrs.....hadn’t seen Bey in 18 yrs. My mother @cheryl_lastrap is…”

Both Roberson and Luckett have stated in interviews that they left the group involuntarily back in 2000 –– Roberson once told People that she only understood she was out after watching the "Say My Name" video on TV and realizing she wasn't in it.

While they're often written out of Destiny's Child history, both singers were around for the group's first two albums and sang on early hits like "No, No, No" and "Say My Name."

Whatever went down back then, it seems like bridges have been mended. Maybe my dream reunion tour including all past and present Destiny's Child members will end up happening sooner rather than later.