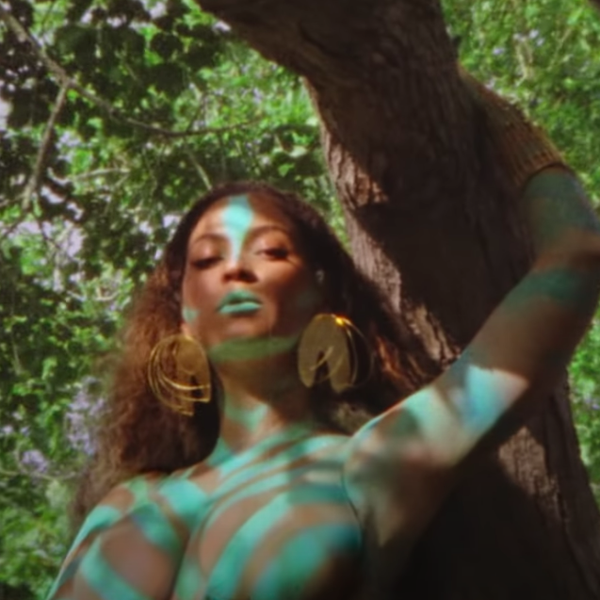 The Official Trailer for 'Black Is King' Is Here

Last month, Beyoncé announced her upcoming visual album Black Is King with a short teaser on her website. And just from watching the clip, it was obvious that fans are in for another artistic treat from Bey. Now, Disney Plus has dropped the official trailer for the movie, and it's basically confirmed that we're all in for something absolutely stunning.

The new teaser features literally out-of-this-world visuals, as it starts out with a shot of a young boy — the Simba figure in the Lion King inspired film — floating in outer space, and then falling to the earth like a meteor. And though a lot of Black Is King does make a lot of references to traditional cultural elements from the African continent, it also shows images that draw from modern-day African-American culture.

Of course, Beyoncé herself is a star in the colorful cinematic masterpiece. And we even get to see a glimpse of her in a synchronized swimming number.

Related | Beyoncé Is Going to Release a New Visual Album

There are cameos from Jay-Z, Naomi Campbell, Lupita Nyong'o, and other prominent Black figures and personalities. The trailer shows a tea party scene that even includes Bey's own mama, Tina Knowles-Lawson, and her cousin singer Kelly Rowland. A press release also says that Pharrell Williams will be making an appearance. But there's bound to be more, and audiences should also keep an eye out for other artists that were featured in The Gift.

Directors Emmanuel Adjei, Blitz Bazawule, Pierre Debusschere, Ibra Ake, Dikayl Rimmasch, Jake Nava, and Kwasi Fordjour have all contributed in the making of Black Is King. And Disney announced that though not all countries have access to their streaming platform, they've made a distribution deal that will make the film available to watch in South Africa, Nigeria, Ghana, Ethiopia, Namibia, Cameroon, Liberia, Burundi, Senegal, Togo, and more.