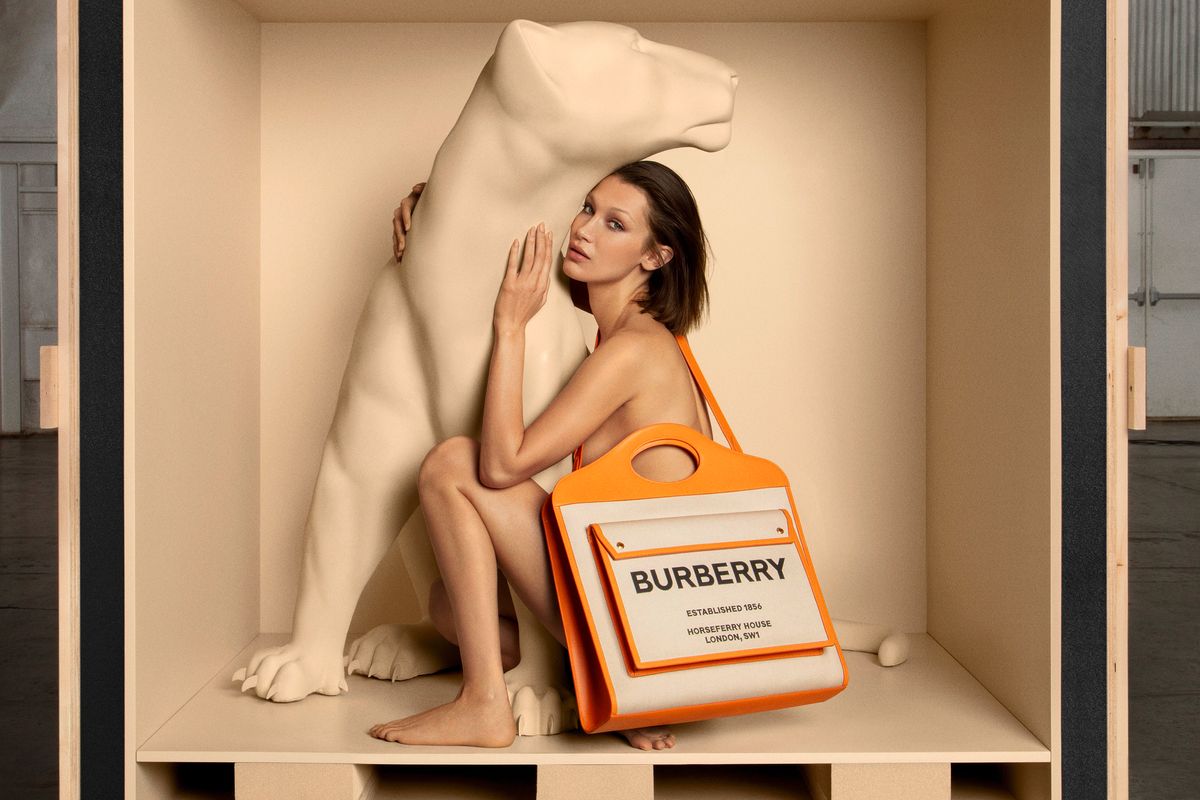 Bella Hadid Is a Sultry Feline in Burberry's Animal-Themed Campaign

Few models conjure big cat energy like Bella Hadid, what with her sharp, almond-shaped eyes and angular features that could cut glass. So it was a treat to see the supermodel unleash her inner feline in a sultry, animal-themed shoot for Burberry released today.

The British label tapped photography duo Inez & Vinoodh to shoot their first-ever bag campaign, which featured Hadid in a variety of catwoman-esque poses next to life-size panther sculptures inside a wooden crate.

According to Chief Design Officer Riccardo Tisci, the campaign was inspired by Burberry's Animal Kingdom, a house code that started with founder Thomas Burberry, and his animal motifs like the knight on a horse emblem and unicorn family crest.

Animal magnetism . #BellaHadid is a vision of beauty and feminine power for #ThePocketBag, inspired by the Burberry animal kingdom – established by our founder Thomas Burberry and reinterpreted by #RiccardoTisci . #Burberry

"Animals have always been a creative obsession and signature of mine, and it was so amazing to see Bella Hadid bring this to life as the panther," he said in a statement. "She has this fierce power and raw femininity that perfectly embodies the animal spirit."

"It was our last shoot before the lockdown with the team from London and Bella in LA," Inez & Vinoodh said, explaining that animal moves and body positions are always inspiring as a starting point for a photograph. "Bella is also so much fun - we always have a good time together... watching Inez showing Bella how to walk like a panther was definitely a highlight!" added Ffrench.

See the full campaign, below.