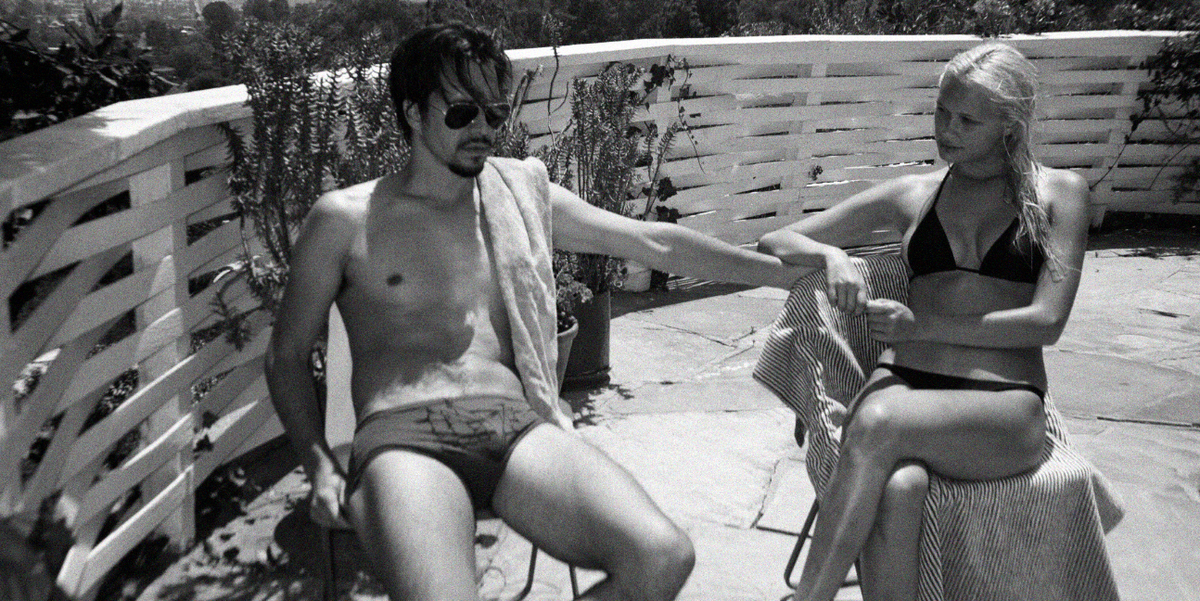 Photographer Henrik Purienne, or simply 'Purienne,' is one of the most sought-after artists in the business and it's not difficult to see why. While the South African's portraits titillatingly explore the female form through a wet, hot, hedonist lens, his imagery is always masterfully delicate — each scantily-clad subject transporting the viewer to total tranquility. With a new book, Holliday, which features model and Purienne's main muse, Lilah Summer, the photographer exists in a league of his own, or what some might call: paradise.

Often while sleeping. Dreams being the blueprint. Insomnia the execution. I suffer from A.I.S. (Aesthetic Irritability Syndrome), which means in order to have a stimulated mind I need a stimulating environment. I spend 90% of my time curating the physical space that dictates my mental space.

Theres no montage to success. Just follow the sound of the tambourine. Everything informs everything. Building blocks.

I grew up in a dusty mountain town in South Africa where I studied History of Art and Photography under Sergio Vacaro at the Hugo Naude Art School. Followed by a degree in Writing, Directing and Cinematography. I made documentaries and short films for broadcast television straight out of film school. And curated 'Masjien' — an independent South African short film festival hosted by the Bell Robert Gallery. I became obsessed with living at — a rundown apartment complex in the forest set at the foot of Table Mountain, Cape Town. And obsessed with furnishing it. I was instinctively attracted to the most expensive things in the world. Which often were the most simple things. I co-founded 'Bauhaus MCM' in a rundown tobacco warehouse, specializing in Bauhaus to Memphis era investment furniture and objects. I became, let's say, very specific about design. From my car to my toothbrush. I was still constantly taking pictures, documenting my friends and girlfriends cruising around and hanging on the beach. When I met German Art Director Frank Rocholl, these interests combined to form Mirage Magazine - a scrapbook for my more artificial interests. It gave me a global platform that led to commissions allowing me the time to develop other projects in the background.

Considering the current media milieu, I think it's foolish to discuss work in progress.

Only the good ones.

I agreed to 'rig at dawn'. AKA denied my instincts.

I would prefer to leave behind a legacy that is the result of living in the present.

Do it at night. And wear a disguise. Perhaps a raccoon suit.

There's been some close calls. Most of them conference calls.

What trends in your field do you find most exciting / are you most optimistic about?

I like to at least imagine that there is a return to simplicity. To content over form. To a DIY approach to creation. The return of the auteur.

What about your field is frustrating? What would you like to see change?

The current culture of excess, trashy irony and mindless trends.

I have been toying with the idea of designing a small new planet. Or at least a new way of living. At my own pace. On my own terms. The only possible setback would be my pace and terms.

If you're referring to photography, I've never really seen it as a career. I don't have an agent. I don't set out to shoot celebrities or massive commercial brands. Taking pictures always came easy; it is an extension of my total aesthetic.

I get up at noon.

What are you most excited about for the future? (Can be about your career, your personal life, the world - anything.)

Someone once said to me — and this I will never forget — he said: "To each to his own"

It's just the vibe.