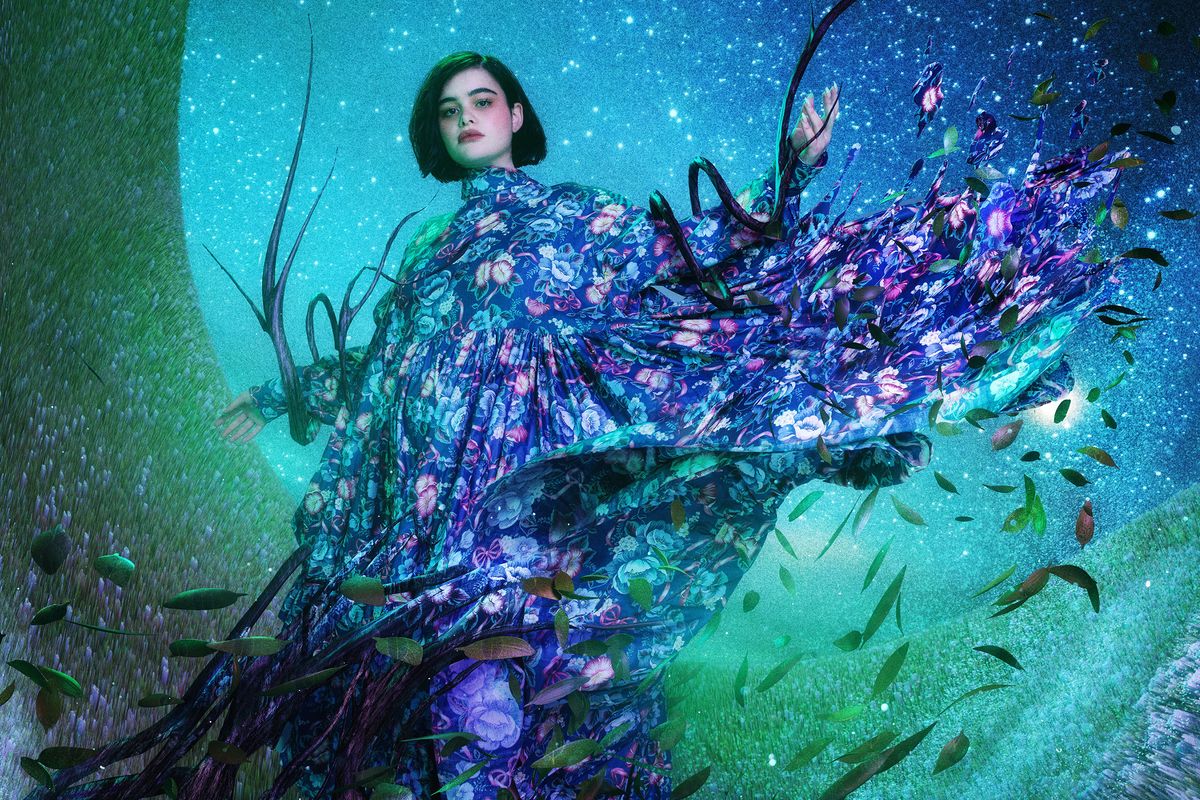 Body positivity has slowly but steadily morphed into a buzzword that everyone from brands and celebrities to activists are rallying behind. Everyone is angry and for good reason. For too long, society and corporations have sold an unrealistic beauty model to the world — one that rarely exists beyond photoshopped models on billboards and diet pill commercials.

It could be viewed as a collective awakening of sorts. Yet, we seem to be stuck in a vicious cycle. "Fat" is still thrown around like a dirty word and most of us continue to hate our bodies akin to a morning beauty routine.

Despite all the conceivable noise and fierce activism around the topic, young women have never been more insecure about every inch of their bodies than today. Barbie Ferreira, one of the pivotal leads of the upcoming HBO drama, Euphoria, says the mass commodification of the movement is to blame.

"It's really just about how companies and brands deal with body positivity and how they incorporate these amazing, fascinating people who are super talented into one-dimensional stories to sell things," Ferreira says. "It's not just you're curvy and people hate that. It's that people, especially in America, love to criticize women's bodies in every aspect because it makes money, because women are consumers and they buy things."

You know what Ferreira's talking about. Weight loss industry has been around for a while. It knows how to reinvent itself, and make itself sound buzzy with terms such as "wellness." Among other things, the same influencers and celebrities shoehorning body positivity are also slyly pushing you to buy detox teas and suspicious looking magic pills that can surreptitiously give you a six pack. Overnight.

Ferreira, who previously starred in shows such as Vice's How to Behave and HBO's Divorce, knows that advocating for women to love and celebrate their bodies in a culture where they're "ultimately set up for failure" is a tough job.

"Women spend so much money. I mean, the diet industry is multi-million dollars. You see fast food commercials and then the next one you see a magic pill that's going to remove all your fat," she says. "It's just the way it's set up. It's set up for us to have quick, easy food that's bad and really cheap because it's mass-produced, and then in the same breath, it's these pills that are chemicals or these diet programs that don't last. It's all just a ploy to get you sucked in."

"I made a decision that, from now on, I'm going to have to at least try to be the bad bitch that I am, that I want to be. I have to, because I have no other choice."

In Euphoria, the 22-year-old who has also modeled for the likes of H&M, Adidas and Diesel, takes on the role of Katherine Hernandez — a young high school student who is trapped in a world where she not only feels "overweight" and unattractive but also mostly just invisible, a feeling Ferreira admits she's more than familiar with.

The actress who thrust herself into the limelight after a short modeling stint at American Apparel, says that although intimidating at first, that's how she learned to stop caring what other people thought of her. For Kat, however, her big "fuck you" moment occurs after (spoiler alert!) a shocking event causes her becoming a cam girl. Although there are little parallels between modeling and webcamming, Ferreira claims the intense feeling of vulnerability is the same.

"When I was 16 and I started modeling, I was very insecure about myself to the point where I didn't wear any revealing clothes," she says. "Everything was strategically placed on my body to hide my love handles, you know, just very specific. When my first modeling pictures came out, it was totally new to see someone who was a bigger girl in something that wasn't necessarily a plus-size brand. I remember that moment where it was like the whole world crumbled into itself. Everyone online was being really rude to me, and I was 16 at this point, so I just had no tools to understand it. At the same time, I was also on Tumblr, like Kat was, but in an anonymous sense where I didn't say much about my life. I showed my face, which Kat doesn't do in her blog, but no one had seen my body, no one had seen me without it being extremely particular. So I made a decision that, from now on, I'm going to have to at least try to be the bad bitch that I am and want to be, because I have no other choice."

To this day, Ferreira continues to champion this confidence while inspiring her legion of half a million followers on Instagram alone. Kat, on the other hand, acts as an on-screen reflection of this confidence.

"It's either I succumb to what people are saying and just think of myself as someone who's unworthy, who's ugly, or whatever it is, or I celebrate myself. And that similarity with Kat rings so true" she says.

Although both Ferreira and her character have found a sense of empowerment in celebrating their bodies and personalities, the actress insists it doesn't exactly happen "overnight." It's a process.

"I think that's what people forget. It's like, no matter what you do or wear, what you're doing online, how much of yourself you're exposing, it's a constant conversation with yourself," she explains. "With Kat, she has a very horrible moment that happens to her where her trust and power are completely taken away. Though the way that she maneuvers getting that power back in her sexuality is flawed, but it is also the best thing that she could think of. Approaching it in a way where it takes years and a constant battle of confidence and telling yourself you're okay even when you feel like you're at a point where the voices are quiet. And of course, with Kat, she's 16, the voices aren't quiet — she just muffles them with extremity that she finds power in."

Finding power in an image-obsessed society is a task in itself. Teenagers are doing that while navigating life and identity, obviously making mistakes that only stand to be magnified with social media's constant and razor sharp attention to every little detail.

"Without the internet, for me, personally, I feel like I would never have found a community of people that I like that understand me. I would've never modeled or have the confidence for that," says Ferreira. "With the internet, there's such power when people feel isolated; it can find others who feel like them and create a community. But at the same time, we have to navigate what the internet really is, which is just this open forum where anything goes, and the magnitude of it right now we're learning. I think a lot of Gen Z and younger millennials are kind of guinea pigs for what happens when you're really young and you have this thing called the internet and how it works. I think we're all just kind of this guinea pig batch of what happens in this situation. We're learning as a society."

In the end, all Ferreira hopes for is a little bit of empathy for the teenagers in real life and for even those who mirror their struggles on screen.

"It took six years for me to be at a place where I accept myself, and I've grown so much. I really hope that people can see that yearning for Kat to really just want to understand herself and her sexuality, her body and connect with people with a sense of compassion instead of for ulterior motives," she adds. "The whole show is really just understanding where people are coming from, especially teenagers who are living in a very dark world where everything is at their fingertips. A violent video can just pop up, you'll see tragedies constantly bombarded on your phone, you'll see things that you don't want to see, internet porn and all this information overload. I think people who are growing up in this social media age can really feel for these characters because they're extremely flawed; all of us are. But the thing is, real people are flawed! So the message in the show is really for compassion, empathy, for seeing where these kids are coming from."

"I think more people need to start listening and putting people behind a camera who identify and are part of these communities to tell their stories."

As for those deeming the show "too sensational" or "risqué" or simply those who have collectively labeled younger millennials and Gen Z as "lazy" and "entitled," Ferreira has a message.

"I think more people need to start listening and putting people behind a camera who identify and are part of these communities to tell their stories," she says. " I certainly hope that Euphoria will speak to everyone. Our characters are all different but in the media, we're put into these boxes, where she's a curve girl, she's a trans model, or she's whatever. I hope that this show makes people really relate to everyone and know that everyone is really similar, and these identities can influence a decision, but it's not the center of everyone's world."