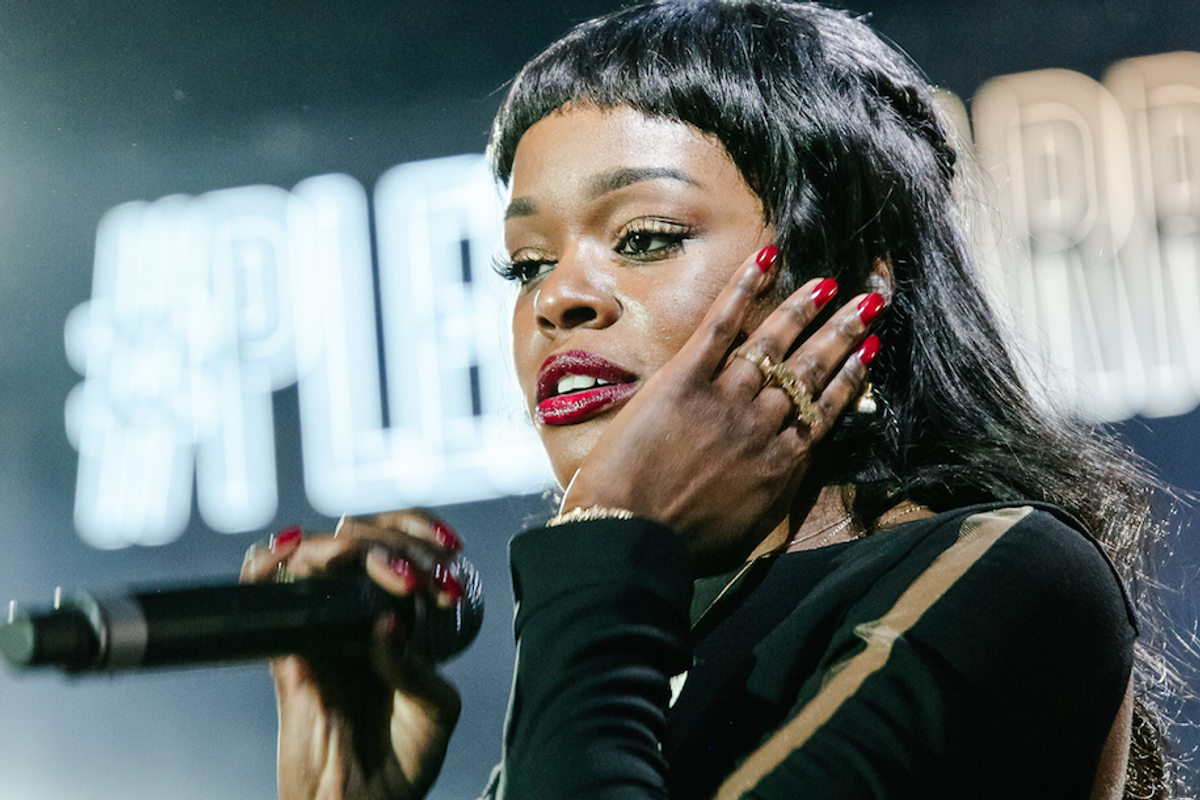 Right before her trial was set to begin, Azealia Banks has accepted a plea deal for biting the breast of one of New York nightclub Up&Down's security guards in 2015 who failed to recognize her.

Forever committed to her court ~lewks~, Banks reportedly appeared in court dressed in a sparkly minidress and platform boots and accepted a plead guilty to third-degree assault in exchange for no jail-sentence.

The rapper will have to complete an anger management program, continue her mental health treatment and avoid any similar incidents/run-ins with the law, otherwise she faces up to a year in prison.

Assistant Distract Attorney referenced Banks past offenses in her statement, telling the judge she planned to introduce the fact Banks once slashed her sister's neck with a box cutter and "was involved in an altercation" with Russell Crowe in which Banks was revealed by eyewitnesses to be the aggressor.

Page Six reported that Azealia Banks was represented by a court-appointed counselor as opposed to her personal lawyer – indicating her legal troubles may be impacting her finances.

It sure is hard out here for a fading rapper-cum-witch with anger issues.