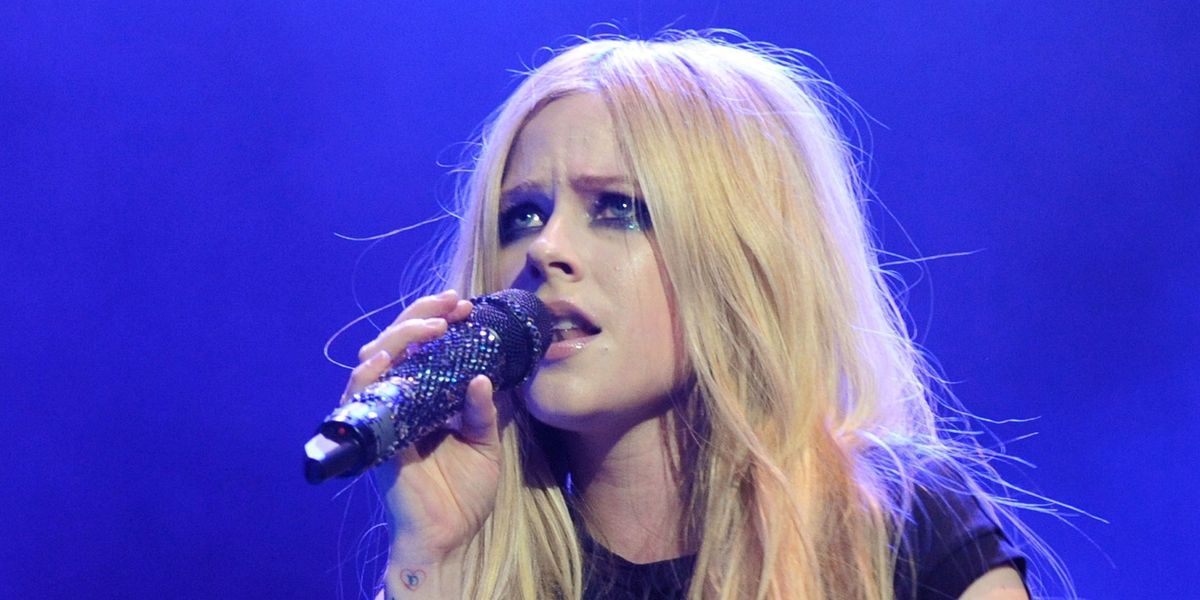 Did You Know Avril Lavigne Is a Christian Rock Artist Now?

Avril Lavigne, canonical pop punk figure and Lyme disease survivor, was interviewed by The Guardian's Laura Snapes this week. The in-depth profile covers many topics spanning the length of Lavigne's long and sometimes confusing career, leading up to the release of her powerful piano ballad "Head Above Water." But there's one small detail that I can't quite get out of my head: Lavigne's recent Christian radio success.

See, "Head Above Water" — the lead single from an album of the same name coming out next month — hasn't made a huge impact on the Billboard Hot 100 since being released in November and peaking at No. 64. Which might make you pause and reflect upon the slow sad demise of an artist who, prior to disappearing from public life to focus on her health five years ago, could reliably sell singles in the high millions.

But never fear, Avril stans! You and my 12-year-old self will be glad to know that our girl is still popular, albeit among a slightly different audience than she's used to. "Head Above Water" has remained in the Billboard Christian Singles chart top 10 for the past two months, and shows no sign of leaving. It has also, as Snapes notes in the Guardian profile, garnered 57 million YouTube views in just three months. The piano ballad about triumph over struggle has resonated strongly with audiences of faith, and religious publications like Aleteia and Christian Today have welcomed Lavigne into the Christian rock genre with open arms.

Related | Watch Hilary Duff in 'The Haunting of Sharon Tate'

How surprised should we be about this? Not necessarily very. Think of it as the latest in a series of re-brands. Avril began her career as a boyish necktie-wearing skateboarder, then transitioned into a prolonged bleached blonde kawaii-adjacent soft punk phase. In all her guises she has steadfastly stuck to the mainstream charts, but for better or worse there's an age limit to neon pink hair streaks. Lavigne has also referenced a conservative Christian upbringing in multiple interviews — perhaps making music explicitly designed for a religious market came naturally.

Watch the video for "Head Above Water" and ponder the existence of a higher power, below.