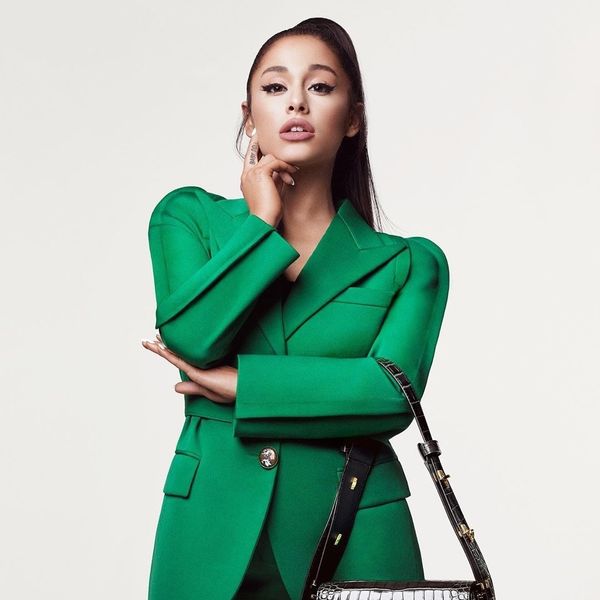 After dropping a not-so-subtle teaser this past May that featured a silhouetted figured tossing around a suspiciously long ponytail, Givenchy has now officially unveiled their fall 2019 campaign featuring Ariana Grande as the new face of the storied French House.

Grande may have seemed like an unconventional choice for the Parisian bastion of high fashion, given the pop star's younger audience and typically streetwear-leaning wardrobe. But a closer read of the inspiration for Givenchy's fall collection reveals that it was practically tailor made for the "thank u, next" singer.

Taking cues from the Biblical Garden of Eden, the fall 2019 collection deals heavily with themes of nature and structure, exploring both masculine and feminine shapes. Described by Givenchy as "a strong, independent woman of refreshing character and style," Grande has an ability to pull off a power suit one minute and a tulle-stuffed ball gown the next making her the perfect muse for this campaign

Sporting looks that include a tailored green suit, a floral top, and an embroidered off-the-shoulder dress, the Craig McDean-shot campaign embraces a minimal approach to the series of portraits in a way that hearkens back to a more classic Givenchy. It is an interesting return to center for a brand that seems to be progressively thinking more and more outside the box for each new campaign.

Check out some of the images from the newly launched fall 2019 campaign, below: