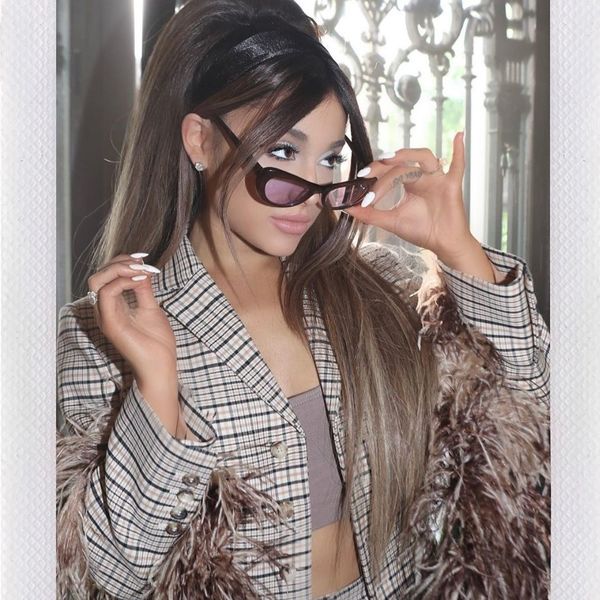 Ariana Grande's 'Boyfriend' Video Is 'The Hunger Games' Made Fashion

Ariana Grande can't stop, won't stop — and why should she? Two albums in a year? Check. A sold-out world tour supporting both albums? Cool. Random single drops whenever she pleases? Why not?

Related | 'We Need to Talk' About Tayla Parx

Next up is "Boyfriend," a song Grande wrote with rising pop duo Social House about the very modern phenomenon of commitment phobia.

On Twitter responding to a fan's question about the track, Grande writes, "i feel like this song captures a common theme in the lives of so many people i know ! people want to feel love but don't want to define their relationship & have trouble fully committing or trusting or allowing themselves to fully love someone. even tho they want to."

well, i feel like this song captures a common theme in the lives of so many people i know ! people want to feel lov… https://t.co/NyheEMO0If
— Ariana Grande (@Ariana Grande)1564703737.0

right ? we wanted to make something uplifting that captures that feeling of being afraid to take the leap & trust,… https://t.co/rqdSLa9GTJ
— Ariana Grande (@Ariana Grande)1564704082.0

To capture such potentially sad subject matter, Grande, to her credit, keeps things light and playful, without sacrificing personal significance. "Boyfriend" is anchored by upbeat throwback '90s R&B and plentiful hooks. Fans of Thank U, Next will glom onto this one quite easily.

The video, which had been teased by Grande in the days leading up to this drop, is basically a bougie fashion party where the guests can apparently only wear Givenchy. But ever the theater queen with a sense of humor, Grande skewers fashion society too, dreaming up nightmare scenarios at the party in which she responds jealously to her love interest chatting up other women. One involves Grande leaping over a staircase, Katniss Everdeen-style, and firing a bow and arrow into the hand of one such unlucky woman. In fashion! Later, she and her lover, who is one-half of Social House, ruin a bathroom in the name of make-up sex. In looks!