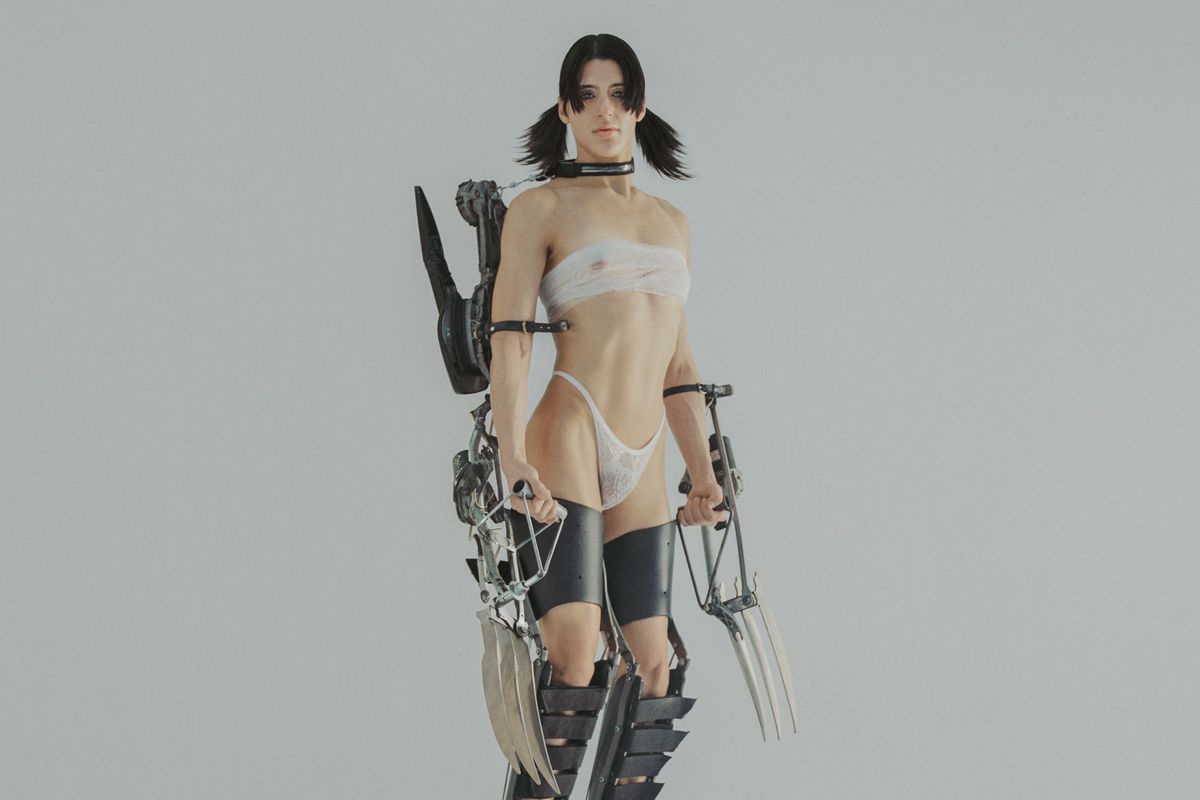 Arca Goes on Date With the Devil in 'Time'

Finally, the "Time" has come.

The second single off Arca's forthcoming album, KiCK i, "Time" is the artist's most pop-minded solo work to date. A dreamy electro-pop ballad floating atop a pillowy bassline, "Time" is lush and ethereal with shimmering synths cascading over Arca's gossamer vocals. It has echoes of M83 at their most cinematic or Neon Indian at his most sentimental, while still remaining unmistakably Arca in its approach and sound design.

If "Nonbinary" was a mission statement for the KiCK i era, "Time" is Arca's grand arrival. A song about seizing the moment and stepping into the light, "Time" is especially poignant in the context of Arca's own metamorphosis since her last album, coming to terms with her gender identity, transitioning and finding love. Triumphant yet tender, "Time" reads like a love letter to personal growth with Arca's gentle coos of "take this time tonight for yourself" coming across like a warm reassuring embrace (and a rather prescient reminder to practice self-care).

First heard as part of Arca's Mutant;Faith cycle of performances at the Shed, "Time" arrives today alongside a new music video that will feel familiar for those that were lucky enough to attend. Filmed on the final day of her residency, the video draws on some of that show's most striking visuals from the cyberpunk laser mask and angel wings created by Carlos Sáez to the spinning mechanical bull covered in hair extensions. The video follows Arca as she goes on a literal date with the devil, engaging in some laser-based foreplay before spilling out onto the streets of New York in a very Euphoria-meets-Halloweentown blend of psychosexual romance and fantasy.

KiCK i is set to be released on XL Recording June 26th and feature appearances by Björk, Rosalía, Shygirl and SOPHIE. Check out the full tracklist, below, and pre-order the album here.