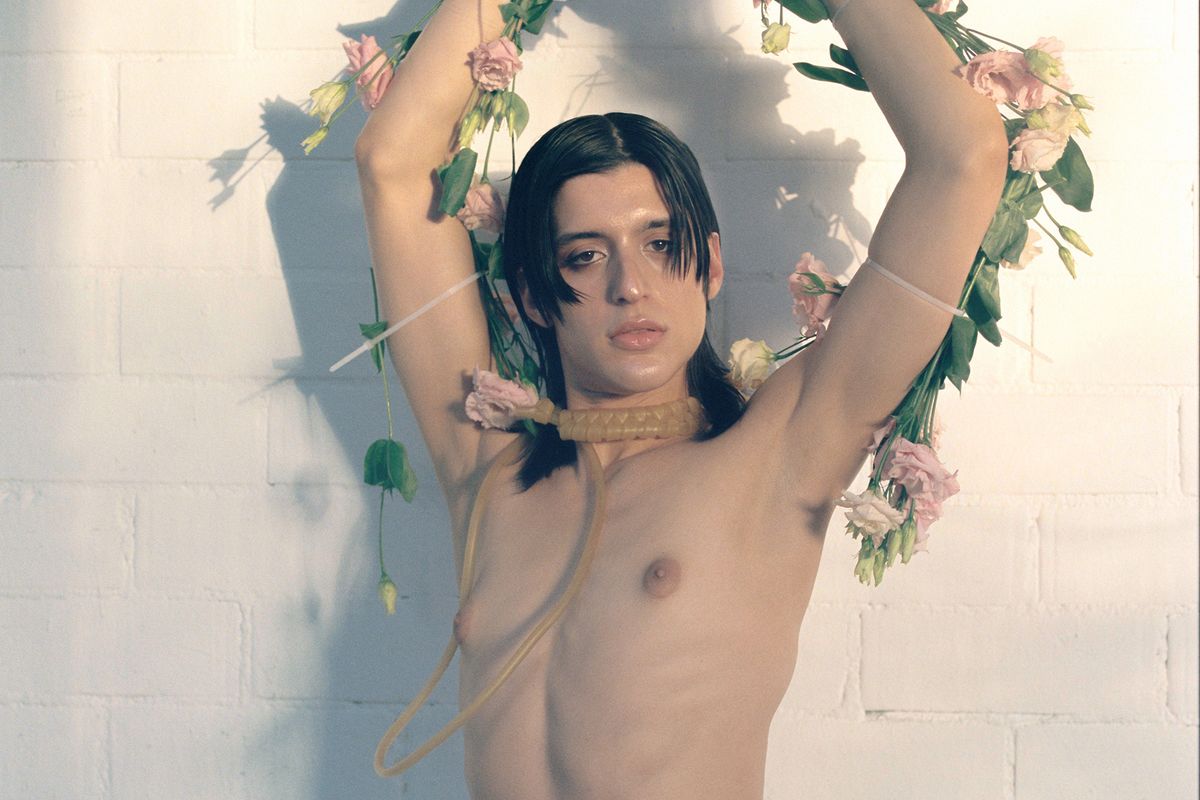 Arca KiCKs Off a New Era With 'Nonbinary'

The opening track off the artist's upcoming album, KiCK i, "Nonbinary" functions as a manifesto not only for Arca's most pop-leaning record to date but her worldview at large. In her recent digital cover story for PAPER's Transformation issue, Arca explains that being nonbinary is more than just a gender identity, it's a philosophy. "It gives me the feeling of possibility, to not allow for easy categorization. I wouldn't want to just go pop and I wouldn't want to go full experimentalist," she says, explaining that the mindset allows for an individual to contain often contradicting multitudes within themselves while still feeling fundamentally whole. "That's where a nonbinary mode of thinking feels really fertile. It opens possibilities rather than collapsing things. Allowing for change without resisting it."

Starting off with a spoken word monologue full of vivid imagery like "french tips wrapped around a dick," Arca bobs and weaves through a lumbering metallic beat before shots get fired and she's all of a sudden imploring listeners to speak for their own "self-states" amidst a barrage of bullets and swirling explosions. Clocking in at compact two minutes and 20 seconds, "Nonbinary" wastes no time strapping listeners in and taking them for a ride, one second sexily whispering in their ear and the next plunging them into a stomach churning rollercoaster dive.

Not to mention, "Nonbinary" comes alongside an equally insane video with 3D visuals courtesy of Frederik Heyman that see Arca laid out pregnant on a robotic operating table, smoking on top of a rock with scissors sticking out of her side and covered in roses emerging from a clam shell like a cybernetic Marilyn Monroe. The video culminates in a telenovela-esque argument between Arca and herself clad in both black and white dress. This stark visualization of self-states fuels the track — a dramatization of two seemingly at odds yet they're contained within one person. "I'm asking for recognition that we have multiple selves without denying that there's a singular unit," Arca explains. "[It's] the difference between the pronoun use of 'they' and 'it.' It's that I want to have my cake and eat it, too. I want to be seen as an ecosystem of minor self-states without being stripped of the dignity of being a whole."