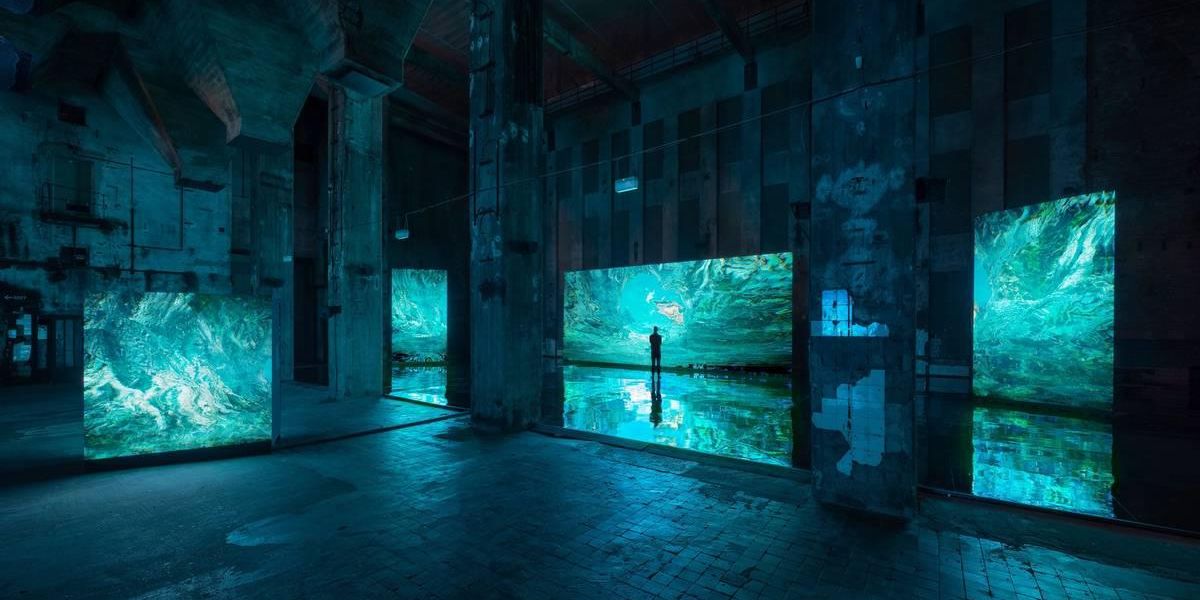 After having spent a little more than year going dark, nightlife is slowly but surely healing. And in its absence, nature has taken over — well, sort of.

A new exhibition by artist Jakob Kudsk Steensen — and presented by Berlin-based art foundation LAS — is transforming the space next to the infamous German nightclub, Berghain. Spread across two floors and a bunch of different LED screens, Berl-Berl is designed to immerse viewers in a digital swamp populated with glitched out amphibians and covered in pixelated moss.

Berl-Berl was inspired by Kudsk Steensen's experiences canoeing through wetlands around Berlin-Brandenburg and was made by compiling thousands of images of actual swamps using a process called macro photogrammetry. Originally, the artist planned on using nature sounds to augment the piece, but was later inspired by the space's cathedral-like qualities to bring in a human element.

Enter Arca. The artist enlisted the help of the Venezuelan producer to bring her operatic vocals to the work, blending her raw voice with amphibian sounds that Kudsk Steensen sourced from The Natural History Museum's archive. "She just goes hardcore in the studio, improvises, does a session, and then we get it back, play with it, and did a second session," Kudsk Steensen told Dazed.

Berl-Berl will be on view at the Halle at Berghain through September 26th, 2021. For those that aren't able to make it to Berlin in person, Arca will be doing a virtual performance on BerlBerl.world this September, as well.