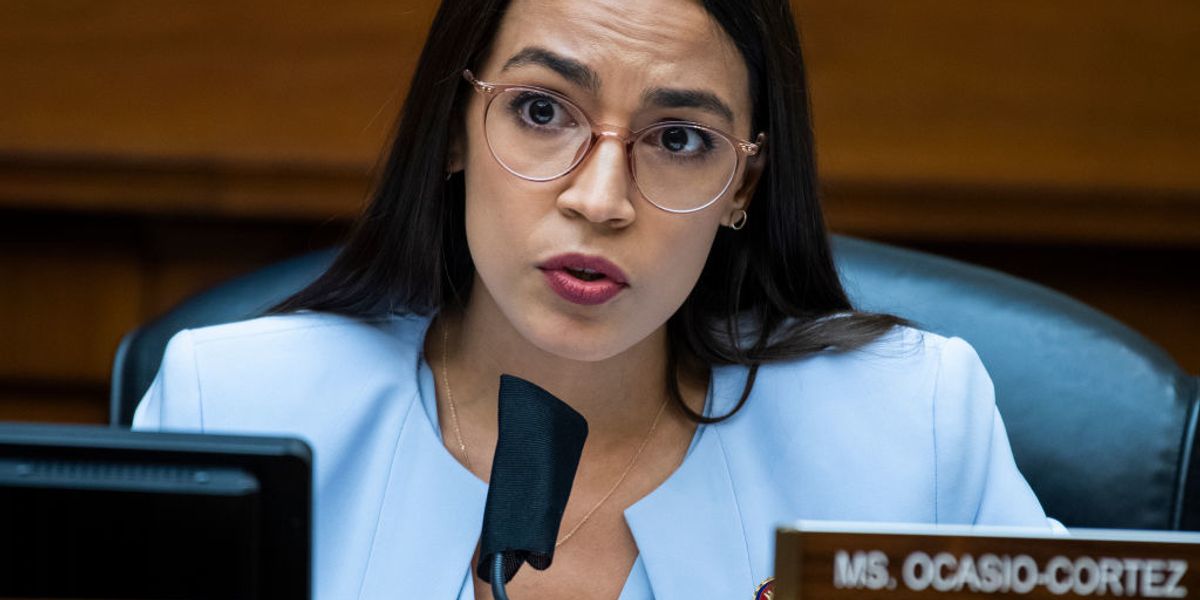 An apparently little-known fact about editorial photo shoots: the models don't wear their own clothes. Not even if they're politicians, as is the case for Alexandria Ocasio-Cortez, who is on the cover of this month's Vanity Fair.

Cheap clothing made by underpaid workers in other countries is much more symptomatic of the evils of late capitalis… https://t.co/86IGbL4vbC
— 🕷clipping.🕷 (@🕷clipping.🕷)1603987648.0

The cover story, by Michelle Ruiz, goes into detail about the constant, disproportionate amount of hate AOC receives from Republicans and the right-wing media. Seems like none of them read the piece, though, because they're at it again. "AOC appears in Vanity Fair in outfits worth $14,000 to curse Trump out," reads a Fox News headline. Twitter denizens are repeating different forms of the insane argument that a socialist shouldn't wear designer clothes when posing for major fashion magazines.

Related | Of Course AOC Is a Telfar Stan

It's weak, and they all know it. AOC knows it, too. The representative for New York's 14th congressional district tweeted a few quips today that show she wasn't bothered. The tweets also confirm that she borrowed the clothes (which include suits by ALIÉTTE and Loewe, as well as Louboutin heels.)

There are probably valid, nuanced discussions to be had about fashion shoots and politicians, about our thirst to deify a congresswoman whose entire platform is being "of the people." But those discussions were simply not had today. Instead, we got mess, which AOC graciously sought to clean up.

A reminder: compared to the vast majority of her Washington colleagues, across both major parties, Ocasio-Cortez lives pretty damn humbly. In everyday life she rocks a Telfar bag, not a Birkin. Let her have this! She looks amazing... and what she has to say in the article is worth reading, too.