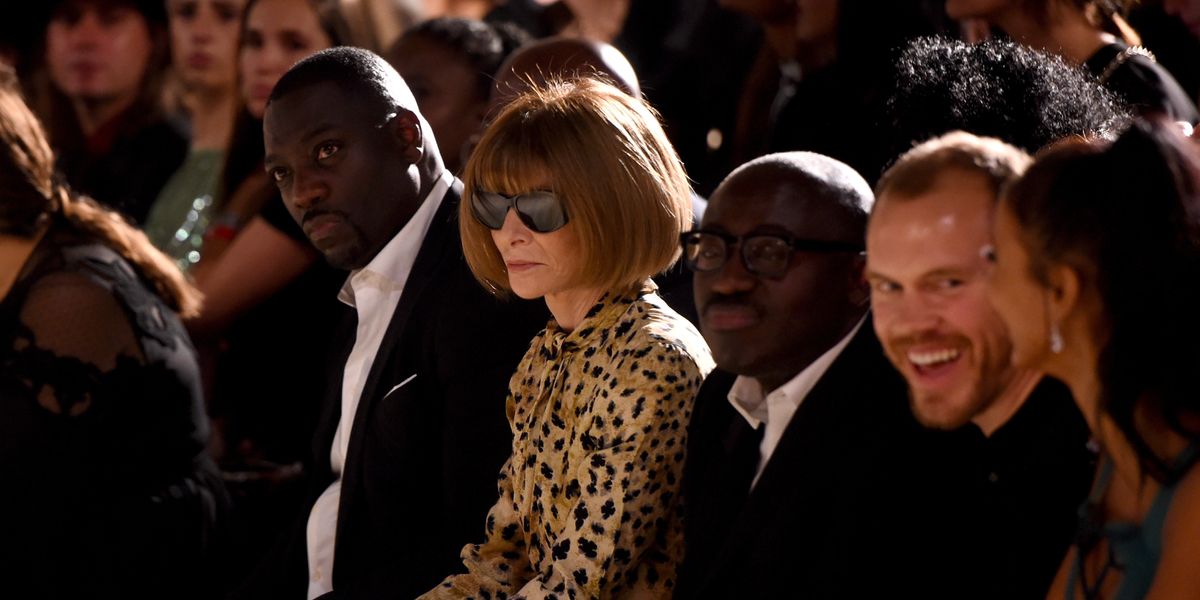 Few people on this earth have come close to attending the number of fashion shows Anna Wintour has, who's been the editor at Vogue for over 21 years. But of all the collections she's seen up-close in her career, only one has the honor of being dubbed her favorite of all time: John Galliano Fall 1994.

The fashion editrix has touched on this subject before, but she brought it up again during a recent YouTube interview with supermodel Naomi Campbell. The supermodel was reading a question submitted by Sir Jony Ive, who asked Wintour how she processes a collection after watching it on the runway. Wintour responded by referencing that Galliano collection.

"It was just the atmosphere that he created and the image and the beauty of the clothes and women," she said of the all-black collection shown in São Schlumberger's Paris mansion. (The designer's friends all pitched in as he had no money at the time.) "I think that's why when we do go back to whatever the new normal is going to be, we will need a sense of coming together. We need that emotional connection."

Campbell, who walked that particular show, recalled that some of the models had to supply their own accessories like tights, bras and shoes. "We came together then to make it happen for John. I agree with you," she said. See, below, for more anecdotes between the two legends, including how Wintour had to fight to get Campbell on her first September cover in 1989 and which leaders and politicians Wintour is fully behind.