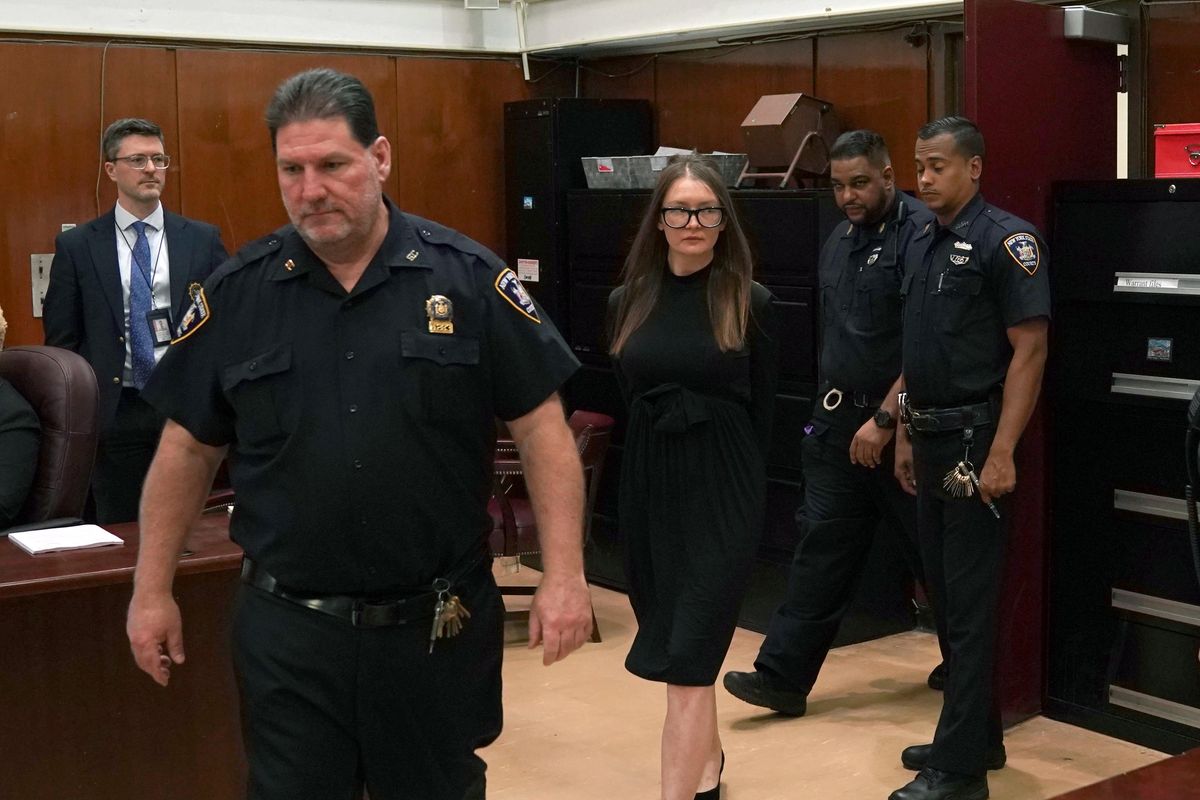 Scammer Anna Delvey, who's known for defrauding New York's elite by pretending to be a wealthy German heiress, has some advice for Donald Trump should he land in Rikers Island due to all the legal charges he's currently facing. The fake heiress posted a letter to the former President on her website giving insider info on how to survive at NYC's main prison complex.

Based on her own experiences and considering Trump's "vast resources and high incentive to flee," Delvey argues that Trump will end up sent to Rikers. Because of that, she writes, "I feel that it's my duty to share my newfound wisdom with someone who will have a plentiful of time and opportunity to put it to good use - you."

The lengthy letter goes into detail on a number of suggestions, including three important ones: To avoid suicide watch because "it's neither a good look nor something you want to be remembered by;" be "gracious" to Department of Corrections employees because Trump will be by far the most exciting thing that happened to them in these past moths;" and also not to buy into the "'good behavior' bullshit" that she says is a "fairy tale they tell all new intakes to make their job easier."

In addition to her advice on what to do, Delvey also gave what she calls "The Essentials" to maximizing his experience there. She advises Trump to "make right friends in security," find a cell phone, cleanse the body, and "stay away from aspiring screenwriters and producers."

She continues towards the end, "It feels great to finally be able to share all this invaluable advice. Telling my story is what really makes me glow from within! You're welcome!"

Trump better take this advice seriously. He's currency facing multiple criminal cases and was recently impeached for a second time. In addition to a number of sexual misconduct charges, he was also banned from Twitter and a number of other social platforms.

Check out Delvey's letter up above.