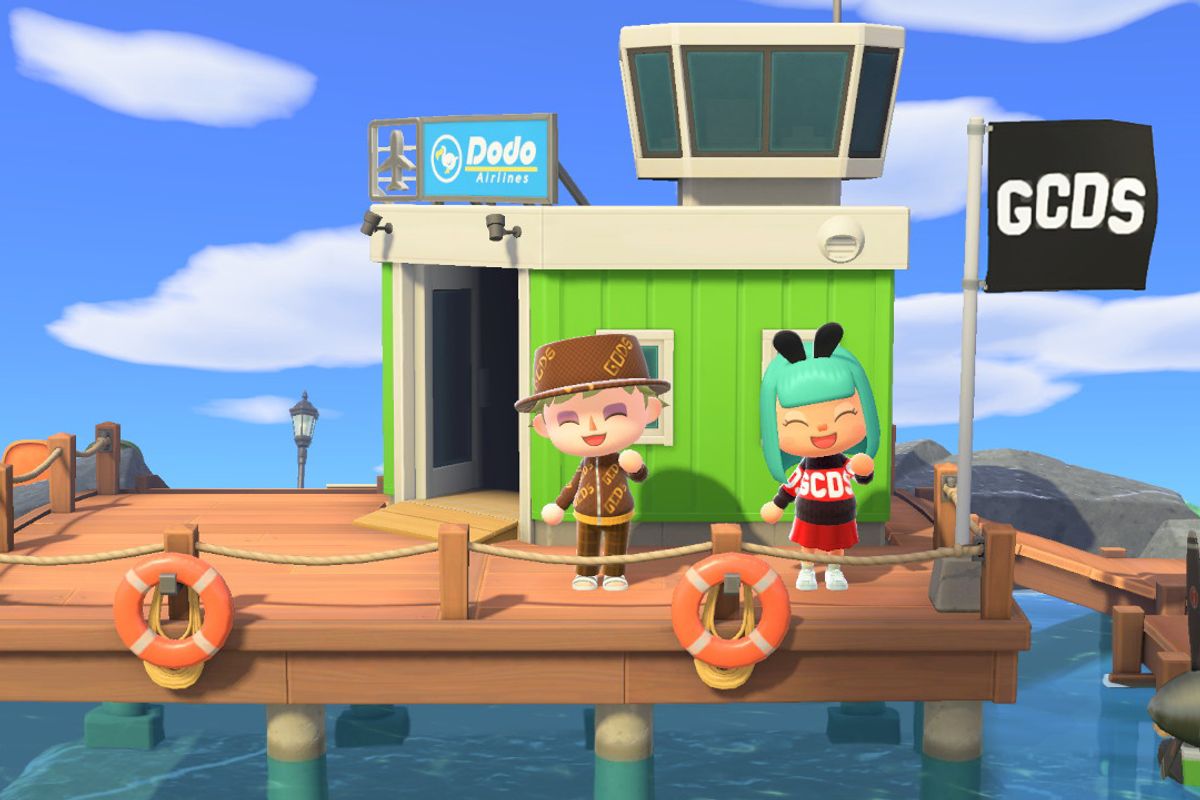 Conveniently arriving just in time to coincide with a global wave of lockdown orders spurred on by the global pandemic, Nintendo's Animal Crossing has been thriving under quarantine. Already boasting a devoted cult-like following, the video game has capitalized off of the fact that so many are now indefinitely stuck at home. To say Animal Crossing has become a quarantine phenomenon would be putting it mildly. (To say it was viral sensation, on the other hand, would be in poor taste.)

In the weeks since the game's release, players are funneling their creativity into the open-ended world of Animal Crossing. From recreations of reality TV shows like Survivor and Deal or No Deal to Queer Eye's Bobby Berk offering interior design tips for fans' in-game homes, players are pushing Animal Crossing well beyond what its developers intended.

One of the more popular sub-communities to quickly garner some attention outside of the Animal Crossing audience has been the large contingent of players devoting their energy toward recreating archival fashion using the game's custom design editor. Accounts like Animal Crossing Fashion Archives, Nook Street Market and Crossing the Runway have diligently been documenting the scores of virtual Prada, Chanel, Dior and Louis Vuitton bootlegs cropping up online and the fashion world is taking notice.

Last month, New York label and downtown scene darling, Sandy Liang, was among the very first to embrace the video game platform by teaming up with What Goes Around Comes Around head buyer Paige Rubin to launch an officially sanctioned pop up in the game. Liang and Rubin worked on recreating pieces from current and past collections that players could in turn download and wear on their own avatars — asking that those who could give a $5 donation to charity Give Directly in exchange.

"I think Animal Crossing can be a powerful way for brands to engage with the customers who love them," Rubin tells WWD. "In an era where so many companies feel they need to be a full lifestyle brand to have a lasting appeal, making themselves available in the virtual world is a unique new way to act on that impulse."

Other big name labels like Marc Jacobs, Valentino and GCDS were quick to join in on the forming trend, the latter of whom teamed up with creators Richmond Young and Shel Orock, the duo behind the aforementioned account Crossing the Runway, to recreate looks from the Italian streetwear label's latest collection.

"When I first saw Animal Crossing I loved how kawaii the imagery was," Anna Sui tells PAPER. The latest designer to embrace the video game platform, Sui explains that importing some of her garments into the game made sense not only on an aesthetic level, but a familial one as well. "I knew some of my nieces and nephews were obsessed, so I called @pear_sui, who's a stop motion animation designer, to create a couple of my classic looks. I love the level of detail in them — they capture the Anna Sui spirit so well."

Given that the fashion industry is being forced to turn to digital fashion shows, at home photo shoots and customer-driven design contests, it's not hard to understand the appeal Animal Crossing has for brands looking to remain relevant. The game's massive captive audience and rather versatile custom design creator have made it the perfect platform for crafting fun look books and cheeky social media campaigns with the added benefit of democratizing their designs for a whole swath of fans that might otherwise not have access, let alone afford, luxury fashions. (Plus it's sustainable too!)

Given that it looks highly unlikely that we'll be returning to a sense of normalcy any time soon, it seems likely that the Animal Crossing craze will have some longevity to it — meaning, these collaborations may be just the tip of the iceberg. It's not hard to imagine a fashion house mounting an entire virtual runway show in the game or even designing custom collections specifically for the game. "It's such an idealized, comforting escape from the realities of today into a world that we can control," Anna Sui says. "And we can look fashionable in that world too!"

And it makes sense, if Animal Crossing is here to stay as our much nicer, surrogate world while we stay home, why not look good while doing it?