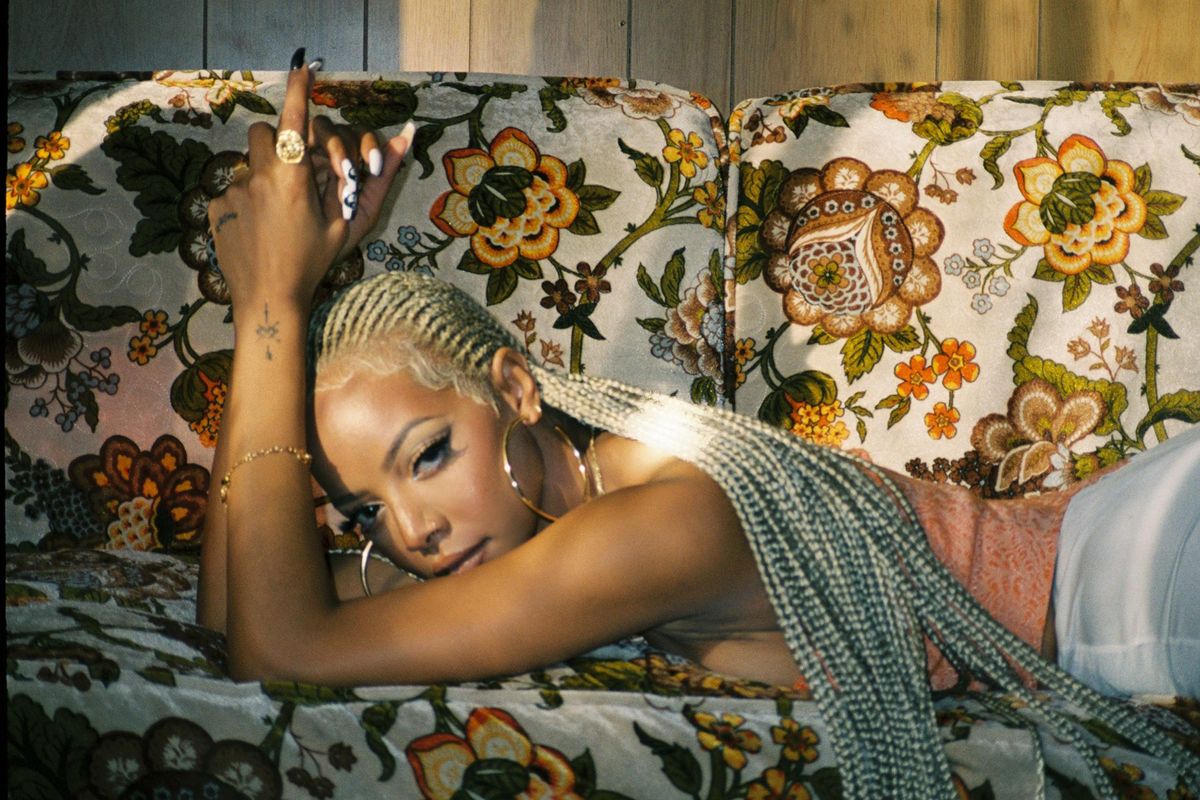 Alycia Bella's voice is instantly unforgettable. "Cue The Sun," released last September with fellow Californian Boogie, proves this as her feather-light voice tip-toes over the track's minimal production. It's no wonder why Bella's widely considered one of R&B's most exciting and talented, new musicians. And with her new album, MUSE, finally out, it's a first glimpse of what Bella can do following a hiatus where she reinvented and molded her sound into what it is today.

If you aren't familiar with Bella yet, you'll want to get her name tatted by the end of MUSE. She became passionate for music at age six and started traveling to Los Angeles to make her own tracks as a teenager, eventually leading her to work with some of the industry's top musicians: Justin Timberlake, Ne-Yo, will.i.am and more. Since then, the Bay Area singer has been building her craft, through releases and a break, that has culminated with MUSE.

"A lot of the songs that I was writing were from a past point of view," Bella says about the 14-track album. "Amongst other things, I was inspired to write about my former relationship and noticed narcissistic traits that linked them all. I noticed that was a consistent pattern and I wanted to find something that framed the story all together and then moved on."

Alycia Bella gave PAPER a track-by-track breakdown of MUSE. Check out her album, in her words, below.

This song wrote itself and all I had to do was tap into its frequency. It was created when I was starved of intimacy, and in a push and pull space with a partner who didn't speak the same love language as me. I was fresh off watching the classic film, The Truman Show, and thought if I was able to play God, I would create a world full of empaths and fearless lovers, with the moon as a disco ball.

We talked for hours about white supremacy and how the white savior in every movie is intended to subconsciously ingrain a complex in us. Vince [Staples] has a genius way of discussing the heaviest topics with humor. It's like being in the studio with Dave Chapelle, but we still needed some intense Black empowerment and sage after that rant.

"God, Drugs and You"

At the height of 2020's collective anxiety, it seemed like anything could and would happen next. I was searching for an anchor – prayer, psychedelics, my soulmate, anything! But it was the simplicity of presence that grounded me. "The stars mean more when I can explore them" is an act of mindfulness.

I had a moment of realization with this song: Maybe, I'm a masochist? Why else would I constantly be in painful relationships? Why would I rather fake love over being alone? Maybe I like it, maybe I'm using it for my art.

I will never forget the afternoon I recorded this. It was the same day Nipsey died and this song always feels bittersweet because of that. The actual song was inspired by an unforgettable adventure I had with a friend who I have a beautiful, yet unconventional relationship with. We rode ATVs through the mud in the deep south of Mississippi. The people who owned the land had confederate flag keychains and drank moonshine and shot 22 calibers in the air. This was also my dad's favorite song because he was from Mississippi. "Mississippi back road muddin."

"Link" is about the weird phenomenon where you know better, but you can't align with your higher self — so you just continue to ignore every red flag and proceed with self-sabotage. I was really weak, but at least I was self-aware.

My friend Summer and I were catching up over voice notes after months of drowning in work and relationship nonsense mid-lockdown. Dealing with narcissistic men for so long will humble you. You have to isolate and do some serious self reflecting and soul searching to get back on your toes. You have to get cocky and tell your friends to hold you accountable. To me, this was a declaration of self preservation. This is a pact to never be scammed again... hopefully.

You know when you've been in a relationship for years and you give it your all and in the blink of an eye, it's over. "He has the audacity to be with someone new," you think to yourself. "Wow, what a waste of time." "For the time that you stole back waiting, yeah you owe me daylight saving."

Forever feeling nostalgic about the summer of 2009. The first time I ever experienced being in love. I wanted to paint that picture with colors that didn't even exist. "I pray the good ones find me, somebody that reminds me of you." We were really young, but he's still a tough act to follow.

I grew up going to sideshows in Oakland, standing outside of Ben's Burger on Mac Arthur, listening to E-40. He's such a solid OG, so I had to have him bless me with his energy and remind anyone who forgets "the Bay is the nucleus."

I always lean towards vulnerability and truth, but I was in the mood for some fantasy. I wanted to feel like the girl who didn't care too much — who doesn't feel "all kumbaya" — like love is all we need. This is my version of being a City Girl. "Protect my space like it's precious cargo, cold like mountains in Colorado" feels like my bulletproof vest.

"Something's in the Water"

A writer I love named Daijah Anasa Ross shared this song with me when I was in a very vulnerable space — it was a very relatable song at the time. Healing from heartbreak can lead you to create these walls for projection. Sometimes it's not even a conscious choice, but the thought of putting yourself in the crossfires of love that can be so daunting. "Something's in the water, you can see it in my eyes." That something is usually fear — fear of being heartbroken again.

It's a pure love song, something timeless that I'd imagine couples wanting to get married to — there's no hint of doubt. I was romanticizing what that kind of relationship must feel like.

This was the first song that I wrote for the project. I came in with a bunch of half notes terrified to sing about moving forward. It's a bittersweet ode to growth and I was in a space of acceptance. Letting go of things that no longer serve me and making space for something new. "Growing apart, swaying away, finding myself here."