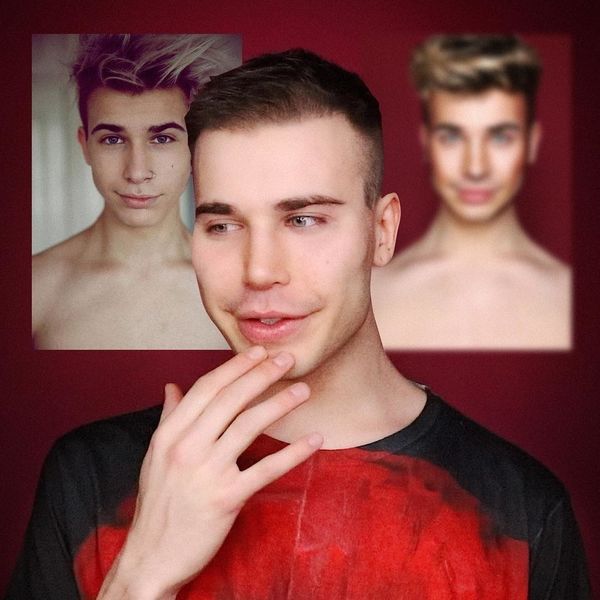 If there is anyone who can push the boundaries of extreme transformation, it's London-based drag performer, makeup artist and illusionist, Alexis Stone.

The YouTuber, who currently boasts a following of more than 700k, is known to transform his face into virtually anyone through makeup alone. And we mean literally anyone: Britney Spears, Kim Kardashian or even Jocelyn Wildenstein.

Related | How I Convinced The World I Fucked Up My Face

Earlier last year, after a series of hateful of comments, the artist posted a number of images where his face appeared completely botched and deformed. After convincing his fans he'd undergone extensive surgical procedures a la Heidi Montag, he eventually revealed he was in fact just sporting a prosthetic mask all this time.

The intention behind this dramatic stunt? Demonstrating the power of makeup in aiding transformations, as he revealed to PAPER.

Months later, the artist continues to test the boundaries of makeup as evidenced with his latest video. In the 9-minute clip, Stone tries to recreate his pre-surgery face (he has had a few minor surgeries, including a nose job, cheek lifts, and lip injections). The idea came from his ardent fans who encouraged him to ditch surgical procedures and said they preferred his "natural look."

"I started to adapt a very unhealthy relationship with makeup and social media," the artist said in the video. "The internet has aged me and I blame all of you for my mental health deterioration and physical one. But I'm here held together by fruits and pins now."

The point of reference behind the transformation is a picture from 10 years ago that shows Stone sans surgery.

"People have this idea that if you have plastic surgery they want every past image of yours burnt," he adds, before contouring his now prominent cheek bones and "bulbous" nose back to their original form.

"It wasn't that I felt unattractive," he says. "I just had some disconnection with the features that I had... the nose I had then just didn't feel like the nose I should have."

The video ends with Stone topping the look with his signature wig. "It doesn't bother me. I feel more beautiful now than I have ever felt in my life," he adds.